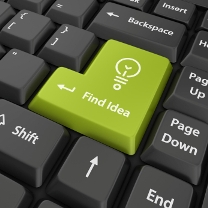 There comes a time in every blogger’s life when the thought of writing another blog post makes you want to . . . well . . . gag.

You know you should write, you know your readers are expecting to hear from you. But sitting down to crank out another post is like throwing your bucket down the creative well and coming up with nothing but mud.

The well is dry, baby. Nothing more to give. And yet somehow you have to find something to say.

Some grizzled veterans like to say you have to write whether you feel like it or not. They tell you to suck it up, stop being a wimp, and do your freakin’ job.

In my experience though, that’s largely crap.

Because when you’re a beginning blogger, you don’t have an editor or publisher giving you the evil eye that says, “You’d better write or else.” No, the only one pushing you is you, and it’s all too easy to let up and go watch TV or play video games or catch up on some sleep.

For us, inspiration isn’t optional; it’s the force that drags us to the computer and tells us it’s time to say something that changes the world. Somehow, you have to find it, and you have to keep finding it for as long as you have a blog.

No, it’s not easy, but it is possible. Here are 10 tricks that have worked for me:

The writers who think up the headlines for magazines like Cosmopolitan and National Enquirer are some of the highest paid, most creative people in the world. So why not piggyback on their work?

Either way, I usually end up with at least 5-10 ideas for new posts.

(Hint: this often works best when you pick magazines that have absolutely nothing to do with your own topic.)

Sometimes, writing a whole post is as simple as finding a crackerjack opening sentence.

Whenever you have a general idea for a post but can’t find an exciting way to open it, try flipping through the first page of novels on your bookshelf (thrillers are often best) and read the first sentence. If you don’t find one there, browse through the archives here at Copyblogger and read the opening sentence of every post.

Often times one will jump out, and it’ll give you the momentum to write a post.

There’s an old saying that to write a lot, you need to read a lot.

And it’s true. Not only does reading teach you what works and what doesn’t, but it can also get you in the mood to write.

Whenever I’m feeling lethargic, I take 15 minutes to read Seth Godin or Stephen King. The way they write is full of so much energy that some of it usually rubs off.

For you, the author may be someone else; what’s important is to find writers who inspire you and keep their work handy for when you need it.

4. Retype passages from those favorite authors

In some direct response advertising agencies, I’ve heard they ask new writers to rewrite famous sales letters over and over again. Many good copywriting courses do the same.

On the surface, this might sound like mindless labor, but it’s not. Something about retyping the words of another writer teaches your mind how they do it.

I know because I’ve done it. After retyping a paragraph or two of Godin or King, I usually have an idea for a new angle or post. It sounds weird, but try it for yourself sometime.

People pass around quotations for a reason; they’re witty, insightful, memorable, everything good writing is supposed to be.

So why not let them inspire you? Go to a website like quotationspage.com and browse through the millions of great quotes. Let one of them spark an exciting new post idea.

Everyone knows about this one, but I’ll give it a slight twist.

Some people find that listening to music while they write helps them, and if that works for you, go for it.

Personally though, I’ve found it’s better to close my eyes and listen to the music before I write, keeping my mind as blank as possible while I do it. Within 30 minutes, an idea usually pops into my head, and then I turn off the music to start writing.

It might seem like a small difference, but if you’ve had trouble writing while listening to music before, give this one a try.

In that vein, one of the best ways to get yourself going is to find a TV show, movie, or radio broadcast with smart dialogue and listen to it for a few minutes. It trains your brain to think conversationally, and sometimes it’ll give you an idea that’s perfect for a post.

You might want to be on the lookout for screenwriters whose dialogue you think is particularly good (Quentin Tarantino and Charlie Kaufman are two good places to start), and listen to their work purely with an ear for how they use dialogue.

8. Talk to your readers

Last year, I invited Copyblogger readers to tell me their frustrations, and then I chose 20 of them for free blog consultations.

The result? Nearly 300 people left comments, explaining in detail what was giving them trouble and why.

I’ve learned more from those comments and consultations than any other form of market research I’ve done at Copyblogger, and they gave me dozens of ideas for new posts and products. It’s humbling, but sometimes you have to realize you’re not the only source of blockbuster ideas. Your readers are full of wonderful ideas too, and they’re eager to give them to you.

This is another tip I got from Stephen King. In his book, On Writing, he advises writing your rough draft with the door closed and then revising with the door open.

He doesn’t mean you actually have to close the door (although it’s a good idea). What he means is you need to forget anyone’s opinion but yours when writing your first draft.

The surest way to frustrate yourself is to imagine what everyone is going to say about your work before you finish it. Get the rough draft done, listening only to your own intuition. You can agonize over how people will react when you’re making revisions.

If you let it, writing can make you miserable. You can force yourself to write about topics you hate, exhaust yourself by writing when you’re tired, and beat yourself up whenever your work doesn’t measure up.

But that’s a mistake. Because the writers who make it aren’t the stereotypical mad geniuses whose careers are a flash of brilliance followed by an untimely death. Most terrific writers are normal people who take joy from their writing, and so they write as much as possible.

It’s so easy to forget the importance of that joy, and in my opinion, that’s the real reason why we have a tough time inspiring ourselves to write. We’re trying to trick ourselves into doing something we hate.

And we need to stop. Because here’s the thing . . . the sooner you allow yourself to have fun with your writing, the easier you’ll find it to sit down and write. It will give you life, and you’ll want to do it.

That’s what writing is about. It’s a gift, not only to our readers, but also to us.

Previous article: Why Third Tribe is Shutting Down
Next article: Johnny’s Copyblogger Wrap-Up: Week of March 29, 2010