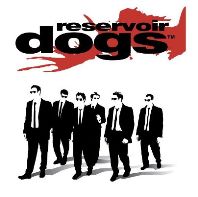 In a recent Copyblogger post discussing how the king of content is being slowly usurped by the Crown Prince of Context, author Larry Brooks referenced the remarkable opening scene of Quentin Tarantino’s new movie Inglourious Basterds.

There are few writers like Tarantino, and though his verbal carpet bombs and kinetic escalation of violence aren’t for everyone, there is no doubt that the dude follows his muse. Those who love him will eagerly wait in lines wrapped around the block to show their support.

In short, Tarantino sells it every time. And by it, I mean an ironclad belief in the worlds he’s created.

On Larry’s post, a great conversation continued downstairs in the comments, where a second Tarantino clip was referenced, the “Sicilian Scene” from True Romance. Though I love both movies, I was inspired to write this post by a scene from Tarantino’s earliest feature, Reservoir Dogs.

In Reservoir Dogs, Tarantino assembles a marvelous scene, on the surface about gaining the confidence of the men the protagonist plans to double cross. Closer inspection reveals the scene for what it really is, a seven-and-a-half-minute love letter to the art of storytelling.

The film itself is about a bank robbery gone bad, though Tarantino manages to turn the adage, “show not tell” upside down by showing only a few seconds of the robbery, while his characters sit around for the rest of the film swapping one slice of story at a time.

Spoiler alert: The hero of the tale is Mr. Orange, an undercover cop, played by the superb Tim Roth, masquerading as a fellow bank-robbing miscreant. The success of his cover hinges on convincing the other criminals of his authenticity. He does this, in part, by reciting “The Commode Story,” a fictitious anecdote that is not only amusing, but also easy to sell to the other delinquents because it deals with a dicey encounter with the law.

It is in the Commode Story where Tarantino becomes the teacher.

It’s all in the details

“An undercover cop’s gotta be Marlon Brando . . . . you gotta be naturalistic as hell — ’cause if you ain’t a good actor — you a bad actor, and bad actors is bullshit in this job.”

It’s the details that sell your story, according to Officer Holdaway, played by Randy Brooks, delivering lines obviously written for a Sam Jackson Tarantino could not yet afford.

Holdaway instructs Mr. Orange on the finer details of selling the story.

“You’ve got to memorize what’s important so you can make the rest your own.”

He then continues to expand his point with something Copyblogger has frequently preached:

“Remember, this story’s about you and how you perceive the events that went down.”

He wraps up with a version of the same sage writing advice Brian’s been posting for years:

As the scene unfolds, we watch as Mr. Orange rehearses the story in his room with slowly mounting confidence until he owns the narrative enough to deliver it without flinching in a smoky bar populated by criminals, any one of whom could end him in an instant.

Eventually, we find ourselves breathlessly watching as the Commode Story unfolds via flashback and Mr. Orange’s voiceover.

We watch as a man packing massive amounts of marijuana finds himself entering a bathroom containing not one, not two, but four police officers and a K-9 unit. As the camera pans the officer’s narrowed eyes, the dog’s fervent attention, and follows Mr. Orange as he tries to casually go about his business without getting busted, the narration adds to the palpable sense of danger.

We feel the tension even though we know Mr. Orange has manufactured every word and was never actually in danger of being busted.

Because Mr. Orange owns the story.

The more you write about a particular topic or in a specific genre, the tighter your work will naturally become. Your expertise will grow. Better words will come to you, and they’ll show up more quickly.

If you write about widgets, write the hell out of your widget copy.

Loving your widget is a great start, but you also have to know your widget inside out and upside down. You must know every surface, every detail. Knowledge and passion will shine through the copy and accentuate the differences between you and everyone else writing about widgets.

If you want to be a great writer, you’ve got to own the story. Fiction or sales copy, know your story like nobody else and you will write words that no one else can touch.

Previous article: How to Get Lucky With Content Marketing
Next article: Get Off Your Computer and Become a Better Blogger