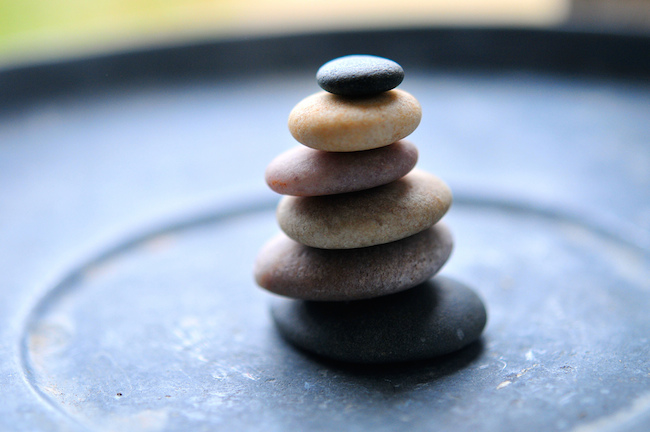 Simplicity is the ultimate sophistication.

So here’s the question: What does plagiarized advice from the 16th century have to do with marketing copy in the 21st?

The simple answer (pun intended) is everything.

Brevity is no longer a luxury

According to a recent Harvard Business Review article, the “single biggest driver” of a consumer’s likelihood to “follow through on an intended purchase, buy the product repeatedly, and recommend it to others” was “by far … simplicity.”

We’re in the clarity business, simplifying people’s convoluted ideas and wresting their wild, out-of-control text into something more civilized and comprehensible.

Because in a world teeming with “Blogs, Podcasts, Videos, Ebooks, Webinars (and More)” — as the subtitle of Handley and Chapman’s book explains — brevity isn’t a luxury; it’s a necessity.

So if you want to engage your audience, inspire them to action, and ultimately (pregnant pause) sell, the most fundamental question you can ask is, “How do I keep it simple?”

To that end, here are six simple steps for writing simple copy that, simply put, sells.

1. Have only one goal (seriously: just one)

My aim is to put down on paper what I see and what I feel in the best and simplest way.

The fundamental difference between simple copy and complex copy is the word “one.”

Everybody wants their sales copy to close. But until you’ve got a short, specific, and (above all) singular goal, it won’t.

In marketing terms, this means disciplining yourself to stick to the call to action (CTA), the whole CTA, and nothing but the CTA.

There are, of course, many ways I cast nets to find clients. Books, tele-seminars, webinars, newsletters … all are done ultimately with the intention of gently inviting people to inquire about my services.

Yet each has a different strategic purpose.

2. Only have one audience

Therefore, since brevity is the soul of wit
And tediousness the limbs and outward flourishes,
I will be brief: your noble son is mad.

As far as the latter goes, it doesn’t get much simpler (or more visceral) than the story Perry Marshall tells in 80/20 Sales and Marketing about his friend and colleague John Paul Mendocha.

At 17, John dropped out of high school and ran off to Vegas to become a professional gambler. Being young and inexperienced, John soon convinced Rob, a Vegas native, to take him under his wing and show him the ropes.

Their first lesson? Racking the shotgun.

Rob took John to a cabaret. They walked in the door and sat down….

Rob had a sawed-off shotgun in his jacket. He pulled [it] out [and] slipped it under the table. He pressed the lever, popping the chamber open as if to load it. But instead of inserting a shell he loudly snapped it back shut.

A few heads in the crowd twisted around, trying to see where the racking sound had come from. Everyone else was oblivious….

Then [Rob] leaned over and said to John, ‘John, the people who turned around — those guys are NOT marks. Do not play poker with them.’

‘John, your job is play cards with everybody else.’

Who you aren’t selling to is even more important than who you are.

In other words, having one audience means “racking the shotgun” early and often.

It means qualifying your audience. Focusing and narrowing. Which first requires you actually have an audience.

And just like your one goal, your one audience has to be specific.

Remember: it all comes down to one.

3. Make it conversational … by actually conversing

I didn’t have time to write a short letter, so I wrote a long one instead.

Most of the communication errors we make on paper we don’t make in conversation.

This is especially true when it comes to not being simple.

When we talk, we flow. We use nouns and verbs (a simple writer’s best friends), and we use them plainly. We communicate rhythmically, informally, and naturally. We don’t get caught up in long, complex sentences or trip over trying to “sound smart.”

And we do it all without thinking … which (of course) is the point.

To combat complexity, your best tool is conversation.

You can start by not only enlisting the help of an editor, but by asking him or her to read your copy out loud … in front of you. Scary stuff, I know, but reading it out loud can turn even the most inexperienced editor into a sniper.

Just remember that what you’re listening for isn’t so much mistakes. It’s anything that trips up your accomplice, anything that doesn’t sound like what one real person would say to another, anything that makes them stop and say, “Hmmm.”

What if you can’t actually converse with someone? Converse with yourself. I keep an old-school tape recorder on my desk for this very reason.

The trick is to give yourself a long enough break to generate fresh eyes and fresh ears.

After you’ve finished a draft, record it. Then, after an hour or two to detach from the writing of the draft, sit back down and listen to the recording … without looking at the words themselves.

Again, just like you would if you had a real person to talk to, make note of anything that smacks of complexity and non-conversationality (i.e., like the word “non-converationality”).

If you can’t explain it to a six-year-old, you don’t understand it yourself.

Whenever I start a new freelance gig, I tell the client, “The most profitable time we’re going to spend together is week one. I’m probably not going to produce much, but what I will do is ask, inquire, question, and basically be annoying. For those first few precious days, I’m going to be an outsider. Soon enough, I won’t be and that’s when I’ll start writing. But while I am, listen to me. That’s when what I say will count the most.”

We all struggle with insider vision — the curse of knowledge. Hanging onto what it’s like to not know something is nearly impossible.

And sooner, rather than later, this insider vision turns into insider language. We start using bland buzz words and phrases like “monetize,” “synergy,” “core competency,” and a host of others that ought to be banned forever.

Don’t be afraid to use big words in your copy, if they’re appropriate and (especially) if they can replace a phrase or string of words. But make them worth your audiences’ while, and explain them if necessary.

5. Cut your adjectives in half and your adverbs altogether (almost)

Often I think writing is sheer paring away of oneself leaving always something thinner, barer, more meager.

This one’s really just a matter of math: “Most adjectives and adverbs don’t add information; they just take up space and dull your message.”

Or, as Jerod Morris put it, inspired by Stephen King’s hatred for adverbs: “Write what you mean and mean what you write. Use adverbs where they are pretty and unique in their boldness. Then, and only then.”

Why do we assume that simple is good?

Because … simplicity isn’t just a visual style. It’s not just minimalism or the absence of clutter. It involves digging through the depth of the complexity.

To be truly simple, you have to go really deep.

You have to deeply understand the essence of a product in order to be able to get rid of the parts that are not essential.

But just saying “less is more” is easy. Living it is hard. In fact, it’s downright painful.

And it should be.

Think about it like this: to cure gangrene you gotta get past the rotten bits and into the pink. Deep into the pink. If you don’t feel it when you cut, you’re still just messing around with the dead stuff.

But when it does hurt, when you say to yourself, “Oh geez, I pored over that sentence. I love that paragraph. Man that’s clever … but it doesn’t add enough value, so it just has to go,” that’s when you know you’re on the right track.

Courtesy of George Orwell, here’s a quick cheat sheet to make this as practical as possible:

Simplicity and clarity lead to trust

There it is: six steps, one goal. Simplicity.

Because the alternative to simple and clear is hard and confusing, which is not a recipe for copy that will generate sales.

Here is a final quote from Marshall, who lays out the matter a bit more philosophically:

Simple and clear lead to know, like, and trust. And that leads to sales.

Keep it simple, keep it clear, and your copy will drive measurable results.

Do you struggle with this?

Do you have a hard time keeping your copy simple? Many of us do.

You may also wonder when copy becomes too simple.

Join us over at Google+ to discuss.

Editor’s note: If you found this post useful, we recommend you put Aaron’s advice to work using the plan laid out by Pamela Wilson here: A Simple Plan for Writing One Powerful Piece of Online Content per Week.

Aaron Orendorff is the VP of Marketing at Common Thread Collective, an ecommerce growth agency helping DTC brands scale beyond $2M-$30M. Previously, he served as Editor in Chief of Shopify Plus; his work has appeared on The New York Times, Forbes, Mashable, Business Insider, and more. If you’d like to connect with Aaron, reach out via social — he’s a sucker for DMs about content marketing, bunnies, and rejection.

Previous article: The 8 Types of Images That Increase the Psychological Impact of Your Content
Next article: How to Curate Knowledge, Turn it Into Wisdom, and Build Your Audience