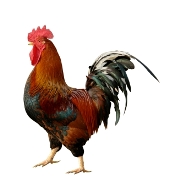 I’ve found it just doesn’t pay to crow too much about what I’ve accomplished.

Sure, I celebrate when things go well. But I’ve found that talking too much about my achievements leads not only to criticism, but to disappointment.

There’s always going to be someone who’s done more or worked harder. And until they carve my name into the side of the moon, I see no reason in puffing myself up. The minute you get a big head is the same minute that reality smacks you and you realize that you aren’t as cool as you think you are.

So self-adulation is something I try to stay away from. But self promotion? That’s a whole different story.

If you take a look at the most successful (or talked about) people in any field, you’ll almost always see someone incredibly talented in the art of self-promotion.

Robert Kiyosaki, author of the Rich Dad Poor Dad books, mentioned at one point that he’s a “bestselling author” and not a “best-writing author.” Dean Karnazes, known as “The Ultramarathon Man,” is not the best athlete in his field, but he is by far the best at self-promotion.

So what’s the difference?

Your ideas might inspire hope, thought, or action . . . but as a general rule, good ideas inspire something.

People promote Chris Brogan because he makes them feel good. His ideas inspire thought and that warm fuzzy feeling we all get when we make a sincere connection.

On the other hand, you and I aren’t going around bragging about how many books he’s sold or how many speeches he’s given. We don’t care about that because it’s the ideas that inspire . . . not the achievements.

How to create a self-promotion platform

1. The first step is to be confident. If you aren’t inspired by your actions or ideas, no one else will be either.

Look at Muhammad Ali, one of the greatest self-promoters in history. We loved him not just because he truly was “the greatest,” but also for his integrity and the boldness of his ideas.

2. The next step is to start spreading your ideas. You can’t be wishy washy . . . you have to stand for something.

Make your vision as clear and as concise as possible. Brand yourself and your ideas as unique. (Remember, although few ideas are genuinely unique, your expression can be.) Seth Godin does this exceptionally well.

3. Once you have a platform, start your campaign. Use strong, descriptive language when explaining your ideas and plan of action. Build a tight and loyal community that believes in you, then inspire and empower them to take action.

Make it cool to be a fan, like Gary Vee did with his Vaynernation wristbands or like Lance Armstrong did with his yellow bracelets. Having a symbolic identifier like this is extremely powerful.

4. Lastly, don’t be afraid to talk about your ideas and spread the message. Just remember that it’s not about your world . . . it’s about how others can fit into it.

Creating buzz is essential, so reach out to power brokers and tell them why they should promote you. If they won’t, create power brokers from within. Build others up until they have the power to build you up. This last part is something that Oprah excels at, and it’s how she’s built a billion-dollar empire.

Your ideas need you

If you implement this plan successfully, you’ll probably take some flak. People might label you over-confident or cocky.

That’s good. Define yourself in such a way that people either love you or hate you.

There are fans out there for every self-promoter. Your task is to find them. That, and to make it easy for them to bring a friend.

Your ideas need you. If you have a vision, don’t let anyone stand in your way.

I know it sounds a bit “out there,” but I firmly believe that ideas are living things. They need you to get over your self-adulation, to get out there, and to fight for them. Are you ready?

Previous article: SEO Copywriting: The Five Essential Elements to Focus On
Next article: Does Writing for People Work for SEO?