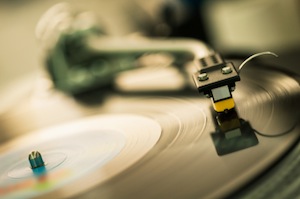 The last time I was in Texas for the South by Southwest festival, one of the highlights of my trip was watching Pace Smith play a video game called Dance Dance Revolution.

She used to play competitively, so her gameplay is serious business. Her feet moved like two blurs. Jump. Jump. Twist. It was an impressive thing to watch.

It looked so cool, in fact, that I decided I wanted to learn to play DDR too. So I bought a copy for my Wii, put the plastic dance pad on my floor, and quickly realized how incompetent I was.

If Dance Dance Revolution dancing were a business, Pace would be the one with all the clients and income she could stand. I, on the other hand, would be the crappy little online startup that couldn’t get any traffic, clients, or revenue. I was pulling out my hair in frustration, screaming, “Why isn’t this working?”

It seemed that Pace had some kind of inborn skill that I simply didn’t have. She knew something I didn’t know. Does any of this sound familiar?

You know those overnight success stories you’ve heard about?
It’s not the whole story. Dig deeper and you’ll usually find people
who have busted their asses for years to get into a position
where things could take off.
~ Jason Fried and David Heinemeier Hansson, 37 Signals

There’s nothing remarkable about it. All one has to do is hit the right keys at the right time and the instrument plays itself.
~ Johann Sebastian Bach

I know the notion that DDR and business aren’t dissimilar sounds absurd, but think about it for a second.

Pace wasn’t born being good at DDR. She was once where I was, as frustrated as I was, as disbelieving as I was that she could ever hit all of those fast-moving arrows.

But what you may not really, truly understand — at least on a conscious level — is that not that long ago, Copyblogger had two subscribers, and both of them were Brian Clark.

What about Apple? That’s a big, successful company. Do you think Jobs and Wozniak always knew what they were doing, back in 1976 when they sold Apple I kits that didn’t even have keyboards? Ronald Wayne apparently didn’t think much of the little startup’s prospects, considering he sold out of it for $800.

So how did Steve Jobs turn it into a half-trillion dollar company and a cultural icon? He did it the same way that Pace got better at DDR.

To improve what he was doing, Steve Jobs practiced.

One was on a dance pad and one was in a board room or talking design with Jony Ive, but the details don’t matter. The mastery of anything — be it gaming or business — comes only from practice.

Think about it. It wasn’t always smooth sailing for Apple. Sure, we look at the iPod, iPhone, iPad, and Mac lines today and think (rightly) that Apple is riding high. But do you remember the Apple Lisa? The Macintosh Portable? The ROKR? The Taligent OS? Yeah, neither does anyone else. Hell, Jobs even got kicked out of the company at one point — and stayed out for ten years.

Talk about an epic fail.

And really, it’s not that different from failing out of a DDR song with the arrows screaming past at impossible speeds. Both seem like insurmountable challenges … and even if you decide to face those challenges, they seem impossible pretty much the whole time you’re working on overcoming them.

And then one day, after more days of practice than they could count, both the DDR maestro and the Apple CEO achieved what used to seem flat-out impossible — be it a multi-billion-dollar industry titan or a ten-foot song played perfectly on Expert.

If I ever expect to be as good at Pace on Dance Dance Revolution, I had to practice, just as she practiced.

And really, that’s incredibly obvious. Nobody could disagree with the sentence above. Nobody would propose that practice wasn’t necessary, and that I should just take a course that would make me fabulous overnight by revealing some top-secret insider trick that only DDR gurus knew. That would be ludicrous.

So why do we think that’s a smart way to become successful in business?

The problem with shortcuts and tricks

If your site isn’t getting the traffic you need or if your business is failing, you don’t need the latest, greatest, most amazing, new, trendy, magical trick out there.

What you need to do is to practice the basics. You need to bore yourself silly by making small, daily improvements in the fundamentals of business that have existed for hundreds of years.

Every day, get better at learning about your audience, getting more deeply in touch with their needs and desires.

Every day, make your communication a little bit clearer.

Every day, try to meet another person or two who might one day turn into a friend, a customer, or a fan.

Every day, polish your products and services a little, and make them of more value to those who buy them.

If you’re online, make sure there is a clear path between your reader’s problem, the information your site greets that reader with, and what you’re offering for sale.

Make sure you have given them an obvious way to opt in to your email list and a reason for doing so. Make sure you treat that list well and communicate with it often. Then put yourself in the shoes of your reader and ask yourself if you’d buy what you have to offer, from you, at the price you’re asking. Then, because you’re biased, ask other people to do the same.

And on the flip side, stop worrying about the latest and greatest tricks.

All the hot new LinkedIn strategies in the world won’t do you any good if your offer is unclear or uninteresting.

All the ad retargeting and automated webinars and search engine optimization in the world will get you nowhere if your content sucks, or if you conduct your business like an amateur.

Of course many do, in the short term.

Instead, sit down at your desk, face your keyboard, and get back to doing the work that matters.

If people knew how hard I worked to achieve my mastery,
it wouldn’t seem so wonderful after all.
~ Michelangelo

The unpleasant truth about mastering anything is that you must keep doing the work and practicing the fundamentals until you become excellent.

You don’t need the secret, amazing, known-only-to-gurus Easy Button. What you need is to put in the hours.

And so, in the absence of a Twitter Mastery course on Dance Dance Revolution, I simply went downstairs each day and failed my way through a few songs. It was slow going, and progress was hard to see. I just kept putting in the time and hoping that what felt like alchemy might produce results — just like I did when my business was new, when I was banging my head against the wall and operating on faith that time would yield results.

Then I tried a song or two that were harder. I screwed them up terribly. It was like the many times I made dumb, unsuccessful experiments in my business and failed. And yeah, it set me back, but I kept at it.

Practice makes perfect. Your mother had it right all along.

Now, I think I’ve made my point, but there’s clearly no way I’m getting out of this post without giving you a video of me dancing nowadays, so here we go:

Can’t see the video above? Watch it on YouTube.

Now if I can just design the next iPad and become a billionaire.

Well, give it time.

P.S: I didn’t dance that song perfectly, and there is actually another level of difficulty above what you see there. That higher level is clearly impossible, so of course I’m working on it now.