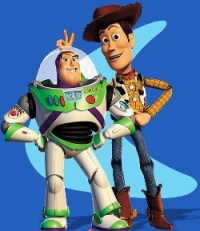 Okay, maybe not everyone. Let’s just say everyone except that 10% of the human race who enjoy hating on awesome like I enjoy sipping coffee.

Fifteen years ago, Pixar smashed the creative and technical limits of the animated feature film.

It would be easy saying they came from nowhere, if it wasn’t for the decade they spent scraping by, sharpening their craft, rewriting broken rules while keeping what was best about the classics in their genre.

Yes, there is some magic, but it’s the kind that comes from plenty of commitment and hard work. Follow these five steps and eliminate the limits on what you or your business can achieve.

1. Be consistent and build trust

Toy Story 3 is now in theaters, continuing an impossibly solid 11-film winning streak — throughout its history, each of Pixar’s movies has debuted at the number one position in ticket sales.

From the first film to this newest, Pixar never stepped sideways. Their second film, A Bug’s Life, is probably their least appreciated, but still wonderful. Cars is my own least favorite, but it was my son’s #1 for two years straight, and I’m pretty sure anytime Mattel needs money, they can just churn out another fleet of Cars characters.

That kind of consistency creates trust: a trust that has vaulted Pixar to enviable success.

Each of Pixar’s films has been a box office smash, averaging more than $550 million per film in worldwide sales. Add DVDs, fast-food promotional tie-ins and the like, and you begin to understand that it’s Pixar that has made Steve Jobs really, really rich, more than his other company, one that’s also known for consistency, quality, and undeniable brand loyalty.

2. Take the time to do things right

Toy Story re-energized the world of mega-budget digital animation. But unlike the hurry-up-and-render aesthetic of most other studios, each of Pixar’s films is pixel perfect.

Unlike live action footage, every second of an animated feature requires specific articulation, many times over. There are no second takes. Yet Pixar has re-worked entire sections of their films they didn’t deem good enough, and even switched directors midway through the production of Ratatouille.

According to a June 2010 article in Wired, the average frame of animation of Toy Story 3 took seven hours of computing time. There are 24 frames in a second of movie footage.

Pixar would rather be late than shoddy. In a culture where we have timers at the drive-thru, guaranteeing the opportunity to deliver high blood pressure and heart disease in under 60 seconds, that type of care is rare.

And audiences know it.

3. Tell a story that connects

Sure, Pixar movies pop visually right off the screen (even before 3D versions). But it’s story and character that keep the audience coming back again and again.

Pixar has always understood something that most studios can’t seem to grasp — if you want to create highly profitable work, you’re in deep trouble without some amazing writers.

Memorable, lovable characters are a Pixar standard. From Buzz and Woody to Nemo and Wall-E, our affection for Pixar characters lingers. In comparison, characters in most other animated features seem pretty … two-dimensional.

Pixar fosters a connection with their audience through great storytelling. They speak to enduring archetypes, and deliver lessons we’ve all learned (or still need to).

Looking life’s regrets in the eye. Mourning the loss of a loved one. Making room for new relationships. Swallowing fear in the face of adventure.

I know I’m not the only grown-up to regularly quote Pixar characters. Tarantino is the only filmmaker I quote more, and I can only do that after my kids fall asleep.

Brilliant writing and the ability to connect leave a genuine, lasting impression on our memories.

4. Know yourself, your product, and your team

The hidden secret in Pixar’s sauce is its extraordinary team.

Usually, studios assemble a cast of freelance professionals for each project. Pixar houses a staff of writers, directors, animators, and technicians who move from project to project.

I know I’d have my face in the mud if it wasn’t for the remarkable people I work with each day. I admire Pixar for building a team of filmmakers who know, trust, and believe in one another. A team that’s fanatic about quality, and where everyone has a voice.

Steve Jobs, who brought director/screenwriter Brad Bird to Pixar after the studio’s first trio of home runs because he didn’t want the company’s innovation to stagnate, said:

For imagination-based companies to succeed in the long run, making money can’t be the focus.

Brad went on to write and direct The Incredibles and Ratatouille, both movies with strong themes of family and friendship. He agrees teamwork has been paramount to Pixar’s success:

The relentless drive for superb quality comes from within the team itself. According to the same Wired article, the animation team gathers each morning on comfy couches with bowls of Cap’n Crunch cereal to review and rag the prior day’s work. (The team encourages criticism, even from the most junior team members.)

It’s this sort of healthy creative environment that allows Pixar to correct missteps before they appear on screen, and achieve something close to perfection.

Do what Pixar did. Be consistent, take your time, put out a superb product, build an excellent team, and know exactly who you are.

Your own digital magic awaits.