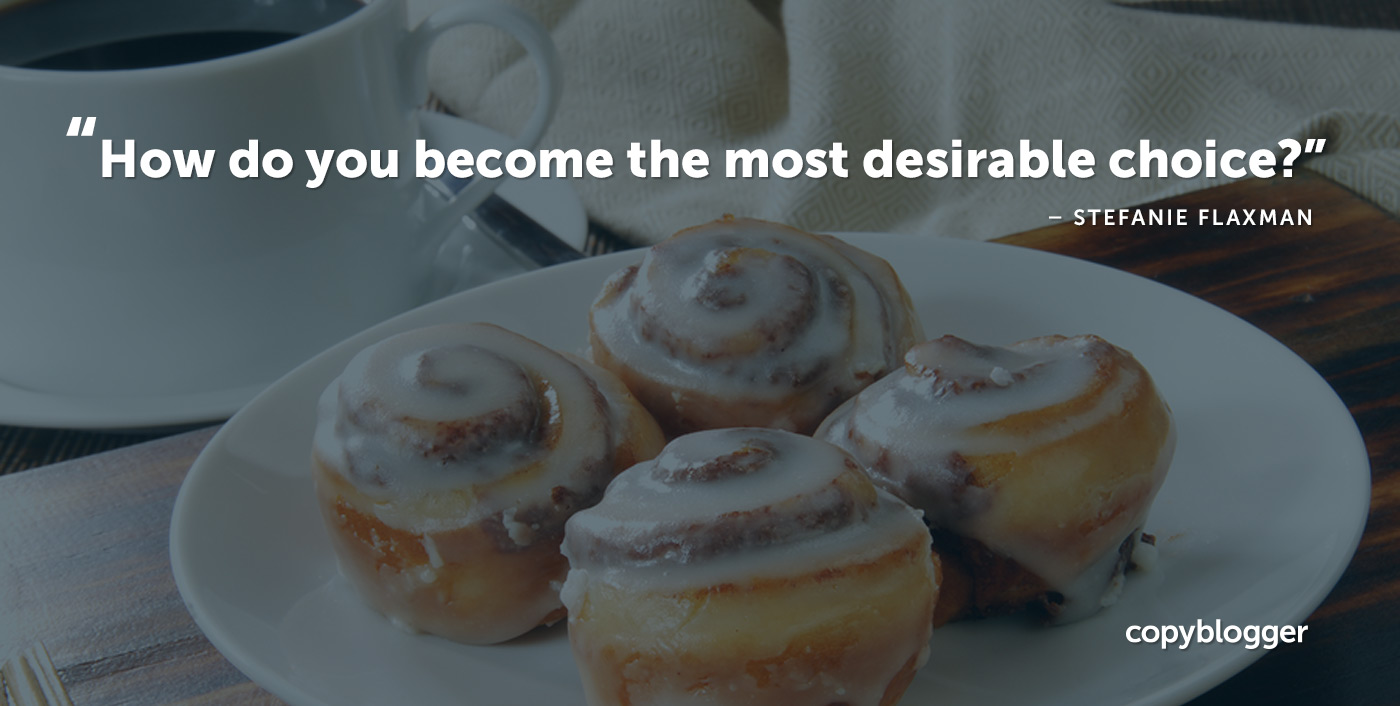 If it’s not one thing, it’s another.

A limited number of choices might make us feel like we have to settle for what’s available.

But more often these days, our predicament is that making a decision can be quite time-consuming.

Typing a phrase or question into a search engine presents us with a number of options, and we want to perform enough research to feel confident that we’re making the best choice — whether we’re looking for an organic nail salon or trying new vegan baked goods.

When donuts just won’t do

Unlike Sonia’s search for the perfect gluten-free cupcakes, I have a number of go-to places for excellent vegan donuts that all hit the spot when my sweet tooth needs to be satisfied.

However, for my birthday this year, donuts seemed a bit boring. I could get them anytime and I wanted something special — something I’d never tried before.

I had heard of a bakery across town that exclusively makes vegan cinnamon rolls with a large variety of flavors and toppings.

I once told a meat-and-dairy-eater friend that I wanted to go to that shop sometime; he told me that he’d been there and confirmed that it’s great. Then he looked at me confused and said: “But you’re vegan …”

He had no idea that the cinnamon rolls didn’t contain dairy or eggs.

Different than donuts and so tasty that they’re non-vegan approved? Done. It was the clear choice.

The moment of truth

At this point, the cinnamon rolls had a lot of hype to live up to — and let me tell you, they did not disappoint.

Delicious. Every ooey-gooey drop of frosting. Every buttery crumb.

They were certainly the special birthday treat I was looking for, so I was very pleased with my decision until I realized …

The real moment of truth

The presentation was different but the contents were the same. Without knowing that, I chose the dessert that appeared more special.

And I still feel they were worth the drive across town, so I’ve been back several times since.

How do you become the most desirable choice?

When you work in a viable niche, there are going to be a lot of other products and services that look like yours.

You could be intimidated by that or you could use your creativity to stand out.

The cinnamon roll bakery took a recipe that could easily make donuts and turned the final product into a rarer delicacy in the vegan world.

But it’s important to note that their positioning still makes the dessert recognizable.

They didn’t call them vegan rainbow unicorn hugs. That name isn’t clear or persuasive — and this dessert had to be intriguing enough to justify sitting in Los Angeles traffic for 45 minutes.

Find the intersection of phenomenal and familiar

Remember that people have a lot of choices and your marketing consistently needs to present the reason they should choose you.

Take something that exists in the marketplace and position it as less common and more valuable.

Sometimes it’s not enough to be a vegan donut.

Be the vegan cinnamon roll.

Stefanie Flaxman is Copyblogger’s Editor-in-Chief. Over on YouTube, you can check out her digital tea series for writers and play relaxing rain sounds while you write.