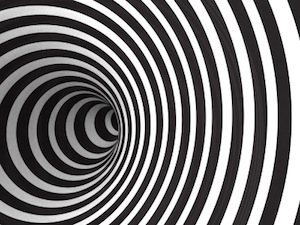 They are the problem, right?

Here you are with a blog or a product or a charity you believe will change the world, and yet no matter how excited you are about the possibilities, no matter how much faith you have in yourself, you can’t help being worried:

You don’t know. You can’t know. And it bothers you.

Wouldn’t it be easier if you could just close your eyes, pop over into their mind, and seize control?

Yeah. Too bad it’s not possible …

A Brief Introduction to Mind Control

As it happens, mind control is possible. Sort of.

No, you can’t turn your customers, partners, and in-laws into mindless zombies, but you can influence them.

In fact, there’s a science to it.

Back in the 1980s, a researcher by the name of Dr. Robert Cialdini wrote a book called Influence: The Psychology of Persuasion. He outlined different principles scientifically proven to influence people, as well as suggestions for how to do it.

Since then, it’s become maybe the most important book in the field of marketing. If you haven’t read it, you should, as well as the sequel.

Mind control isn’t about magic powers, arcane arts, or even shaving your head and gallivanting around in a wheelchair (although, I’ve been tempted). The truth is it’s about something that makes a lot of people squeamish: marketing.

The Truth about Marketing

The core of marketing isn’t customer profiling or market segmentation or any of the other complicated nonsense taught in most business schools.

It’s infinitely simpler than that, and it can be encapsulated in one word:

If you get enough yeses, your blog/business/charity succeeds. If you don’t, it fails. It’s so simple, and yet so few of us really understand how to do it.

What follows is a marketer’s guide to mind control. Use these seven strategies wisely.

1. Do all the thinking for them

The worst mistake you can make when asking anyone for anything is telling them to “Think it over.”

Here’s why: people already have too much to think about.

Between their jobs, their family, and their own hobbies and friends, their mind is already stuffed, like a suitcase bulging at the sides. Add one more sock, and the whole thing will explode.

To avoid it, they “forget” about things that aren’t very important to them, or if they do think about you, they don’t think very hard. It’s not because they are lazy or stupid. They’re just busy, and you’re probably not very high up the priority list.

And so the best strategy is to not ask them to think.

Do it for them.

Be specific. Explain your reasoning. Offer proof. Tell them what to do next and why.

If you do it right, it won’t feel like asking at all. It’ll be more like advising.

And they’ll say yes. Not because of magical powers of persuasion, but because you’ve thought through everything, and it’s a no-brainer.

Creating a successful marketing campaign is a lot like starting an avalanche.

The first big yes is a pain in the butt to get, but if you get it from the right person, then getting all of the subsequent yeses is easy.

Of course, a lot of marketers recommend taking the opposite approach.

They tell you to start from the bottom and work your way up because it’s easier.

But really, it’s just an illusion. Yes, pushing over a small rock is easier than pushing over a boulder, but the boulder is a lot more likely to cause an avalanche. So while it’s more work in the beginning to get top people to help you, it’s actually less work in the long run, and the results are far, far greater.

You’ve probably heard the expression, “Give them an inch, and they’ll take a mile,” right?

Whenever you’re asking for anything, never start by asking for everything upfront. Instead, start small. Make it easy to get started. Reduce the risk if it flops. Let them see the results for themselves.

You might think that’s unethical, but if everything is going well, why not push for more? It’s not manipulation. It’s common sense.