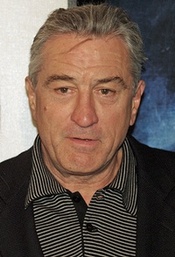 All the world’s a stage, and all the men and women merely players. ~William Shakespeare

You know what method acting is, right? That’s when an actor attempts to become the character by living the psychological life of the subject as precisely as possible before and during the role.

With method blogging, you can become the type of person you want to… before you have the confidence to be that person in real life.

Many people embrace blogging with a confident voice. They’re no longer invisible. They seize the microphone and shout out for all who want to hear. They love their audience, and the audience loves them back, filling the seats for each show.

Some bloggers struggle, though. Not everyone is comfortable standing front and center. These bloggers have a really hard time. They want to blog, but they stand in the sidelines, scared and unsure.

They carefully walk out onto the stage, inwardly wincing at the loud echo of their shoes on the hardwood flooring. They clear their throat and hesitantly offer a quiet opinion. The lights are bright and blinding. It’s hard to see whether people are watching. Nervous sweat breaks out.

Truth is, even the most confident blogger suffers insecurities. But these self-doubts and uncertainties just aren’t part of the character role they play.

Putting on a Performance

It can be tough to expose ourselves on a blog, especially when we’re new at the game. But remember Shakespeare? All the world’s a stage. The men and women are merely players.

Blogging is a performance, and when you understand that, you can use the analogy to improve your confidence.

Go ahead. Imagine your blog is your stage. Your posts are the scripts. What character does your performance call for? Assume that role. Create the persona that matches the need.

Does your show call for an expert professional? Pretend you’re wearing a suit and holding a briefcase. Hey, you could even get up off your chair and walk around a bit to practice your performance.

Or maybe your blog needs a vivacious go-getter. Imagine you have a whistle while coaching people on. Would you clap? Would you cheer? What sort of voice would that go-getter have?

Be Who You’re Not – Until You Are

When you take on a role, you can act and behave differently than you do in real life. Actors in Hollywood do this all the time. Julia Roberts played a prostitute. Robert de Niro played a gangster. Brad Pitt and George Clooney played heist specialists.

Then they all went home to their regular lives to be whoever they are.

I’m not suggesting that we all become people we’re not. What I am suggesting is that if you have a hard time gathering the confidence to get on the blogging stage because you feel exposed, then use acting as a springboard to gain the confidence you need.

Assume the role that fits your blog, and play it to the hilt until you feel comfortable. Practice your role and rehearse your part. By then? You’ll probably have found the confidence to be who you want to be.

Then you can really put on a good show.