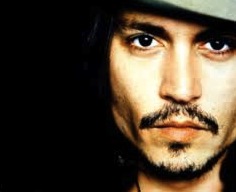 On Stranger Tides is just one more in the long line of big budget Hollywood movies. Or is it?

Actually, it happens to be just another movie that Johnny Depp refused to appear in for anything short of $42,000,000.

He charges that amount because the movie can’t exist with out him.

Johnny’s the star of the show. Pirates of the Caribbean without Captain Jack Sparrow is like an ice cream sundae with no ice cream.

But if Johnny Depp didn’t act in movies — if he were a regular job-holding guy from Kentucky — nobody would care about him. Nobody would pay him.

That could easily have happened, you know.

John Christopher Depp is a high-school dropout from Lexington, Kentucky. He once made a (sort of) living as a ballpoint pen salesman. My cousin swears she once spotted him years ago in a local WalMart.

He was unshaved. His clothes were old and torn. He looked like a hippie. Reclusive. Possibly homeless.

That doesn’t match his public image, does it?

How does he do it?

How does a normal guy become an A-list star — attracting a raving following and getting paid to do what he loves?

It’s about entertaining his audience. Johnny isn’t messing around trying to collect his thoughts or share breaking news in pirate technology.

No, he’s giving his audience the content they’re looking for. He’s connecting and delivering.

Here’s what Johnny Depp means to your blog

You’re actually in the entertainment business.

Every byte of data you blast onto the web is a piece of your movie.

Each time you publish a post, you’re broadcasting a scene — a link in the chain — that brings your film to the next level.

It takes work. Some days you feel like retreating to your little hometown …

But remember, when the camera’s running, you have to connect.

You aren’t doing this to become a better writer, even if that’s a sneaky side effect.

You aren’t doing it for the fame or money — though money facilitates the journey.

You aren’t doing it just for you — though you absolutely love what you’re doing.

The moment you focus on those things, you lose your touch.

Like an major league baseball player at bat, your eyes are glued to the ball. You ignore everything else, and you aim for a grand slam.

Prepare your script to match your audience’s deepest desires. Peek around the curtain and listen to the gossip. The tools are before you, pleading to be used.

Get your act together, then freaking deliver.