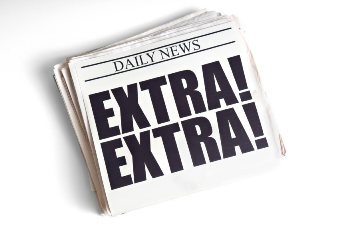 Think the press release is dead in the age of social media?

Writing a press release takes time, research and some skill. And writing a killer press release, which catapults visibility of the message and drives results, requires adding a few more ingredients to the mix.

To get the results you want, follow these six steps:

If you’ve ever had a song stuck in your head, you know what a great hook is. It’s that chorus or beat that you just can’t shake.

Just like in pop music, a great hook is key to success in writing a killer press release.

To find your hook, spend time before you start writing your release researching the press releases and blog posts of industry competitors, gathering information about which releases and posts have received significant coverage. Use these successes as a guideline for your own release, with an eye toward what types of content your audience is reacting to and/or sharing.

Great hooks pull us into a remarkable story. They engage our curiosity and make us crazy to find out more.

Remember the primary audience for a press release — a journalist. Reduce the basics of your message down to one sentence that answers the 5W’s of reporting – who, what, when, where and why — and find that story hook that will help them write a story their readers won’t forget.

If you’re a Copyblogger reader, you already know the importance of a compelling headline.

You only have a few seconds to grab a reader’s attention, so be sure to craft a headline with the following elements:

When writing killer press releases remember to minimize technical or industry jargon. Although relevant for certain professionals or groups, jargon may confuse your audience and turn them off to your message.

To engage new readers who may not be as skilled in industry language, write for a broader audience and increase the likelihood the content is shared. Keep it simple, and don’t be afraid to offer explanatory resources if some industry or brand-specific names or words are needed.

We don’t live in a one-dimensional world, and your press release shouldn’t look one-dimensional either. Provide added value to your killer press release by including photos, videos, links to source material and any other in-depth resources, giving your readers the assets they need to fully report the news you’re providing them.

A complete “package” of supporting resources makes your story that much more appealing to a reporter looking for something great to cover.

Remember, we live in a digital world, so be sure these resources are web-ready and in the correct formats for web publication. The easiest way to do this is to use accessible cloud-based services like YouTube, Flickr and others that allow visitors to download content.   The easier you make it for a reporter or editor to publish your story, the more likely they are to pick up on your message.

Errors in grammar and spelling can kill your credibility and take away from your overall message.

Write your release in word processing document instead of a text file or online submission form. When you’ve got it drafted, print it out and proofread your writing. Correct and rewrite, then proofread again.

Investing additional time before submission is what separates a professional press release from a clumsy, amateurish effort.

A good news release distribution service will syndicate your news on relevant publisher sites, and it will also attract readers through search (be sure to be strategic about keywords, as with any other kind of content marketing).

And if you’ve done the legwork to build relationships with influencers in your space, don’t shy from sharing your news release by emailing a link or posting a link to your social media outposts.

Keep your audience in mind when creating your message and stick to these 6 tips to help craft your press release. When you put the thought and time into creating a truly killer press release, you’ll find it can drive traffic to your business and help promote your message.

Jiyan Wei is the director of Product Management for PRWeb and a frequent speaker at marketing, PR and SEO events including MarketingProfs, NewComm Forum, SMX and PubCon. For more resources to help you craft a killer press release, read Jiyan's posts and more on the PRWeb blog.

Previous article: The Cowardly Lion’s Guide to Conquering Your Entrepreneurial Fears
Next article: Attention: Is Your Headline Getting Any?