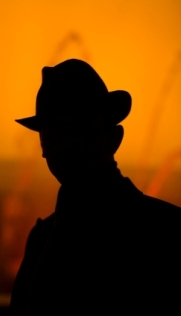 My name is not Johnny B. Truant.

This isn’t meant to be any kind of a coming out. Based on my informal survey (so informal that no questions have been asked), most people rightly assume the moniker is too preposterous to be real anyway.

I could tell you the name I was born with, but there wouldn’t be any point. That’s not the person you know.

Johnny built the business I have today. Without Johnny, that business doesn’t exist.

So you may ask: Who am I, really? And I’d answer without hesitation that regardless of the name on my birth certificate, I’m Johnny B. Truant. He’s who you see here — who you’re reading right now. He’s who I always was, deep down — even before that part of me had ever seen the light of day.

Here’s what any of this has to do with you

With any writer, or any creative person.

People ask how I write so much, and how I’ve been able to capture a decent amount of attention in a short period of time.

The people who ask me this are stuck. They’re spinning their wheels, unable to get past a block in their own creative process.

My advice to those people is this: Look deep inside yourself. Find the equivalent of your own Johnny. Then, lend him your keyboard or whatever you use to create, and see what happens.

How to write what’s real

Johnny B. Truant was born in late 2008, out of necessity. Financially, emotionally, and professionally, my life has never been worse than it was at that time. I was hemorrhaging money due to bad investments. My old business was beginning a relatively quick and tidy collapse. I couldn’t sleep much, and I was close to panic pretty much constantly.

Something had to change. Something new and different was required . . . I just wasn’t sure what it should be.

I’ve always sort of known that I was supposed to be a writer. And in the eyes of anyone who knew me, I was a writer even then. I wrote regular features for an international human resources magazine. I had an unpublished novel in my closet. I’d written a few dozen email newsletters for friends and family.

Of the magazine articles, the novel, and the newsletters, my assessment was: boring, unsuccessful, and vanilla.

When the walls were crumbling in 2008, a deep part of me knew that the only way out was to write — but to do it differently than I ever had before.

If I was going to really make a go of writing, I had to do it without the editor over my shoulder. I had to stop wondering what my grandmother would think when she read what I wrote. I had to stop thinking of John or Jill from high school, who might come across one of my missives and file it in their mental folder about the person they grew up with.

So I picked a name that nobody knew, in order to start fresh as someone else. And as soon as I had done that, something fantastic happened:

The false name allowed me to stop writing false copy. And the minute I ceased using my real name, I started writing what was true and genuine.

Care and feeding of your split personality

Apparently, loud and brash radio personality Howard Stern is very quiet and polite off the air. The people who know him personally hear his show and say, “That’s not the real Howard.” But Howard disagrees. The guy on the radio is real. The guy off the radio is the careful social mask.

You could say that Johnny B. Truant isn’t who I really am. Or you could understand the truth: that Johnny is more “me” than I am myself.

If you’re stuck in your writing, I’d bet almost anything that it’s because deep inside, you’re hung up on what’s dying to be said versus what “should” be said in the eyes of your family, your friends, the world, or even yourself.

You hesitate on topics, on phrasing, on fears that your grammar is bad. Take your pick of an excuse, but what’s stopping you is you.

You may not need a full-on alter ego to let go of your self-censorship, but you do need to let go if you expect to write with any fire. Naomi Dunford of IttyBiz uses her real name but says that “Naomi the brand” is the 150% version of “Naomi the person.” Her public Naomi is just like my public Johnny. Both are distilled, “enhanced id” versions of the people we are day to day.

If you’re not ballsy, find that part of yourself inside that is ballsy. If you can do that under your real name, then more power to you. Or if a new name helps you to define that personality, then try one on. Whatever it takes.

Johnny is to me what Tyler Durden was to the narrator of Fight Club.

Johnny, like Tyler, would say the things that I wouldn’t. He could do the things I couldn’t. Johnny didn’t just ignore the inner critic; he kicked the critic in the face and pushed him into an open sewer.

I’ve said many times that successful, creative people are crazy, so realize the truth of what I’m saying here.

I’m suggesting letting two people live inside your one body.

If that scares you a little, good. If you’re never nervous or scared, you’re safe. And I doubt you could find one successful artist of any kind who says that their best stuff comes from safety.

How to be brave

At this point, a lot of folks who don’t totally get the concept will go all nutty and write a profanity- or pornography-laced piece totally unlike their “normal self” and make the world cringe with embarrassment. A handful of others will think that I’m saying that you need to find a way to be shocking or crude.

Neither of those things is true.

Your written art doesn’t need to offend the ladies at the social club. Your stuff can be filled with kittens and rainbows, for that matter. Your best pieces don’t have to be totally unlike your day-to-day personality, and none of it has to be surprising or shocking to your mother or your neighborhood friends.

The point of unleashing your inner Johnny or Tyler Durden isn’t to be jarring. The point is to be brave.

Without question, the things I’ve written that have gotten the most positive attention have been the pieces that took the most courage to write and publish. In the depth of my financial horrors, I wrote about being mad as hell. Further down the road, I wrote about learning to have faith and doing everything wrong in my business.

Even the post you’re reading right now feels either brave or foolish to me. (Time is the only determinant of which it is, by the way. That’s part of being brave.) I’m formally admitting to my pseudonym, and I’m apparently congratulating myself on being brave. That’s enough to make me want to stop writing it right now, actually.

But see, Johnny writes these posts. And lucky for me, he’s got sizable cojones.

Without Johnny, those posts don’t get written. Or they get written but not published. Or they get published, but I don’t tell people about them, mention them on Twitter, ask for retweets, or link to them later.

Without Johnny, maybe I even write and publish them, but then wallow in what they contain rather than being hungry enough to grow, to leverage the lessons they contain, to build a seminar or a course around what I learned.

Without Johnny, I may think that what I write is good, but then second-guess myself, saying, “Who am I to say it’s so great? Who am I to assume anyone would care, or would want to read it?”

Having a second personality can give you the courage to answer to those questions.

So . . . who am I to assume anyone would care, or would want to read this?

About the Author: Johnny B. Truant subverts the guy he shares a body with via his blog at JohnnyBTruant.com and his flagship course Question the Rules.