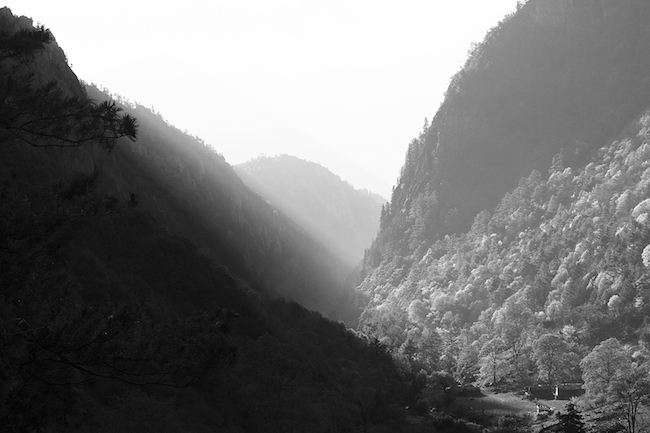 A dubious six-page insert in the Denver Post appears one Sunday.

You flip through it and see articles like “Reclamation helps balance environment and energy needs” and “Colorado environmental regulations serve as model for rest of the U.S.”

It is a paid advertisement for Coloradans for Responsible Energy Development (CRED), an organization founded by two energy companies with big investments in Colorado.

What would your response be?

For thousands of Colorado citizens (including many who worked for the magazine) it was outrage.

In response to the protest, a CRED spokesperson said there was too much good news for any one organization to cover. “This is our opportunity to share that good story,” he said, “the untold story that may not get out because it isn’t controversial, it’s just a good story.”

The best way to tell that story? Why, the advertorial, of course. And all of its controversy.

Which leads us nicely in to our next topic: common concerns that surround native advertising.

The stickiest part about native advertising is its suggestion of deception — its intention of tricking the audience into thinking an ad is actually editorial content.

That’s what got under the skin of so many Coloradans in the case above, even with the clear labeling. Or was it?

One wonders … if a benign organization (like quilters) bought the spread, would it have ignited such a protest?

Energy development in a state where the slogan is “It’s our nature” is going to be a touchy subject, labels or not.

But there’s a growing body of evidence that suggests clear labeling is not without its problems.

A recent study by law professor at the University of San Francisco, David Franklyn, said that most people do not even see the “sponsored by” labels. They simply skip over them.

“They enjoy the hyper-stimulation that marketers do the work to do,” he said. “They just want to sift through and enjoy it like People Magazine.”

Which means that Buzzfeed President John Sternberg’s statement about consumer confusion being a myth may not be so far off the mark.

But what may be true for a Buzzfeed audience may not be true for a New York Times audience, as we saw in our 2014 Status of Native Advertising report. In that survey we found more people would be concerned if The Times published branded content versus Buzzfeed:

Takeaway: Be absolutely clear about your intentions, acquaint yourself with the disclosure recommendations in The Native Advertising Playbook (PDF), and, as always, create quality content.

You might remember a video published about a year ago by Google’s head of spam Matt Cutts on advertorials. He warned publishers not to run deceptive ads or pass PageRank through sold links.

We’ve also been looking at advertorials — that is sort of native advertising — and those sorts of things that violate our quality guidelines. So, again, if someone pays for coverage, or pays for an ad or something like that, those ads should not flow PageRank.

Violate their rules and you could expect a baseball bat to your search ranking knees.

Not a month later, however, and Google introduces native features to their DoubleClick Digital product. Perhaps they caught wind of Facebook’s insane success with the ads:

As for what makes native ads so special, J.P. Morgan calculates that they deliver a huge bang for the buck. Indeed, according to the securities firm, native ads represented just 5%-to-10% of Facebook’s impressions in 2013, but accounted for more than 60% of the company’s revenue.

Sixty percent of revenues from native ads would cause just about anyone to rethink their position on these ad units.

Takeaway: Don’t do anything to get penalized. Or stated another way: create meaningful content that people want.

At this moment it might be a good idea to point out that the native ad industry is fracturing in two (something I alluded to in my NA intermission).

Those in the second camp are also defined by something else.

As AppsFire CEO Ouriel Ohayon told me, “Native ads are those that are direct response oriented: buying a product, installing an app, re-engaging with a service, signing up for something, subscribing to a newsletter.”

Here everything can be tracked POST reading or interacting with the ads. On mobile, for example, which is probably one of the most advanced area of native ads in that matter, you can know up to the LTV (lifetime value) of someone who downloaded an app from a certain source. What I can tell you by experience is that CTR (click-through rate) and CVR (conversion rate) on native ads are 5 to 20x better than traditional interruptive formats and that for many advertisers this is clearly ROI positive.

In other words, these types of native ads are rather easy to measure.

I think it’s safe to say at the moment that these ad units are less likely to arouse concerns over conflict of interest. These are simply ads that fit into the stream.

Or how about CBS banning CNET (which is owned by CBS) from handing an award to a competitive product.

When it comes to content marketing, scale is an issue.

For the most part, writing large amounts of content is out of reach for the average business. We all know this. Knocking out powder-puff pieces every day is one thing. Knocking out content with substance takes a lot more manpower.

Take the effort behind our 11 essential ingredients of a blog post infographic. Three people were involved — one writer, one editor, and one designer — over two weeks.

For native advertising pieces like branded or sponsored content, it takes manpower. Forbes publishes 400 articles a day because 400 individual contributors publish every day.

And this demand for scale is satisfied by in-house agencies like Studio@Gawker, where the publisher creates the content for the brand. But it comes at a price. Then there are the shops that offer content marketing services like CopyPress.

This is where the direct response oriented ad units can bring native advertising within reach for the average business.

Takeaway: Create a budget and commit resources for a content marketing program — no matter how small. Your goal is to build an audience, and that starts with a media asset like a blog. Then you can use native ad units to drive traffic to that asset, continuing to grow it.

Finally, we come to the United States government body that you’d expect to be keeping a sharp eye on this kind of advertising: the Federal Trade Commission (FTC).

The only problem is, it doesn’t really seem to have its act together.

Late last year it made a statement with its one-day workshop “Blurred Lines,” as if to say “Hey, we are keeping our eye on this industry.” But as advertising lawyer August T. Horvath suggested, the FTC may not even really know what native advertising is.

In fact, at their own conference they admitted as much.

Their focus seems to be on the sponsored content, namely clear labeling (get it, “Blurred Lines”). But as I’ve explained above, that’s only half of native ad units.

I don’t think the FTC is paying attention to such ad networks like Google, Facebook, and mobile app ads because these appear to be nothing but advertisements. Furthermore, their efforts to protect consumers in the branded content domain might be meaningless.

The same San Francisco law professor cited above, who tested awareness, was at the conference. He shared his findings (that most people don’t even see the “sponsored by” label), then said, “So what are we protecting the consumer from?”

Takeaway: Label clearly. And if you haven’t yet, read the FTC’s .com Disclosures: How to Make Effective Disclosures in Digital Advertising (PDF).

I probably sound like a broken record: when it comes to avoiding concerns that surround native advertising, label clearly. Your intentions should be obvious.

Some consumer advocates think the only appropriate label would be “Advertisement.” Naturally, publishers hate the idea. Their concerns are valid. Take a look at The New York Times. One wonders if all those labels pretty much signal “Please don’t pay attention to me.”

But even then, as we saw with the Denver Post fallout, there will still be issues that generate protest, particularly around sensitive subjects like climate change, gun control laws, or reproductive rights.

So, what’s the final analysis on native advertising?

In its worst cases, native advertising is a bait-and-switch routine; in its best, it’s an informative, useful item that also happens to be paid for.

I think you are smart enough to figure out which approach we support.

Share your thoughts by joining the discussion over at Google-Plus.

Get caught up with the rest of the series

Have you missed any of the posts in Demian’s ongoing series on native advertising? Get caught up now:

Previous article: How to Close With Style
Next article: 5 Tips for Turning Drab Information Into a Tantalizing Tutorial