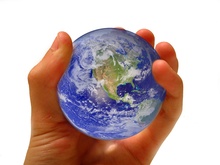 Blogging is a lot like high school… have you noticed?

There are the popular kids (A-list), class rank (Technorati) and endless other cliques (Ad Age Power 150, Techmeme Leaderboard, Cat Blogging Superstars, etc.). All of this makes for the same ol’ hierarchical crap that tends to unnecessarily discourage people who are outside the power structure.

I guess social media is a tad less revolutionary and more like regular ol’ society than some blogging idealists want to admit. What did you expect?

The answer to this reality is much the same as it was in high school. The smart kids ignore the hierarchy and concentrate on defining their own space.

Forget Hierarchies and Get Territorial

Here’s the deal: people who succeed in social media these days don’t think hierarchically… they think territorially. Ranking on someone’s silly social media list may be nice, but it’s a lot nicer to nail down a defensible position in a profitable niche.

Trust me… there are a lot of broke people obsessed with their position on various hierarchical lists, when they should be focusing on creating a real business. The fact that they don’t means there’s plenty of opportunity for you.

When you think territorially, you’re aiming to carve out a space that is uniquely your own. And if the unique aspect that makes the territory yours also makes it difficult or impossible to dislodge you from that position… even better.

Now, when people start talking about “dominating” a niche, they’re usually fantasizing about discovering some brand new tiny gold mine that no one else has thought about. While new niches pop up all the time, it’s folly to think you’re the only genius on the planet who’s spotted any particular one.

More likely, it’s not a niche that anyone wants to bother with.

Sure, you can “own” the Total Quality Management for Peruvian Goat Herders niche, but who cares? You’ve got no traffic and less revenue. That’s not what we’re aiming for here.

In fact, more often than not, you want to enter a nasty competitive niche. Why?

Because that’s where the money is.

Intensify Your Niche and Carve Out a Territory

All niches—no matter how competitive—go through various phases of evolution. Brand new and mature niches alike will evolve as the audience grows weary of the same ol’ same ol’, opening the door to new players with novel angles and unique voices.

Ideally, a new player wants to come in with a fresh approach that doesn’t necessarily threaten the existing hierarchy. This allows you to develop an audience by sharing with existing players, not necessarily competing with them.

What you’re looking to do is intensify the niche by doing something more, or differently (or maybe even better) than the existing players. You do this by first evaluating and understanding where the niche is currently, and position your content in a way that pushes the envelope.

Let’s look at a couple of examples.

One of the most effective intensification strategies involves personality positioning. By emphasizing authentic and even flawed personality traits, a publisher or marketer can form a strong bond based on the audiences ability to identify with the publisher.

While bigger players aim for advertising dollars based on impersonal eyeballs, personality positioning allows you to make more with fewer people thanks to the power of personal identification. It’s the same principle behind celebrity endorsements and lifestyle marketing in the big leagues, and it works even better in social media.

The downside of personality positioning is you often have to get extreme to get noticed in the first place. That might not only backfire, but it’s not something everyone feels comfortable with.

Back in 2005 when I was considering starting a blog, I was fascinated by blogging itself. As someone who had been creating online content since 1998, I viewed commercial blogging not as some idealistic movement, but as a more powerful version of what I’d already been doing for 7 years.

At the time, there were two primary players in the niche—Problogger and Performancing. I had no desire to be #3 in a niche someone else had defined, because that’s just not smart.

Instead, I realized that the two main players at the time were talking about blogging without historical context; in other words, as if it were a completely new discipline. It only took a couple of posts about titles (headlines) for me to realize that they were trying to teach people copywriting without having studied the subject.

So, Copyblogger was born. Not only did I intensify the niche by drilling down deeper and teaching the root skills necessary for blogging, I started an educational process that allowed me to take readers beyond blogging for ad dollars and teach them to start converting readers to customers and clients.

By taking that approach, Copyblogger was a complement to Problogger and Performancing, not a competitor. And by drilling deeper and wider, the approach also allowed Copyblogger to expand well beyond the confines of the “blogging about blogging” niche.

In last week’s post about Jack Welch, some people took his philosophy of “Be #1 or #2 in your niche or don’t bother” a little too literally. That’s hierarchical thinking, and that’s going to hold you down.

Of course it does. Otherwise anyone could do it.

Previous article: Is Your Copy Less Than Fresh?
Next article: The Doctor McCoy Guide to Healing Sick Content