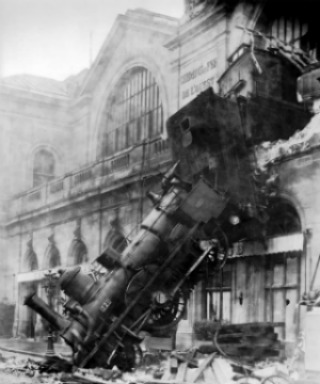 Guest posting! The highway to unbridled blogging success! Nab yourself a spot on an A-List blog and suddenly it’s your name in lights. Traffic, engagement, the undying adulation of the unwashed masses!

Well, it is, actually.

But what about those of us who really crave a bit of failure? The ones who like to start every anecdote with “One time I almost” or “I was this close …”?

What does guest posting offer for us?

Well, fellow failure-chaser, you’re in luck. Because writing and submitting a guest post offers some real opportunities for spectacular failure.

So start taking notes, because you’re going to be able to tell your friends about the time you nearly wrote an amazing post for an A-Lister that almost took your own blog to a whole new level.

1. Be as timid as humanly possible

The first opportunity for failure is the pitch. Confidence carries the day when it comes to guest posting.

So if it’s failure you’re looking for, don’t show any confidence. Try not to sell your idea, and make sure you don’t actually write the post you’re proposing. Be hesitant, and make it apparent that you’re wasting your host’s time. With a bit of luck, they won’t you send so much as a read receipt.

Maybe the A-Lister you’ve just pathetically pitched has taken pity on you, and asked you to draft up your post.

What he’s looking for here is some competence. So make sure you don’t show any. Starting with a bang and grabbing attention leads to success, so don’t do it. Write cautiously and quietly, so as not to startle your audience into action.

3. Imitation is the most sincere form of flattery — so shamelessly copy content

Your lukewarm opening should have dissuaded all but the most persistent of writers. So it’s going to take some real incompetence to screw this up now.

The quickest way is to do something that’s been done before. Retread old ground — but not in a new and interesting way. No, simply regurgitate your host’s best piece with some added spelling mistakes and grammatical errors.

Be very cautious with this, as covering old topics in a fresh way is actually a terrific way to write a popular guest post. Make sure not to add your own twist or fresh angle and you should be fine.

It’s now time to look over the content you’ve just haphazardly thrown together.

To hit the dizzying lows of total failure, you need to employ an ancient SEO technique known as “spamming.” In other words, drop your link into the post so often that the page becomes nearly unreadable.

This is going to fail for two main reasons. One; it’s going to make your host even less likely to publish your piece. Two; it doesn’t work.

5. Make your ending as flat as possible

If you’ve done everything wrong up until now, you should be faced with a pathetic piece of trash, where every second word is a link to your blog.

Congratulations. You’re nearly done with the writing. All that’s left for you to do is cobble together an ending that peters out. And whatever you do, don’t forget to leave out effective closing techniques like a strong call to action.

6. Treat your host like you’re one of The Sex Pistols

The chances are that you’re going to have to interact with your host, as they attempt to polish the steaming post you’ve just deposited in their inbox. So now’s the time to channel some old-school punk.

Just like The Sex Pistols in their first TV interview, start swearing at your host, avoiding giving direct answers, and give the impression that the conversation is beneath you. With luck, this should be enough to make sure you don’t get published …

(If you want to really nail it, you could try throwing up on their desk. The blogging equivalent of this is publicly trash-talking bigger blogs. This works spectacularly well at ensuring you won’t get your guest posts published.)

If after all of this, by some horrible stroke of luck you do get published, there’s still one more opportunity for failure.

Demonstrate a complete lack of commitment to your guest post. Don’t reply to comments, don’t promote it on Twitter or Facebook, and certainly don’t write a post on your own blog to take advantage of the new traffic that your guest post provides.

And with that, you’ll have blown your big guest posting chance.

Complete and utter guaranteed failure as a guest poster in just seven short steps. Not for you, the benefits of seeing your name alongside the luminaries in your niche. No, because to do that, you’d need to be confident, competent, and committed.

Far easier to just take my advice and slip quietly into obscurity and mediocrity.

Er, if you actually did want to write excellent guest posts that run on your favorite blogs, and that get you more traffic, SEO benefits, and subscribers, simply do the opposite of these 7 steps. Then you can stop with “I almost” and start with “I did.”

But you knew that already, right?

Andrew Nattan is the blogger behind the memorably named Unmemorable Title Copywriting Blog. He's English and yes, he drinks lots of tea.

Previous article: The Idealist’s Guide to Raking in Tons of Cash
Next article: The Jersey Shore Guide to Irresistible Personal Branding