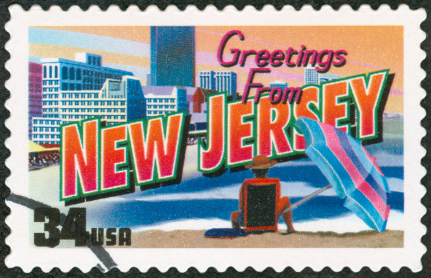 The Jersey Shore is back and up to its old antics again.

My guess — you being a respectable content marketer who finds that sort of display crude, irresponsible and embarrassing — is that you’re not tuning in.

Hey, I hear you. But do you know who isn’t offended by it?

The 8.4 million people who tuned in to the season premiere last month, making it the network’s most-watched series episode ever.

Whether you’re a true fan of Snooki, or you credit her with single-handedly hammering that last nail completing the Decline of Western Civilization, it doesn’t matter.

The fact is that each member of The Jersey Shore cast has gone on to create a recognizable and profitable personal brand in the 14 months the show has been on the air.

Not too shabby. And tucked inside the show’s success are personal branding lessons that any marketer can benefit from. Even if you’re not spray-tanned to a disturbing shade of orange.

Get a pen and paper because personal branding school is in session, Jersey Shore style.

Lesson 1: Own your oddities

If there’s one marketing principle reinforced by The Jersey Shore it’s that your oddities are what make you watchable.

Five minutes into checking out what’s going on in Seaside Heights this season and you’ll notice that most of the Jersey Shore cast barely looks human. They’re walking Halloween costumes, tanned, oiled and gym’d to the max.

And it’s their oddness that makes them interesting and what drives millions of people to tune in each week.

In an earlier Copyblogger post on branding and belly dancing, I spoke about the importance of creating a character — one that allows you to show off a heightened version of yourself to attract the right people to what you’re selling.

You’re probably not 4’9″ and God knows the world doesn’t need another Snooki, but what’s kooky and stand-out about you?

Figure out what it is and how you can make it work to your advantage.

Identify it. Use it. Become it.

Lesson 2: Polarization is a good thing

It doesn’t matter if you’re big, little or fall somewhere in between. Most of us are afraid to be a polarizing figure by taking a hard stance.

Just look at what happened to Groupon after the Super Bowl.

We hold back from going too far left, too far right or too far in our own direction in fear that we’ll be isolating our audience. And I get that – because you very often will be. But that’s not a bad thing.

The Jersey Shore kids are good examples of that. You’re either appalled by their train wreck or you’re mesmerized by it. And that’s why it works.

A post on the OK Cupid blog last month touched on the same concept, bringing up the mathematics of beauty. Specifically, it showed how playing up what some people don’t like about you allows you to attract the people who will.

It’s why edgy Meaghan Fox is more attractive than wholesome Kristen Bell, or why guys with tattoos are rated better looking than the average prepster.

If you want to be memorable, create a contrast. Going the safe route and trying to be everything to everyone won’t win you fans, it’ll only bring in people who don’t have an opinion about you either way.

Those people aren’t going to buy your stuff, and they won’t remember your name in the morning.

Season 3 of The Jersey Shore came with one promise -– that it would be the most drama-filled season to date.

So far, it’s lived up to the hype, with cast members getting into scary physical altercations, getting arrested, and with sudden character exits. The drama keeps people hooked because everyone wants to see what’s going to happen next and who is going to do what to whom.

If you’re working to build your personal brand, I wouldn’t recommend going out and getting arrested tomorrow, but do look for ways to create a little spice.

Maybe it’s Groupon releasing controversial commercials or you deciding to take an unpopular stance on your blog.

Associating your brand with a splash of excitement will help keep it top of mind and always relevant.

Lesson 4: You’ve got to build your platform

It’s easy to hate on The Jersey Shore kids for what they represent, but at the end of the day, they’ve created a platform that extends far past the show.

Snooki is a New York Times Bestselling author (wrap your head around that).

“The Situation” is said to have made $5 million from appearances and products (including his own vodka line and garment bags).

Jenny aka “JWOWW” has a book and bronzer, Ronnie endorses a popular weight loss drug, Angelina has a music single, Sammi has a perfume, and Vinny and Pauly D both have clothing lines.

Not bad for 14 months in the spotlight.

Sure, it’s ridiculous, but they created it.

The personal brand you create means nothing if you don’t have a business model. If you’re spending an hour a day on Twitter talking to people without finding a way to bring them back to your site or direct them somewhere else to do something, you’re leaving money on the table and you’re wasting your time.

Decide what you want these channels to give you and then create a plan for how you’ll be accomplishing that.

While The Jersey Shore certainly isn’t doing our younger generations any cultural favors, they are giving smart marketers some branding lessons worth tuning in for.

About the Author: Lisa Barone is a writer, content marketer and social media strategist. She’s most known for saving brands (most often from themselves) and for her voracious tweeting. You can follow her on Twitter at @lisabarone or find her blogging about her own struggles with voice at VoiceInterrupted.com.

Lisa Barone is a writer, content marketer and social media strategist. She's most known for saving brands (most often from themselves) and for her voracious tweeting. You can follow her on Twitter at @lisabarone or find her blogging about her own struggles with voice at VoiceInterrupted.com.