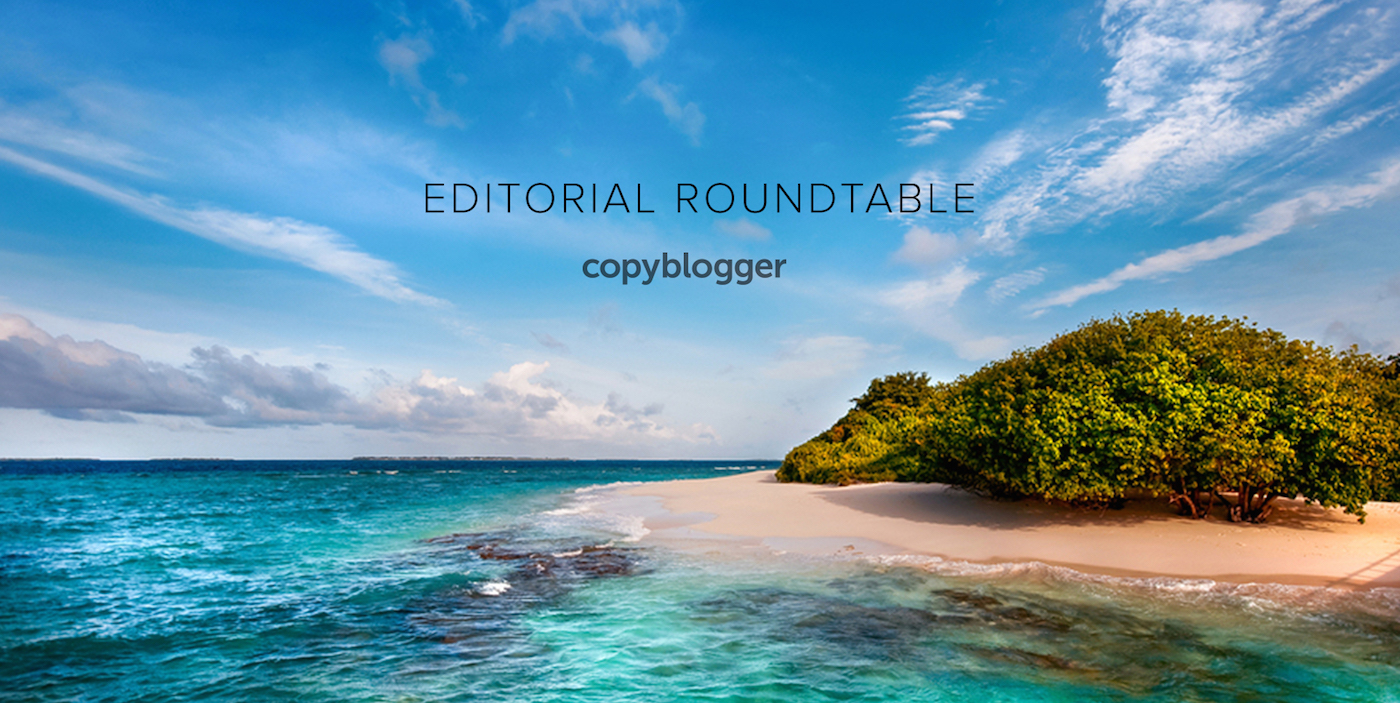 You’ve been shipwrecked on an uninhabited island, somewhere with blue skies and dazzling aquamarine waters. But after some time passes, no matter how big a fan of sushi you are, the appeal of your solitary paradise starts to wane.

You’ve amassed a fine collection of rocks — suitable for crafting, let’s say, a copywriting message. You’ll use your skills to entice a plane flying overhead to come down and rescue you — in exchange for the island you’ve found yourself on. (Finders, keepers.)

But you only have so many rocks, so you’ll need to commit to a single copywriting technique. Which do you choose?

Here’s how our editorial staff (and one clever outlier) answered.

Some entries edited for length, assuming there’s a limit to how much readable copy you can create with rocks. Because this exercise was all about plausibility.

Where will you go when the shit hits the fan? Only a few safe hideaways still available. Secure your own desert island today.

Seems to me like a little leading with unity on this one, too.

Global warming is real, sea levels are rising. But you can still own this desert island today … before it’s gone forever. (Before they are all gone forever.)

USP (Selling the Concept, Not the Product)

Imagine: no calls, no internet, no news, no traffic … no president.

Power down your computer, chuck your smartphone out the window, and land your plane. Your paradise awaits, and it’s right here, on your own desert island.

You’ll note that Chris was careful as always to translate his features into benefits. I let him get away with a few all-caps because … rocks.

Unlike other islands, THIS island has fresh, clean, flowing water, abundant delicious fruits, and tasty animals. Which means you will not dehydrate and starve while you luxuriate on the white sandy beaches. AND you can get it for the low, low price of a flight back to civilization.

Kim’s on our editorial group email list, despite the fact that, as far as I know, she doesn’t do any writing for us. That said, I thought her straightforward call to action was fitting for a number of reasons — not least of which being its suitability to the medium: rocks.

Benefit in the headline

As usual, I went last, and this time I got stuck with the one everyone else avoided … writing a headline for this sucker. Here’s my attempt.

2 cheap and simple steps to get your own exclusive private island. Land now before it’s gone!

Given a stretch of sand and some rocks (quite a few rocks, from some of these examples), what copywriting technique would you use?

Let us know in the comments. 😀

Previous article: Why I Love Broadcasting My Podcast Recordings Live
Next article: The Showrunner Podcasting Course Is Open (For a Limited Time)