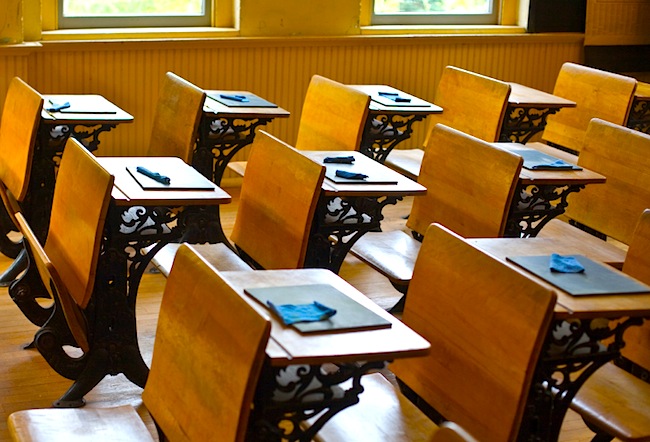 Salman Rushdie is one of our greatest living novelists.

His novel, Midnight’s Children, won the Man Booker Prize in 1981, and in 2008 the novel was named the Best of the Bookers, the best Booker winning novel since the prizes’ inception.

However, before Sir  Salman Rushdie was a famous, knighted novelist, he was a copywriter under the suspender-wearing, direct marketing pioneer, David Ogilvy. Yes, that’s right. The great novelist learned from the great copywriter.

What do copywriting and creative writing have in common? Some would say, “Nothing.” It’s easy to look at Rushdie’s time at Ogilvy and Mather’s London office as his period of “working for the man” while he wrote his novels.

However, the lessons Rushdie learned as a copywriter were essential to his development as a novelist, and the fact that Rushdie wrote Midnight’s Children  on the off hours from his copywriting job shows that maybe he should never have quit?

Let’s explore these lessons about effective writing from novelist and copywriter Salman Rushdie.

1. Spend an inordinate amount of time on headlines

While finishing Midnight’s Children, Rushdie reportedly spent several hours at the office trying to choose the novel’s title, even resorting to typing his two finalists “Children of Midnight” and “Midnight’s Children” over and over.

Everywhere you go online, from Facebook, to Twitter, to your email inbox, someone is trying to grab your attention with a compelling headline. If you want your blog post or book to have a chance, you need to spend time making sure your titles are both clear and engaging.

Salman Rushdie knew how important the title of his book was, and spent hours debating which to choose.

How long are you spending working on your headlines?

2. Panic your way to success

Imagine it’s your job to convey the taste of a chocolate bar in just one word. And by the way, you’re not going to get paid for, “Delicious.”

This was the situation Rushdie was in one afternoon when a panicking co-worker asked him to brainstorm a new slogan for Aero, a British candy bar filled with air bubbles. As they batted around ideas, the unthinkable happened. The client called unexpectedly, demanding results.

This particular co-worker, according to Rushdie, “Had a tendency, when he was panicking, to sweat profusely and to begin to stammer, also extensively.” When the client asked him to do something, he said, “It’s impossib-ib-ib-ible.”

Rushdie says the light went on. “While he was still on the phone sweating and stammering, I wrote down every word I could think of that ended with ‘able’ or ‘ible’ and turned it into ‘bubble’.” Rushdie ended up with “Irresistibubble,” which is still Aero’s slogan, over 30 years later.

Panic can be an excellent tool for creativity. Here are a two easy ways to summon panic in your creative process:

One of the great things about advertising is you have to say a lot in very little. You have to try to make a very big statement in very few words or very few images and you haven’t much time. All of that is, I feel, very, very useful.

You may think it’s more difficult to write complex sentences with five-syllable words. In reality, one sign of a master is to communicate much in just a few words.

(Of course, if Rushdie had worked for Ogilvy a little longer, he may have cut a few of those “very’s.”)

4. Great (copy)writing is a job

While Rushdie certainly was a strong writer before he began working at Ogilvy and Mather, his career as a copywriter taught him the tough discipline he needed to succeed as a writer. He says says:

I write like a job. I sit down in the morning and I do it. I don’t miss deadlines. I do feel that a lot of the professional craft of writing is something I learnt from those years in advertising and I’ll always be grateful for it.

With writing, I don’t believe in talent. Instead, you are either practiced or not.

Whether you’re a six-figure copywriter or someone who blogs for fun, if you want to become a better writer, treat it like your job.

5. Don’t give into rejection

When Rushdie was assigned an ad for Fresh Cream Cakes, the client rejected his tagline, “Naughty. But Nice.”  However, a year later, after he’d moved onto writing fiction full time, his tagline was everywhere in the U.K., including billboards and television.

Rushdie, didn’t let rejection stop him, and when his first novel was rejected by publishers, it motivated him to grow as a writer. As he says in a recent interview:

It took me a long time to learn to be a writer. One must find themselves an editor or, failing that, a group of people who will tell you the truth about your writing, and are not afraid to say, ‘This really isn’t good enough.’ … Unless someone can tell you that what you’re writing is no good, then you won’t know how to push it to a point when it can start being good.

What creative writing and copywriting have in common

Before Salman Rushdie worked for David Ogilvy, he was a poor, out of work actor. By the time he quit copywriting, he was a published novelist about to release one of the most celebrated books of the 20th century.

It’s easy to think of commercial writing and creative writing as two different worlds, but Rushdie shows us the lines between the two are much more blurry than one might think. Both are about presenting your readers with new opportunities and transforming the way  they see the world.

If you’re a creative writer, perhaps you need to give copywriting a try. If it worked for Salman Rushdie, it might just work for you.

What have you learned about writing from copywriting?

Joe Bunting lives and writes at the foothills of the Appalachians. He is the founder of The Write Practice, the online creative writing workbook, and the Story Cartel Course, an online class that helps creative writers build their online platform. You can follow him on Twitter.

Previous article: Wait, Was That a Click or a Conversion?
Next article: 5 Reasons You Should Embrace Rejection