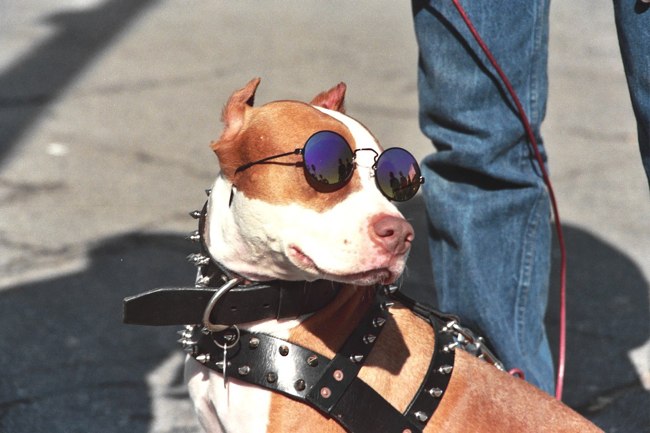 Yesterday on Google+, Charlotte Pierce made a very sensible remark.

By the way, does everyone have to be a hotshot, guru, or a rock star? How about just quietly excellent?

I’m with Charlotte. In fact, I’ve just about lost my patience with the parade of internet-famous quasi-celebrities.

Maybe being a rock star isn’t so awesome

Now I’m not putting down marketers with big audiences. That would just be stupid.

Lots of people with big audiences are doing very cool things. Like we’ve said 385,291 times, you want to attract that audience — the audience is where all the good things come from.

But some of the most visible “rock stars” out there are bitter, burned out, or broke.

You just get to keep playing the same greatest hits that got you all that attention in the first place.

Which is okay if you’re the Rolling Stones. But kind of a bummer if you were only ever this guy.

You should be what you want to be

I totally get why people envy the “rock stars,” the ones with millions of Twitter followers or big book deals. The ones who look so shiny and unapproachable.

But I think you should worry less about them and think more about how to celebrate what you’re doing.

One thing I like a lot about my company is that I get to do the things I’m good at. The things that give me G.A.S. (that’s a good thing).

In your company — whether it’s just you or you’re on a team — you need to find that. You need a role where you can play to your strengths. That’s where the energy comes from for the long haul … and it’s always a long haul.

As I said to Charlotte, you can be a secret agent or a ninja librarian or an emperor penguin. Maybe you’re a goonie. (You can even be a rock star, but only if it makes you happy.)

But be what you’re incredibly good at. Make yourself useful to an audience you care about. And celebrate the hell out of that.

A big chunk of being successful is recognizing all the great stuff you’re already doing. The shiniest rock star is a failure if she keeps chasing meaningless goals that are always just over the horizon.

Every day I’m blown away by the talent and tenacity and vibrance of you. The person reading this. Right now.

As the end of the year is coming up, remember to celebrate all the amazing things you’ve done. Your audience, your content, your skill set, your passions, your partnerships, all of it. Take a look back at where you were at the beginning of the year, and notice all of the cool stuff you did over the past 12 months.

And celebrate that. Even if you’re not a rock star.

Previous article: 6 New Rules for Becoming a Google+ Hangouts Hotshot in 2014
Next article: How Becoming an Authority Can Even Save Your Life