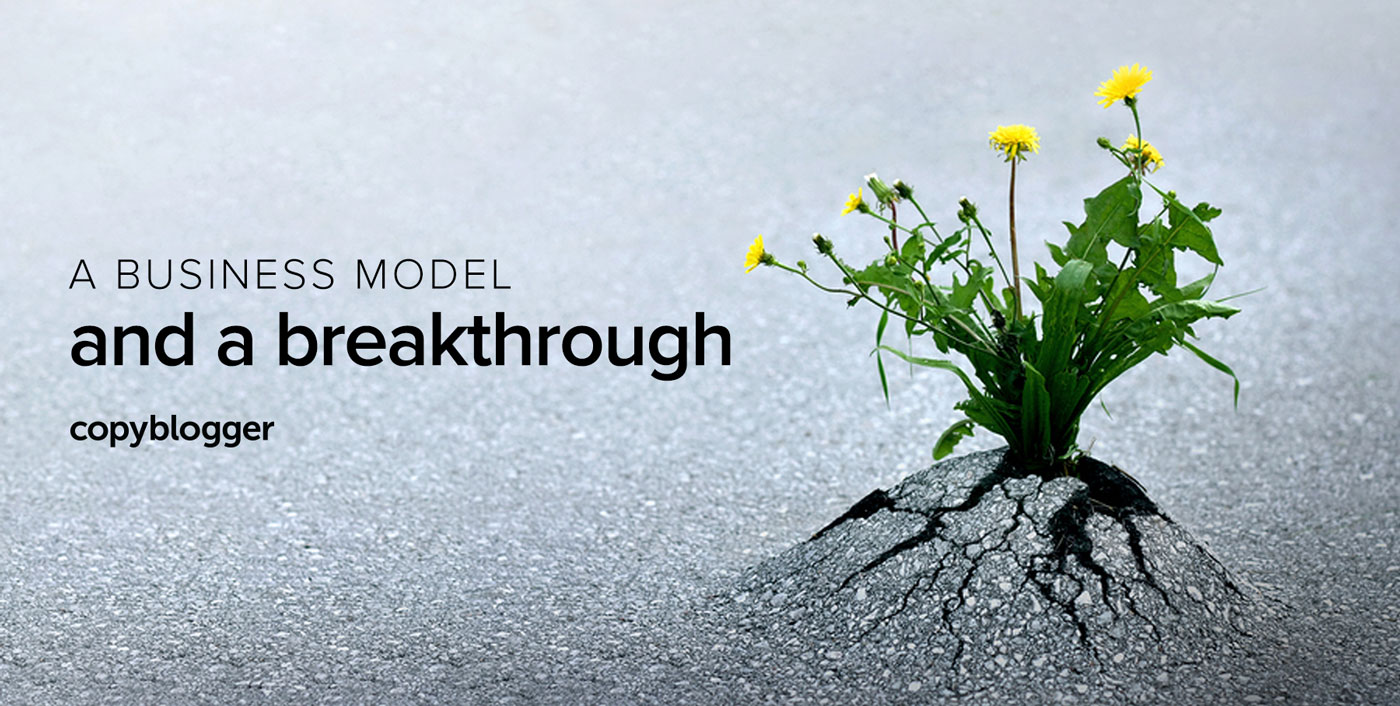 It was the end of 2008. Something you might remember about that year — in October, the markets took a nasty fall and the global economy melted down.

I was the sole breadwinner for my family. The company I worked for was going through round after round of layoffs. The well-paying, secure job I’d had for five years looked likely to evaporate underneath me.

I had some savings, but not a ton. I had a mortgage and preschool for my three-year-old to pay for, as well as silly habits like buying groceries and having health insurance for my family.

I had been noodling around with business ideas, but I hadn’t gotten serious.

My year of living dangerously

In 2009, I felt a lot like a chicken trying to cross an eight-lane highway. It was theoretically possible, but there was a non-optimal level of stress involved.

The first thing I did was hang out my shingle as a freelance copywriter.

In a lot of ways, it was wonderful. I worked on fascinating projects that I cared about. I had lovely clients who actually listened to me. I was able to implement content strategy (which I learned, incidentally, mainly from Copyblogger), instead of sitting in endless meetings talking about it.

The main downside for me was the “you don’t kill, you don’t eat” freelance model, in which I was endlessly having to close new clients in order to keep my revenue going.

I know people who are masters of this. I was not one of them.

But it worked, more or less. I was supporting my family.

One thing I’m so grateful for about that time: I had started growing my audience well before I needed clients. My original intent had been to find another job — I figured a blog would help me stand out with prospective employers.

As it turned out, I was functionally unemployable, but the blog was an amazing resource. It didn’t have zillions of readers or email subscribers — but it had enough.

(By the way, I launched an email list with a simple autoresponder before I even had that site up, which I recommend if you’re starting from scratch today. You want to capture every drop of attention you can.)

By the time I went out on my own, that blog had already started to pull a small audience together. It also connected me with like-minded people for projects, support, expertise, and eventually business partnerships.

The email list allowed me to put offers in front of potential customers — and discover what worked and what didn’t.

2009 was a year of hustle, and trying out all kinds of business models.

I tried freelancing, which sort of worked. I tried some content strategy consulting (we called it something else then), which also sort of worked. I put together a few simple information products with friends. I had some affiliate offers going.

My friend Gary, a business coach who talked me down from Mount Freakout about a thousand times that year, had been on my case to launch an online course with a membership component. I told him I’d get it done that year.

It was not pretty. Building the site was complicated, and I needed to hire someone to put together a variety of puzzle pieces that came from entirely different puzzles. It was fairly expensive to build. But I got it launched — in mid-December, since I’d promised Gary I’d do it that year. (Accountability is a useful thing.)

I called that site The Remarkable Marketing Blueprint, and it changed everything.

(There are still lovely and successful folks out there who identify themselves as “The Remarkables.” That makes me deeply happy.)

That’s why I’m a bit emphatic about how much easier the Rainmaker Platform makes things. Trust me, the early tools were not so user-friendly.

But they got the job done. People bought the course. They benefited from the course.

After a short time, I relaunched the Blueprint (Gary was bugging me again) at a higher price. And that launch went even better.

I didn’t become a millionaire. But I had momentum and steady revenue. I was helping people with their problems, and in turn, I was making a reasonable living. I had a business that worked.

If you think that would be an amazing feeling … you’re absolutely right.

Brian Clark’s original Teaching Sells was the course that taught me how to set the Blueprint up for success. How to structure it, how to make it marketable, how to position it, how to get the content created, how to launch it, and how to run it.

Teaching Sells isn’t on the market anymore, but Brian Clark still teaches folks how to build online courses — only these days, it’s a much more streamlined process.

In his new course, Build Your Online Training Business the Smarter Way, Brian walks you through every step of starting a profitable, sustainable online training business using the time-tested principles of instructional design.

I love this model for so many reasons.

If you’re curious about how you can get started today, get all the details about Brian’s new course here:

Previous article: How to Write a High-Value Lesson Plan that Makes Your Course Easy to Sell
Next article: Use This Content Marketing Checklist to Skyrocket Your Productivity