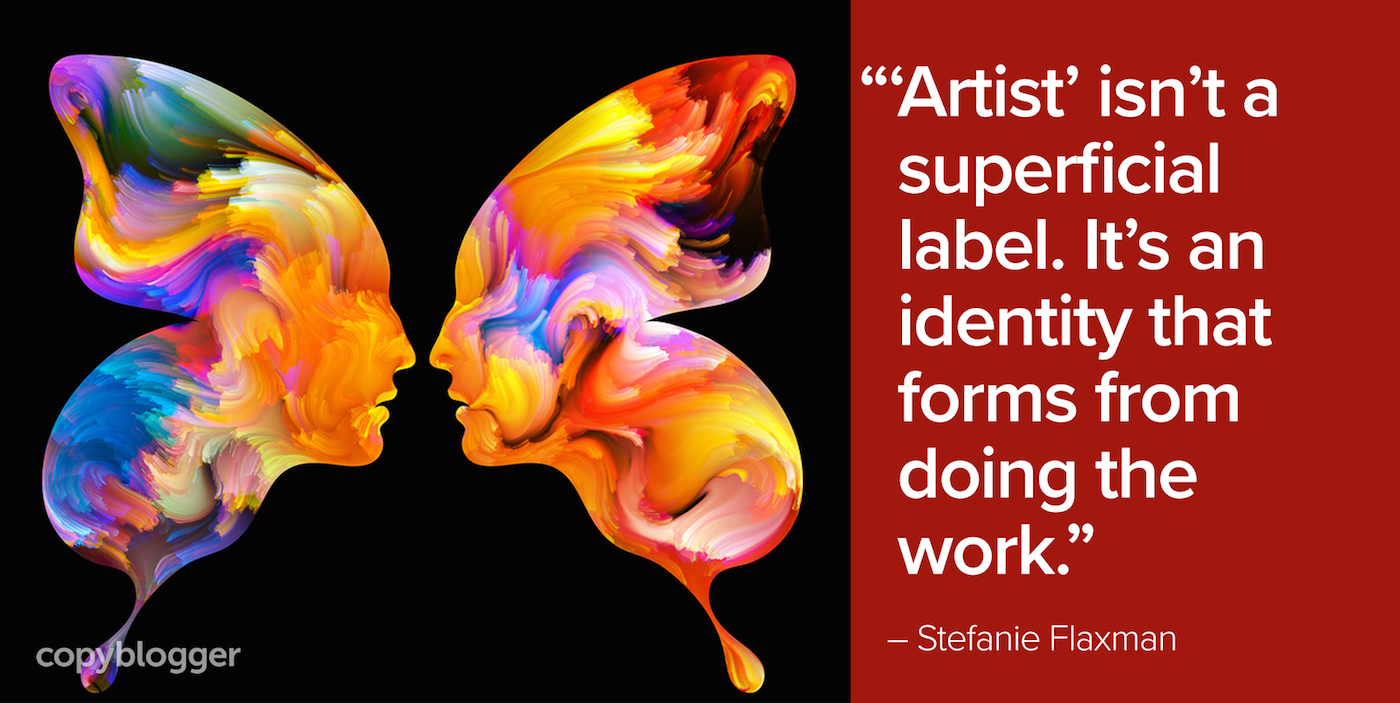 In How to Feel Good as a Writer: an Origin Story, I wrote, “It’s not our job to know all of the whys, whats, and hows of the future. It’s just our job to do the work.”

“Doing the work” before you reach professional status in a creative field is often self-directed.

Because it’s in your nature to create, you envision and execute your own projects. You know you’re practicing and building your portfolio, even if others ask you, “What’s the point?”

Here’s a story of a young artist who, through a dedication to his craft, got a life-changing opportunity.

On top of all of that, he was making split-screen videos of humorous commentary alongside cooking tutorials.

After one went viral, Ellen DeGeneres invited him on her show and surprised him with a business deal to make his “Kalen Reacts” clips for her audience.

A few weeks later, after moving to Los Angeles, Kalen returned to Ellen and gave her audience an update.

The pivotal moment of this clip

While the story is heartwarming, a powerful underlying message became clear to me when Kalen tells Ellen:

The following is speculation, but my guess is that this appearance on national television wasn’t the first time he declared that.

It was a mindset he had already embodied and an attitude he projected.

Feeling confident and capable about your own abilities puts others at ease, which likely enabled the contract the show offered him.

He wasn’t saying things like, “I just kind of do this on the side. I’m not sure if it’s any good.”

He was saying, “I was born for this. Bring it.”

Is a label really that important?

Now, it’s pretty empty to call yourself an “artist” if you have little to show for it. That’s not going to get you very far.

Similarly, titles you want other people to give you can be distractions.

What I didn’t mention earlier is that “doing the work” in a creative field even after you reach professional status is often self-directed as well.

You might have a team and more resources, but the ability to work autonomously is just as relevant as it was when you were putting in your dues.

Now that Kalen has a large platform, his work has just begun — and the habits he’s already cultivated position him for further success.

“Artist” isn’t a superficial label. It’s an identity that forms from doing the work.

Stefanie Flaxman is Copyblogger’s Editor-in-Chief. Check out her masterpiece blogging series on YouTube.

Previous article: 3 Ways to Create ‘Next Level’ Content
Next article: You Need Both of These Skill Sets to Keep Your Audience Coming Back for More