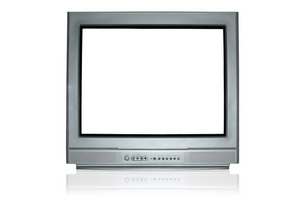 Great writing involves stepping outside of yourself and into the minds of your audience. Poor writers usually stand out because they haven’t read their material from another’s perspective. Even an inexperienced reader can pick up on thoughtless writing.

Television is full of writing that’s intended to fit its viewer. Bad writing, many might say, is characteristic of daytime soaps. There’s a reason they have a separate awards ceremony for this particular facet of television drama, right?

Writers of daytime soaps do, however, write to their audience: mothers, wives, and others who stay home during the day. Soaps become, for them, their escape. When it comes to its target audience, daytime soaps are written perfectly—and by perfect I mean it was written for the intended viewer.

The conclusion this leads me to is that great writing, when it comes to television, is particularly relative. Great prime time writing is not great daytime writing. Writing for the web faces a similar relativity: an author’s success is determined by how well she is able to write for her audience. Who is your audience?

Assuming you’ve answered this question (and there are a few resources here on CopyBlogger to help you with that) I would like to change gears a bit. Below is a look at a few different techniques used by the writers and editors of some popular television, as well as how this might be incorporated into your writing.

Lost — Learn from the “Whoosh” Transitions

Lost tells the story of a host of people deserted on an island. Think Survivor meets Cast Away, with only a little bit of Gilligan’s Island thrown in to keep them there. Like most shows, I didn’t catch up with Lost until recently. And let’s just say I chewed through a few seasons mighty quick (is it February yet?).

Throughout the main story of Lost, on the island, there are flashbacks to portions of each character’s past, used to develop their own subplots and thus the main storyline. It’s pretty brilliant actually. And each flashback is bookended by a whooshing sound. The whooshing sound lets us know a flashback is coming, and along with it, more information about the character on screen.

But there’s more to a great transition on Lost than the whoosh. Throughout grade school we were told that a transition is used to move from one thought to another. I would like to add that just as important is the way the connected idea contributes to the message of the whole. Even if a paragraph at first seems to digress from the point preceding it, it is considered cohesive as long as it draws everything together at some point. Sometimes there are flashbacks in Lost that seem very insignificant to the “present day”, but in the end there is always a moment of realization that sheds a whole new light on that episode’s flashbacks.

Don’t be afraid of throwing in a “whoosh” transition from time to time that may at first seem like a digression. As long as you draw it all back together (with the emphasis on as long as) your readers will love it. In fact, it will often be even more powerful than if you stuck to the techniques you were taught in grade school.

By now, after six seasons, 24 has nearly become a household name. One of the reasons so many people tune in week after week is the intensity and the suspense from the top of one hour to the next. Without fail, every episode ends in a cliffhanger (some better than others) which brings viewers back the next week. In fact, some people wait and watch the entire season through when it’s finished rather than being forced to wait a week in between each hour.

Have you ever tried putting yourself on a time table, publicly, with your readers? Try giving yourself a deadline for reaching a goal, and post throughout the process about its results. Some bloggers have discovered one way of doing this by publishing their achievements each month (subscribers, rankings, awards, etc.) and most have very grateful readers because of it.

Here’s one example of suspense-driven writing. Right now I’m finishing up a series called Watch Me Design a WordPress Theme at Theme Playground. Entries are due for a WordPress theme design competition at the end of the month, and I stated a few weeks ago that I would be entering. Since then I’ve done a series of posts and videoblogs documenting my progress, even going as far as to let readers have my PSDs and upload their own design decisions if/when they don’t like the ones I’ve made. The response has been really great, and I’m already receiving requests to make another theme using this same process when I’m done.

There are lots of ways to draw readers into the suspense of your blog. Hopefully some others will provide some ideas in the comments below, and hopefully still others will use these to draw buzz, interest, and (in the end) dedicated readers that stick around.

Prison Break is a show about two brothers, imprisoned unjustly, and forced to break out on a short timeline. One of the brothers, Michael, is an incredibly smart and capable engineer who orchestrates their escape and subsequent run from the police. Watching this show, aside from enjoying it (which I did) I couldn’t help but wonder: Outside of this situation, someone with his skill set and knowledge would be considered the biggest nerd around, and the average person would be very disinterested in him. But in this show, Michael is cool. He’s really cool. How can that be?

Think about it. Michael has advanced understanding of things like EMPs and architectural physics. Normally people like this aren’t considered cool by the general populace of America. It’s interesting, then, that so many people (millions of viewers) have tuned in to watch this show—and have subsequently kept in on the air for three seasons so far.
It turns out people are o.k. with dorky knowledge as long as it’s shown useful. An explanation of how an EMP works? The average person won’t care. An explanation of an EMP in relation to its usefulness in killing a radio to distract a guard and help Michael escape prison? The average person wants to know if it worked.

Don’t be afraid to share your knowledge, no matter what the topic is. But give it some utility. Show it in action. Give a case study. What your readers won’t care about as theory they will eat up as practice. In essence you are tricking them to read and digest something that they might not otherwise enjoy. If you write about Photoshop techniques, only do so if it fits into the scale of a project you’ve completed. If you’re an environmental blogger, how about some photos of your latest rally and a description of what it was like to stand up for something? Obviously there are a lot of ways to go with this, and hopefully you have enough here to get you brainstorming on your own.

Network Television and Writing for Utility

Network television is not designed for the sake of utility. Anyone who tries to do two things at once, one of them being television, will tell you that. Prime time television (where most of these examples are taken from) is about mentally checking out and being absorbed into a story and vicariously experiencing another world, usually for an hour or so. The writing equivalent is fiction, which you might not be writing. If you are, then continue to use prime time as a tool. If you aren’t, a word of warning might be due.

Most readers of online content aren’t doing so primarily for enjoyment, they are there seeking something to benefit themselves. Your writing needs to first and foremost concern itself with providing content for greedy and demanding readers. (Let’s face it, we are.) As long as you can feed the beast and do it well, then you will see some positive things come from your writing.

Which end do you tend towards? Daytime soap, prime time television, or educational programming?

WordPress users, get more great stuff from Ryan Imel over at Theme Playground.

Previous article: The Nasty Four-Letter Word that Keeps You from Writing
Next article: 5 Improvisational Acting Techniques That Will Make You a Better Blogger