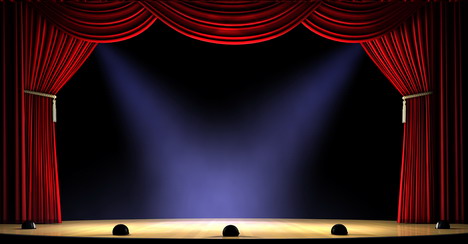 Recently, Brian wrote about the connections between jazz improvisation and blogging. As an improvisational actor, I wanted to offer the readers of Copyblogger insight into 5 techniques used by improv actors and comedians that can help you improve your blogging.

Let Go of Your Inhibitions

Audiences respond to one of two triggers: The Unexpected and The Common Experience. Both of these triggers are best expressed when your guard is let down.

Here’s what I mean.

Admitting to the fact that you pick your nose on the way to work is going to get a laugh. Some will be laughing at you because they didn’t expect it (and they pick their noses in the privacy of their own bathroom) and others will laugh with you because they do the same thing but were keeping it quiet.

Everyday, people are playing to social norms and expectations. You stand out when you let go of those inhibitions and explore your creative freedom. Vulnerability and spontaneity can inform this freedom and help set you apart from the rest of the bloggers in your niche.

Sometimes, when I’m on stage, the audience is quiet. Painfully quiet. The material falls flat and I wish I could rewind and do something different. The other night I tried to be Michael Jackson, and it was a total dud. My husband later told me that I used a southern accent for that scene.

I went for the joke instead of maintaining the emotional integrity of the Michael Jackson character. In other words, I gave attributes to a character that didn’t fit – and therefore, the audience didn’t connect.

In the same way, blogging is part of an overall conversation marketing movement where transparency is not only valued but expected. Savvy audiences will see through you in a heartbeat if you try to be something or someone that you’re not.

There’s an improv exercise called “Yes, And.” The first player makes a statement and the second player begin their response with the words, “Yes, And.” For example:

Player A: “I got you a Slip and Slide for your 35th birthday!”

Now, this suggestion feels a bit awkward to the beginning improviser. So it would be tempting to pretend it’s a joke or otherwise deny the situation. But this exercise teaches improvisers to accept the statements made by their fellow players and respond with gems such as:

Player B: “Yes, and let’s go put string bikinis on our cellulite-infested bodies and go strut our stuff in front of the retirement center.”

Raise your hand if you want to see this scene! I know I do.

“Yes, And…” is all about accepting what others have to offer. Whether it’s another blogger or a commenting reader, consider what others are offering you and respond accordingly. Don’t discount something quickly because it’s something you’ve never encountered before (a perspective, a partnership, etc).

Just as with copywriting, specificity is improv gold. When doing a scene, if I say I’m at a restaurant, every single audience member could have a different image of where that scene takes place. One person might think fast food while another thinks fine dining.

But if I say “Thanks for meeting me at Pete’s Soda Fountain,” that says a lot. Suddenly, my audience can visualize that I’m sitting at an old-fashioned pharmacy counter from the 1950s.

As a blogger, you may think that specificity comes easy. But does it really? When you tell your audience to write a good headline, do you give them examples? When you tell them to network on Facebook, do you show them how? Being specific will absolutely take your blog to the next level.

Play from the Top of Your Intelligence

Being specific doesn’t mean dumbing down your material. One of the reasons that blogging and social media is a hit is because consumers are tired of traditional marketing that’s pushed in TV, radio, and print ads. Consumers aren’t nearly as gullible as advertisers hope they are.

Del Close, the late co-founder of the iO Theater in Chicago, taught his students to play from the top of their intelligence. This meant starting scenes in the “middle” instead of starting every scene off with “Hi, how are you? My name is Jane. What’s your name?”

It also means pushing yourself to find the good material. Improvisers know that they can get a quick laugh from a dirty joke or a curse word. But this is often at the expense of a scene or even an entire show. Good improv holds out for the best material.

Good blogging does the same.

Previous article: Three Great Writing Techniques I Found While Watching Television
Next article: 7 Warning Signs That You’re Drunk on Your Own Words