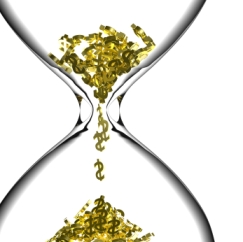 In advertising we used to have a saying:

“Everyone hates advertising until they have to sell their own car.”

Sometimes we all encounter readers who get mad at us for “selling too much.”

And sometimes you have to ignore those readers. They might just not be your customer. Or they may be those people who hate all advertising, as long as they’re not the ones who have something to sell.

It may be that your offer — your advertising — was a mis-timed “speed bump” that wasn’t properly integrated into your content.

In the reality TV series, “American Idol,” there are three sponsors. When research is done on the sponsors, most people can remember Coke (that seems to come to mind first) and then Cingular Wireless.

So who’s the third sponsor? Are you stumped? Most people are.

So why don’t people remember the third sponsor? Because it’s not integrated into the whole sequence of events.

The other sponsor, Cingular Wireless also integrates. You have to text or SMS your response to vote. The connection is natural.

But the third sponsor has no such integration in their sequence.

The third sponsor is Ford

The audience sees a lot of stuff about Ford, but there’s no integration at all within the sequence.

And so, like a lot of advertising, it’s simply annoying. It gets in the way. It becomes less memorable and less actionable. When you’re interrupting viewers or readers, you’re just interrupting them. The logical response of the customer is to either ignore you or “detest” you in some way.

But it doesn’t have to be like that at all.

You can integrate information in your content marketing very easily, and get the customer to not only like what you say, but take the next step and buy what you have to offer.

Let’s say you want to sell a book on “How To Write Headlines.”

You should be using content marketing (for argument’s sake, let’s say it’s a single article) to give away most of your information, so that the customer is totally empowered.

Now because you’re talking about headlines, headlines and more headlines in the article, the customer is locked into that article. You’ve integrated the information within the article.

Now a call to action isn’t so out of place towards the end.

Why towards the end? Why not in the middle?

It’s because we don’t like a break in sequence.

If you’re having dinner at a fancy restaurant, when would you like the waiter to upsell you the great dessert?

The job of the restaurant is to get you from one point of the meal to the other, and the next action is always integrated in the previous action. Anything out of sequence always annoys.

And so with your email, you need to follow the sequence where you hold the customer’s attention. As you take them from one end to the other, the upsell becomes not only natural, but wanted.

But don’t some people upsell at the top?

Yes they do. And that too (amazing as it may sound) is natural.

We like to know what we’re in for, so if your waiter were to tell you that you what was for starters, main course, and dessert — and do so at the top — you wouldn’t find it weird at all. You’d treat it merely as an announcement, akin to having an agenda, or a table of contents. You don’t see it as an intrusion.

But throw it in the middle of the “meal” and it annoys.

It’s irritating. It’s out of sequence. And it gets a response. The response often tends to be to ignore the information. Some folks get irritated, but most of us learn to ignore it.

Yet if you take that same upsell and put it at the end, it becomes the logical “next step.”

Several things are going on at once:

Previous article: The 6 Elements of an Influential Web Experience
Next article: 8 iPad Apps for Brilliant Writing