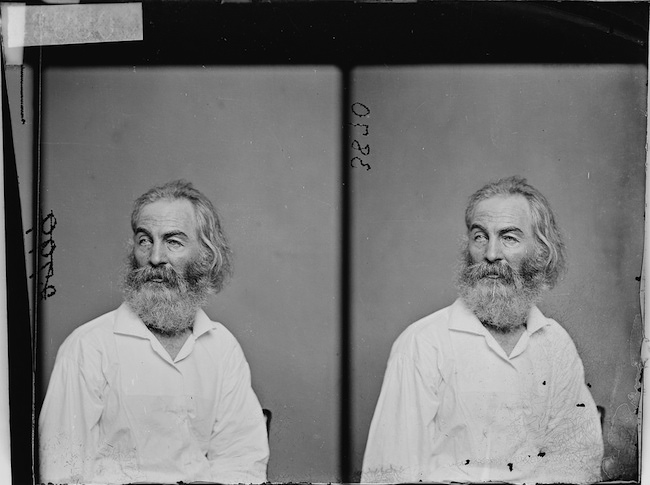 You’ve been a graphic designer since high school, went to college, and got a degree in computer science. During that time you’ve dabbled in writing. You have a blog. You don’t publish frequently, but when you do, you get traction.

Or how about this:

You are middle-aged woman who’s been a successful CPA with a large firm for 10 years. While the pay is divine, you are not entirely happy. In fact, if pushed, you’d probably say you hate your job. You’ve been breaking out the journal before bed each night.

You own a business. It’s septic tank installation. One you inherited from your father. Septic tank installing is all you’ve ever known. But a little over two years ago you were involved in a tragic accident. And you think the story needs to be told.

Each scenario above is based upon a real-life conversation I’ve had with someone. I’ve changed the details to protect privacy, but it doesn’t really matter. What matters is that you understand what I’m trying to do.

At some point in the conversation these people ask me: “Should I become a writer? Do I have what it takes?”

Usually what they want me to do is evaluate something they wrote. At first I was like, “Why not?” Maybe I can help people get on their way with a career in writing.

But over time I stopped accepting the invitation, and just got blunt.

Instead, when someone asks me, “Can you read this and tell me if I have a shot at writing?” this is what I tell them:

No. I will not read what you wrote. There is a better way to tell if you could make it as a writer.

One of the best business books I’ve ever read was Jim Collins’ Good to Great. It’s a delightful read, and while it has its share of critics, it is a must-read. Not just for corporations, but for people — self-improvement dorks in particular.

More than likely you’ve been exposed to some of Collins’ ideas.

For example, there’s his “First Who, Then What,” maxim. It encourages organizations to hire based upon a person, not a position. If you find an A-player, who cares if you don’t have a spot for her. Create one.

Another one is “Facing the Brutal Facts.” This idea can be explained through Jack Welch’s habit of cutting any division for which GE could not be number one or two in that industry — even if that meant cutting legacy programs. In Good to Great, Collins profiled Kimberly-Clark, who sold off their mills (legacy, but unprofitable) to focus on consumer goods (uncharted, but profitable).

Gutsy moves, but essential to make that leap from good to great.

But the idea I want to highlight here is called the Hedgehog Concept. It’s a concept Sonia told you about a few years ago, and it’s important enough to discuss again, with a fresh take.

To explain it, let’s use its foil: The fox.

In a Greek parable, the fox is noted for knowing many small things. He might be compared to the “Renaissance Man.” Benjamin Franklin was a fox.

The hedgehog, on the other hand, was famous for knowing one thing deeply. Bobby Fisher, American’s greatest chess player, was a hedgehog.

So what is the hedgehog concept? It boils down to answering these three questions:

You can think of these as “Obsession,” “Genetics,” and “Economics.”

I love playing it, I love watching it, and I have the drive to want to become the best at it.

I do not, however, have the size (genetics) to compete (let alone survive) in the NFL, the Canadian League, or even a smaller regional team. Which naturally means I could never make any money at it. I’d be wasting my time entertaining such thoughts.

I also love chess. I could play it all day. And I could probably get very good at it. But there is simply no money (economics) in it except for the exceptionally great. I’d be wasting my time entertaining such thoughts.

With writing, however, all three circles align.

This should encourage you: Most of us don’t win the career lottery. Unlike that rare individual who knows from the age of eight he wants to be a trial lawyer (and actually becomes one and actually remains one all his life), it might take decades to discover your personal Hedgehog.

I’ve always loved writing. Bad poetry, especially. But I never really knew what it meant to get better at it. And of course there was the romantic pact I held with the dead poet’s society that stated I not make money writing. So I waited tables.

But getting married (and wanting to raise a family above the poverty threshold) changed all that. So, attempting to appear responsible, I asked my college career counselor: “Give me a degree where I read and write a lot.”

“That would be English Literature,” she said.

I finished my degree with a pretty good GPA (my let-us-not-talk-about-it first time at college skewed the results), and having actually won a college essay contest, I thought I had a chance at this writing thing. But I still didn’t know how I was going to make money.

Until someone introduced me to copywriting.

I can’t tell you how many times I’ve told that story, so let me just say it this way: this soft, idealistic poet fell in love with the elegant, conversion-focused art of direct response copywriting. I learned that not only did I love it, but I could possibly become the best at it. And, more importantly, I could make money at it.

Which brings me back to my three original scenarios.

The question you must answer

So we know that you can make money as a writer (economic). And for the sake of the argument (see below), you can become the best at writing.

The only question you have to answer is this: are you passionate about writing?

In other words, do you feel like you could live a life without writing?

Or, is it an activity like water skiing, where you love it when you get a chance to do it … but if three summers go by because of life, you won’t feel off?

If your answer is “I could live without writing,” then don’t pursue a career in writing. Keep writing, yes, but stick to graphic design, accounting, or, in the case of our septic tank installer, hire a ghostwriter.

Why? You simply don’t have what it takes to endure the downs of the writing life. Just like every profession, there are occupational hazards:

You need the obsession to slog through those conditions.

What makes a great writer

Some people will insist that anyone can become a writer.

That’s true, but only if you qualify that by saying anyone with a writer’s temperament (genetic) can become a writer. This is a person who prefers to be alone for long stretches of time, is comfortable with uncertainty, and likes to solve problems using written language.

In addition, this person can:

In the end, what separates the casual writer from the great writer is obsession. It can be, at times, an almost unhealthy focus. It’s not unlike what David Brooks said about focus:

In saying “crowd out everything else,” Brooks was referring to the daily distractions we find in life (email, our phone, YouTube). But this could equally refer to the disagreeable conditions of a writing life.

However, if you answer something like “I need to write,” then yes, you should pursue writing, because you probably have what it takes to endure those conditions.

In addition, the perks of writing — the journey, the solitude, the reading, the recognition — are sufficient rewards that motivate you.

Hear me out: This is not to discourage anyone from writing.

But until you burn the boats and create a situation that is do or die, don’t ask if you have what it takes to write.

So, what do you obsess over — whether writing, or something else?

Can you get better at it?

And, more importantly, can you make money at it?

Share your thoughts with in the discussion over at Google+.

Editor’s note: If you found this to be a thought-provoking piece, we recommend another of Demian’s treatises on the writing life: 12 Lessons Learned from 12 Years of Writing.