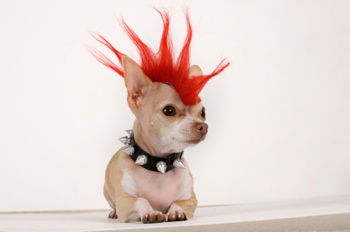 I used to think being “right” was a big deal.

I had to say the right thing, dress the right way, know the right people, read the right books, live in the right neighborhood, go to the right school. It wasn’t because I wanted to, exactly, but because I thought it was a prerequisite for success.

If you want other people to respect you, then you have to look and sound a certain way, right? Makes sense, if conformity is all you’ve ever been taught.

What no one tells you is the cost. Yes, conformity gains you a certain type of approval from others, but it comes at the cost of losing your sense of self.

You have to systematically search out everything that’s a little bit “off” about you and bury it as deep as you can. You know that you can’t get rid of it — it’s a part of you, after all — but maybe you can hide it so deep that no one will ever see it, so that a world that only respects the “right” will never realize how “wrong” you really are.

Maybe, just maybe, you can fool everyone until you’re in a position of power and no one’s opinion matters anymore. Then you can be free. Right?

The Power of Misfits

The people we pay attention to aren’t the masters of doing what’s “right;” they’re the misfits who have the courage to be wrong. They take whatever everyone else is doing in their industry and turn it inside out.

It’s not just about differentiation; it’s about perverting the norm, destroying sacred traditions, and screwing with the way people think. It’s about doing, saying, or living something that’s so completely unexpected that people can’t help but pay attention.

It’s about realizing that most people spend their lives breathing stale, recycled air, and then spending the remainder of your life finding and opening windows to make that air new again.

The one trait they all have in common: the courage to be wrong.

The Fallacy of Right and Wrong

By saying “wrong,” I’m not saying you should pander for attention, make lewd jokes, or otherwise do something bad. What I’m saying is you need to realize “right” and “wrong” exist only between quotation marks. Every day, the world decides their definition, and every day, we have the opportunity to influence what that definition becomes.

Revolutionaries don’t just burn the rules. They write new ones. In destroying the standard, they create the standard. It’s creative destruction at its finest.

Will some people dislike you? Sure, that’s the way it works. Real leaders are willing, even eager, to be disliked and even hated, not because it makes them feel important, but because they know it’s the price of change, and no one can pay that price but them.

Do you have that kind of courage?

If not, it pays to find it. No one pays attention to a coward for very long.

And if all you do is what’s “right,” then a coward is exactly what you become.

About the Author: Jon Morrow is Associate Editor of Copyblogger and Cofounder of Partnering Profits. Get more from Jon on Twitter.