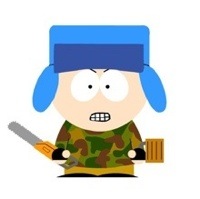 Canadians are a funny lot.

They use strange words and spell with a U. They kiss cod. They enjoy being frozen solid nearly 8 months a year, and they call their money Loonies and Toonies.

Don’t get me wrong; they’re nice people just the same. They’re nature lovers and humanitarians and they like things simple and friendly.

But there’s just one problem. Your marketing strategies? You notice how they’ve been changing? That the old-school methods aren’t working anymore . . . at all?

Well, I’ve figured out whose fault it is.

You see, Canucks have a strange mindset. They’re gentle people, and mostly kind of quiet. If you drove up to the frozen tundra and started screaming, “Buy my stuff!” at the top of your lungs, you’d probably startle the wildlife and be ushered off (politely) by Mounties in red coats and really great hats.

It’s happening all over. Those wily Canadians are causing a marketing revolution, and it’s spreading too fast to contain.

Think about it for a minute. All of a sudden, your potential customers hate screaming and being pushed around, don’t they? It’s almost like they’ve been influenced by an evil foreign power.

And no one wants to be told what to do anymore. They want to be persuaded, gently convinced that what you have to sell is really good for them.

It’s those Canadians; I’m sure of it.

If you were trying to persuade a Canadian, he’d listen — as long as you were making sense. In Canada, they know when you’re pulling the wool over their eyes. They like to hear good reasons they should trust you, and they observe you for a while to see whether you actually mean what you say.

Now everyone’s picking up on that. Your potential customers are looking for good reasons to trust you, and they’re watching every move you make.

They’re thinking more, too, damn them. And getting slower to make a decision to buy.

They even want you to be a nice person.

I’m noticing the “nice” thing cropping up all over the place these days. And once again, I blame Canada.

You see, Canadians have a reputation for being really, really nice. They take care of each other and they ask if anyone needs help.

They actually like doing it, too. The whole “no man is an island” saying? They actually believe that in Canada. They’re all about caring and sharing and being kind to the animals. (Especially the moose. They’re kind of obsessed with moose.)

Well, that do-good attitude is leaking all over. You might have noticed it yourself. Customers expect you to be nice to others and ethical in general and do the right thing. They want to know that you actually care about their well-being. Then they’ll think about buying from you.

Tough stuff. Customers who want you to care before they buy.

The other thing about those Canucks? They like to help other people. All the time. It’s like a compulsion.

If you need information, directions, help . . . You can’t go wrong up north. Everyone’s so nice and helpful that it would almost make you cry.

So now everyone wants you to be helpful like that. They want you to give them valuable information and tell them directions and hold open doors for them. They need to know that you’re willing to give before you receive.

No more me, myself and I. It’s all about asking what you can do for your customers today.

Don’t forget to ask in their language, too. No fluff. No fancy words. No jargon.

Canadians hate that. And now everybody tunes you out if you use fancy fluff and jargon. You have to learn to speak in words your target market understands. Yes, even words like “aboot” and “hoose.”

So if you have to change how you’re reaching your customers, I say blame Canada.

If you have to learn how to simplify your message and talk in the language of your target audience, blame Canada.

If you have to become more convincing, quieter, and more ethical, blame Canada.

Previous article: The Courage to be Wrong
Next article: How to Write an Ebook that Sells