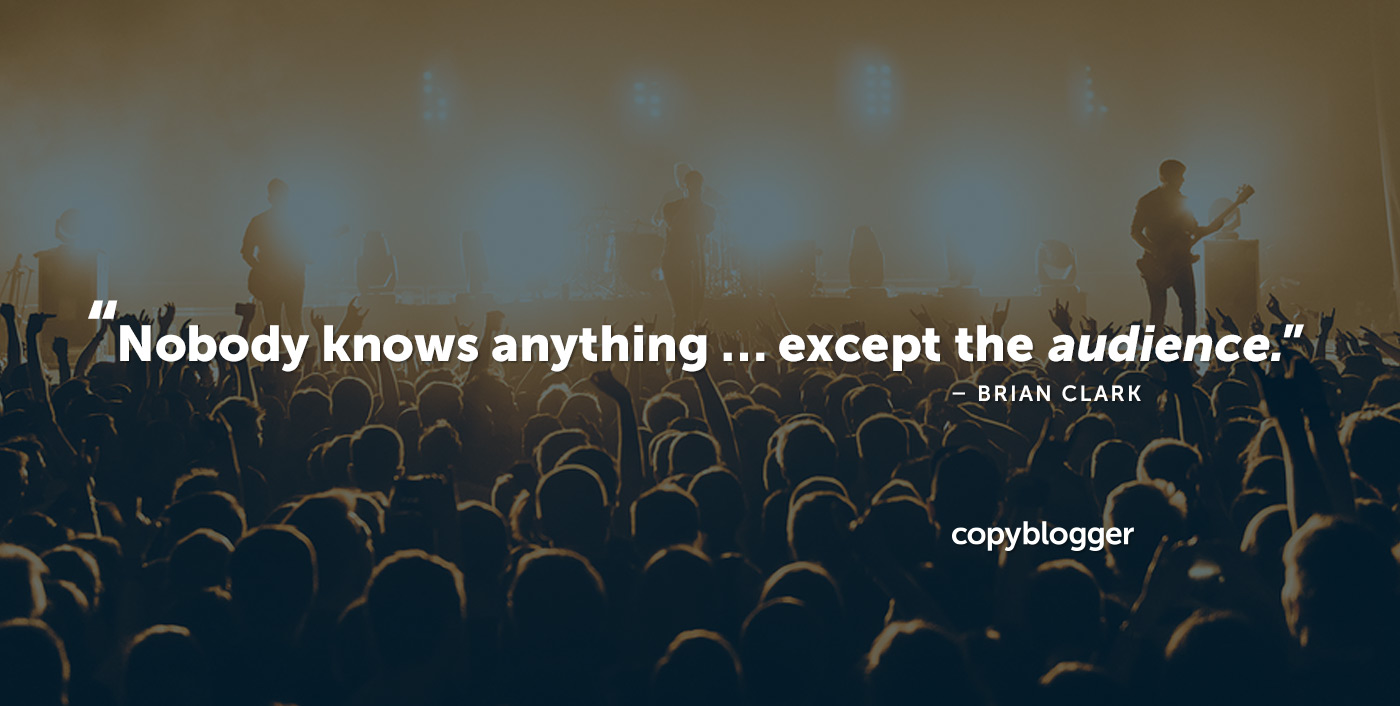 Ever had a great idea, and then started to doubt yourself?

Or maybe you’ve already executed on that great idea, but you’re hesitating to launch. Maybe it’s an article, or an ebook, or a new product or service.

How can you be sure it will work? Should you ask for feedback?

I’ll answer both of those questions in this article, but first I need to tell you a couple of stories from the nutty worlds of music and film.

Wilco gets the shaft

In 2000 and early 2001, Wilco recorded a selection of songs for a fourth studio album.

Signed to Reprise Records (a subsidiary of Warner Music), the band was continuing to shift away from its “alt country” roots toward a more experimental alternative rock sound.

This made the folks at Reprise nervous. After a shakeup at the top executive level of the label, a guy named Mio Vukovic was assigned to monitor the progress of the new album and offer suggestions.

Wilco negotiated its contractual divorce from Reprise. Part of the deal allowed the band to keep the master tapes and full rights to the unreleased songs.

The band was down, but not out.

Before we get back to Wilco, let’s take a trip to Hollywood.

“Nobody knows anything” is the most famous line from the book Adventures in the Screen Trade by screenwriter William Goldman.

That’s because it’s the truth.

Goldman isn’t saying (contrary to popular belief) that Hollywood is filled (exclusively) with idiots. He means that prior to a movie’s release, no one has any real idea how well a film will do.

Smart people in Hollywood seek writers, producers, and directors who have a proven knack for being right more often than wrong. Because that’s the best you can hope for.

The same is true for anything designed to entertain, educate, delight, motivate, or move people. The best you can hope for is to take your best guess and do your best work.

Welcome to the media business.

That’s not to say people won’t have opinions about the viability of your ideas.

Oh boy, will they ever have opinions. Everyone has those, right?

Let’s get back to Wilco.

Later in 2001, Wilco’s Jeff Tweedy decided to stream the “album without a home” from the band’s website.

The move was prompted in part to curb piracy of leaked mp3s, but it also let the fans decide if they liked the collection of songs known as Yankee Hotel Foxtrot.

Suddenly, more than 30 record labels offered to sign the band. Wilco went with Nonesuch Records, which is ironically also a subsidiary of Warner Music (who says the music business is screwed up?).

Here’s what happened next:

Nobody knows anything … except the audience.

Put it out there

This doesn’t mean you shouldn’t do your research.

This doesn’t mean you shouldn’t relentlessly think it through.

This certainly doesn’t mean this particular idea of yours will succeed.

Here’s what it means:

You’ll never absolutely, positively know until you put it out there.

Go ahead … we’re all waiting for the next fascinating thing.

And Mio Vukovic has absolutely no say in it.

Starting Monday, March 23, 2020, Stefanie Flaxman will be hosting a live learning experience called the Copyblogger Content Writing Masterclass. This is a live, interactive, 5-day workshop that is built for all types of content creators who want to build an audience of interested prospects.

Register for The Masterclass

Previous article: The Simple Way to Get Everything You Want
Next article: Why Everyone Hopes You’ll Be the Hero