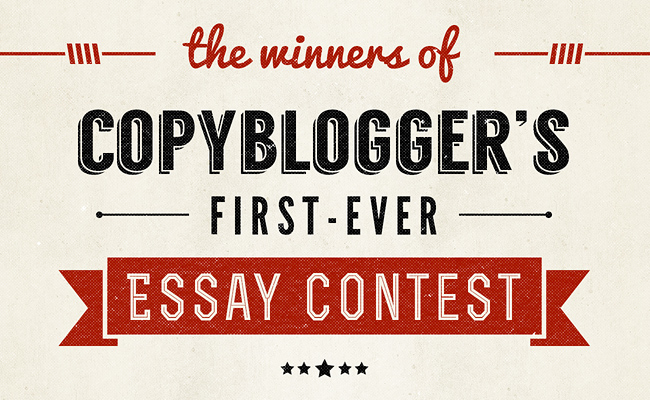 Editor’s note: This essay is one of three Second Prize winners of the Copyblogger Media Essay contest, for which writers had 250 words to discuss why it’s essential to be an online authority.

Wayne Wheeler knows a thing or two about authority.

Essentially erased from the public conscious, Wheeler led the Anti-Saloon League, an advocacy group that made possible the 18th Amendment to the Constitution.

Though he never cast a single vote for the amendment or its ratification, Wayne Wheeler used his authority to enact Prohibition.

How did he establish this authority? It started with content marketing.

A man ahead of his time

By 1913 the ASL was printing “more than 40 tons of prohibitionist propaganda each month,” according to historian Daniel Okrent. This provided Wheeler with the scale that most pre-internet marketers lacked.

Authority and singular focus allowed Wheeler to stand out among myriad competing voices.

The more things change, the more they stay the same

Small groups of every ilk try to change the conversation. Only the authoritative, focused, unique voices can find a space among the masses.

Those with influence, built with authority, determine the course of history. Wheeler used his to constitutionally outlaw alcoholic beverages.

Times haven’t changed much since the early 20th century. The means of distribution might have, but the general rules remain the same.

The value of authority increases exponentially amid the millions of voices on the internet. Affordable tools and free social media remove barriers to entry.

The only way to stand out, as Wheeler did, is to establish authority and gain influence.

Failure means screaming for relevancy among the masses.

And if you want more insight on how 270+ essays were whittled down to five winners, watch the Essay Contest Wrap-Up Hangout with Demian and Jerod. They highlight the specific elements of the winning essays that separated them from the pack.

Joe Pawlikowski is the SEO marketing team leader at PushFire, a Houston-based internet marketing agency. In his spare time he reads, plays baseball, blogs at JoePawl.com, and can be found a-Twittering at @joepawl.

Previous article: Why You Can’t Resist Persuasive Techniques (Even When You Spot Them)
Next article: Thank You, Dr. King