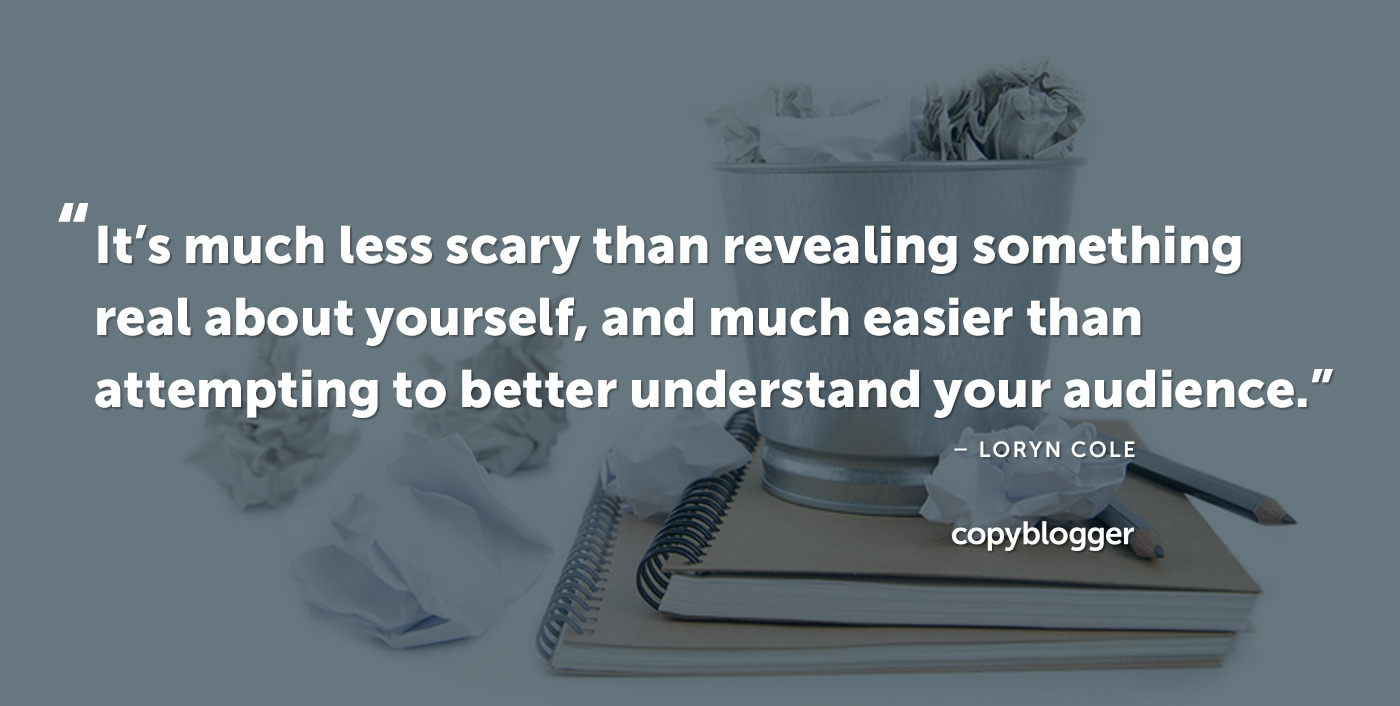 I’m not one for New Year’s resolutions. My personal resolutions always feel contrived, so several years ago I just stopped making them.

But the new year can be powerful, especially on a social level. It’s a time of year we can all agree is about new beginnings — even if it’s a tad contrived.

So, this year, I’d like to suggest a resolution for the entire content marketing industry: In 2019, let’s take a break from mashups.

Like alcohol or sweets, mashups aren’t an inherent vice. Used responsibly, this kind of content can be fun and engaging, maybe even useful. But collectively, we’ve indulged too much.

Mashups come in many forms, and content marketers aren’t the only group to abuse them. But there are two types in particular that we’ve allowed to overpopulate the internet, and it’s time for us to rein it in.

This is likely the most prolific type of mashup, and every local carpet company with a blog is guilty of it.

I can see it now: “9 Kinds of People Who Need New Carpet.” (Nobody’s written that article yet, but “6 Signs You Need to Replace Your Carpet” does exist.)

This is the listicle, the “top 10” list, the photo slideshow, the … clickbait. Some of these articles take off and get lots of traffic and shares, but the vast majority of them fizzle.

And yet, it persists, and it’s not hard to see why. These kinds of mashups all follow a simple pattern, one that’s easy to remember and sticks in our brains.

Over time, these mashups have become familiar — to both the writer and the reader.

And we like familiarity. It’s why The Office, Friends, and Parks and Recreation account for an estimated 14 percent of Netflix views.

It’s no coincidence that these three shows are all sitcoms: a beloved, familiar, easy-to-consume format.

There’s nothing wrong with using a template to create content — or anything, for that matter. Often, they can provide the constraints you need to produce something unique.

But for every successful sitcom or listicle, there are millions that don’t make it. Following a popular format doesn’t guarantee success.

For almost two years now, I’ve been working on my first motorcycle rebuild project. When I started, I knew almost nothing about motorcycle mechanics whatsoever. So, suffice to say, I’ve spent a lot of time Googling.

Most recently, the questions I’ve Googled include: “How hot do carburetors get?” and “What do fuse ratings mean?”

When you search for these kinds of questions, the pages that float to the top of the algorithm tend to fall into two categories: decade-old forum threads and extremely basic, “informative” articles.

Neither is especially helpful, but the “informative” articles are much more infuriating. You think they’re going to have the answer you need, but they end up being a list of basic facts in paragraph form, with no logical thread whatsoever nor any kind of human touch.

You know the kind of page I mean: last copyrighted in 2009, badly designed, and so many display ads you can barely read the text.

This kind of article was created, not to help people, but to rank in search engines. And now that they’ve established their search engine dominance, they aren’t going to relinquish it for anyone or anything.

Any time you’re searching for niche information, it’s likely you’ll run into at least one of these articles at the very top of the search information rankings.

Whether you’re gardening, doing basic home maintenance, or trying to rebuild a motorcycle, someone is out there angling to profit from your clicks.

Now, there’s nothing inherently wrong with pulling together facts or lists into your own article.

You just have to do it with some originality.

Because here’s the deal: bots are much better at figuring out how to get people to click than you will ever be.

Even if you’re one of the fastest copywriters in the world, by the time you’ve finished putting together that Top 10 list, algorithms employed by high-traffic websites will have already conducted thousands of tests to optimize their content for social media and search.

For simple goals like clicks and traffic, algorithms will always win.

But you have something that algorithms don’t: a voice, a perspective, the ability to synthesize your experience and empathize with your fellow humans.

In You Are Not a Gadget, Jaron Lanier draws a distinction between original creation and mashups, calling them first- and second-order expression.

“First-order expression is when someone presents a whole, a work that integrates its own worldview and aesthetic. It is something genuinely new in the world.”

“A movie like ‘Blade Runner’ is first-order expression, as was the novel that inspired it, but a mashup in which a scene from the movie is accompanied by the anonymous masher’s favorite song is not in the same league.” – Jaron Lanier

First-order expression can draw inspiration from other people’s work, but in the end, it brings something of its own to the table, it presents itself as a whole.

It’s easy to understand why so many content creators revert to formulaic mashups. They’re safe; they’ve been proven to work.

It’s much less scary than revealing something real about yourself, and much easier than attempting to better understand your audience.

And maybe, for a while, you’ll see some success from a mashup. Maybe it will do well on Facebook for a week, or on Twitter for a day. Maybe it will rise to the top of the search engine results for a useful term.

But now, the questions you have to answer are: How many of those people came back? How many read more than one article? How many signed up for your email list or engaged with you another way?

That’s the reason so many of these sites rely on ad revenue: They don’t care if anyone ever comes back. They just need page loads.

But when you’re building a sustainable business, or helping clients build one, you need to connect with your audience. You need to solve problems for them; give them answers or insight or an experience that they can’t get anywhere else.

It can be scary, but when you get it right, the results are extraordinary.

Write for people, not machines

As we progress further into the era of social media, algorithms, and search engines, it’s worth remembering that popularity doesn’t equal quality.

And while popularity has its uses — after all, you can’t convert if nobody sees your content — it should only ever be a tool, not an end in itself.

Previous article: What Elephants, Rats, and Apex Predators Can Teach Us about Creating Durable Businesses
Next article: No, Content Marketing Is Not a ‘Soft Skill’