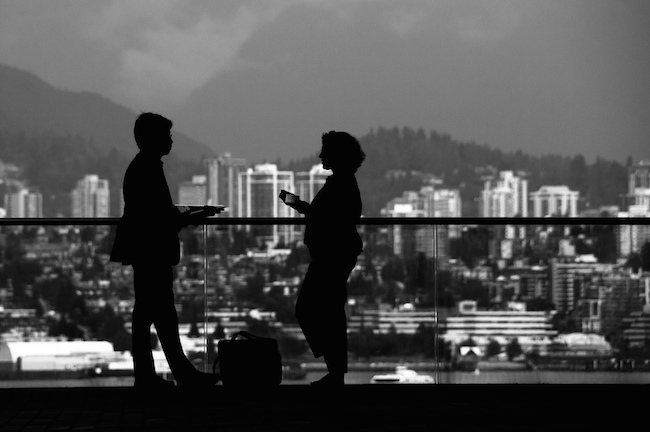 Would you ever consider taking comments off Copyblogger?

When the question was posed during our editorial meeting, my immediate reaction was, “Absolutely not.”

I wasn’t even interested in considering it, because I like conversations. I enjoy seeing what people think of different posts. I like the quick view of what people react to (positively or otherwise), and what seems to need more explanation.

While the comments on the big CRaP websites are mostly pretty awful, I’ve always enjoyed managed comments on real content blogs. Conversations, after all, are typically more interesting than monologues.

But the team and I got together and talked about it. And as we talked, I started to see it differently.

Here’s the distillation of that conversation — the one that led me to say, Okay, let’s do this.

If you’ve been running your own blog for awhile, you probably noticed that comments started to become less frequent when Facebook and Twitter really started to come into their own. (And that’s only picked up speed with the incredible growth of the other social platforms like Google+ and LinkedIn.)

Why? Because the conversation moved to a wider public platform.

This is actually great for blogs. You get to have the same great conversations you were having in your blog comments — but now, they take place where a wider potential audience can see them.

This creates a much better opportunity for new people to find you. The social platforms are fantastic for sharing your content, but they’re also a venue for the conversations that used to be mostly limited to your comment section.

We couldn’t quiet the conversation around our content if we wanted to — and we definitely don’t want to! But we have terrific outposts where those conversations can live now.

Something I’ve often noticed over the years is that many of our readers put a lot of thought and care into their comments here on Copyblogger.

Sure, we get our share of “Great post” comments. But we also get people who really dig into the material and come up with their own thoughtful, well-considered responses.

And here’s the thing: This might not be the right place for that.

If you’re going to put the work in to articulate your thoughts, to make an intelligent argument, and to bring something fresh to the conversation … you should be putting that work into your site, not ours.

Not that we haven’t loved having you! We absolutely have. But now I want to challenge you to take that great thinking and writing and use it to build your audience rather than ours.

Something in one of our posts strike a chord? Something you disagree with, or think is powerful, or could be amplified? Make those points … on your site.

Now if you want to link back to us, of course we would love that. But the main goal here is to make the ideas your own — to create your own expression, your own take. (Which we can’t wait to see.)

And then there’s the spam

In a little over eight years, Copyblogger has published more than 130,000 approved comments. Which is pretty amazing, right?

But over that period, that’s only about 4% of the comments that were left on the site. The remaining 96% were pointless, time-wasting spam.

Of course, we’ve had a lot of help fighting that deluge from our spam filters. But spammers have gotten smarter, and the practice has evolved to the point where it takes a decent amount of mental effort to figure out the intent behind comments that are actually cleverly-disguised spam.

Moderating, clearing out, and managing comment spam is a singularly unproductive activity. And because the conversation doesn’t ever die out, because there are so many other fruitful places to have those conversations, we have an opportunity to find out what happens if we just … quit doing it.

The whole team is intrigued to try this experiment and see how it goes. (Particularly our CEO, who has shoveled out from under enough spam to last several lifetimes.)

Should every blog remove comments?

I don’t think so.

Blog comments are an amazing resource for any blog when it’s getting started. It’s a super convenient way to take the pulse of your audience. It’s a quick metric for getting a sense of how strongly the audience responds to a particular post. And it lets a community start to grow up around you — around your ideas and how you express them.

All of those are good things. And for eight years, comments have been a fantastic thing here on Copyblogger.

We’re fortunate enough (mainly because Copyblogger’s been around for so long now) that we have a lot of thriving “outposts” where conversation happens, particularly Google+ and Twitter.

So we’re going to take the conversation there (and more important, to your own blogs), and see how that works.

We encourage you to take the ideas that mean the most to you and discuss them on your own site. Ideas get stronger when they’re expressed in different voices and different ways.

Normally, I’d close things out by asking you to leave a comment and let us know your thoughts! But going forward, instead I’ll be interested to hear your take on Google+ or Twitter … and perhaps some more platforms as we move forward.

Previous article: How to Tell a Seductive Story
Next article: 5 Ways to Rankle an Old-School Journalist