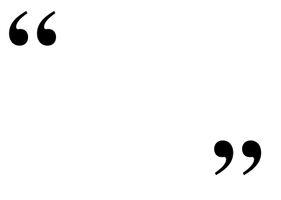 Everything of importance has been said before by somebody who did not discover it. ~Alfred North Whitehead

A great quotation is gold to a perceptive writer. You can instantly boost reader engagement with the right bit of wisdom or wit. And when writing to persuade, you can bolster your arguments by pointing to the words of the well regarded.

In other words, author Anatole France nailed it with this:

When a thing has been said and well, have no scruple. Take it and copy it.

After all, all he did was string together a lot of old, well-known quotations. ~H. L. Mencken on Shakespeare

A great quotation is like a smart anecdote or analogy… it engages the mind in a way that the same point directly made does not. That reader mindset is the tipping point between attention and indifference.

Whether you use a quotation to open strong or sprinkle them throughout your writing, an excellent quotation tends to get read, even by scanners. And when the point is poignant, you transform that scanner into a reader. People want to see how well you stand on the shoulders of giants.

So what’s the secret to the effective use of quotations?

One must be a wise reader to quote wisely and well. ~Amos Bronson Alcott

A quotation in a speech, article or book is like a rifle in the hands of an infantryman. It speaks with authority. ~Brendan Francis

Again, we’re looking to build our own authority with our readers. But no matter your level of influence, you can always bolster a persuasive point by directing the reader to a respected authority who shares your views on a subject.

This works wonders when trying to make a point that may be hard for some to accept. After all, I may know that creativity is inspired from the things around us and the work of others, but who’s going to argue with Picasso?

Authoritative quotations provide mental shortcuts to acceptance. If you want someone to accept what you’re saying, quotations allow you to tap into the mind’s tendency to seek the path of least resistance. It’s often easiest to believe a famous historical figure in order to believe you, so take advantage of the authority of others to build your own.

People will accept your ideas much more readily if you tell them Benjamin Franklin said it first. ~David H. Comins

It Still Comes Down to You in the End

I hate quotations. Tell me what you know. ~Ralph Waldo Emerson

I suspect Ralph was having a bad day when he said that, but he has a point. All the quotations in the world won’t help unless you’ve got something to say as well.

But you know that.

So let’s assume you’ve got something to say, and you know to say it well. But don’t forget to get your quote on to kick up the engagement and authority on command.

Here are three quotation resources for you:

So… what’s your favorite quotation? Share in the comments!

About the Author: Brian Clark is the founding editor of Copyblogger, and co-founder of Teaching Sells.

Previous article: Are You in Personal Branding Prison?
Next article: Exclusive Advice for Writers and Business Builders from a Copywriting Genius