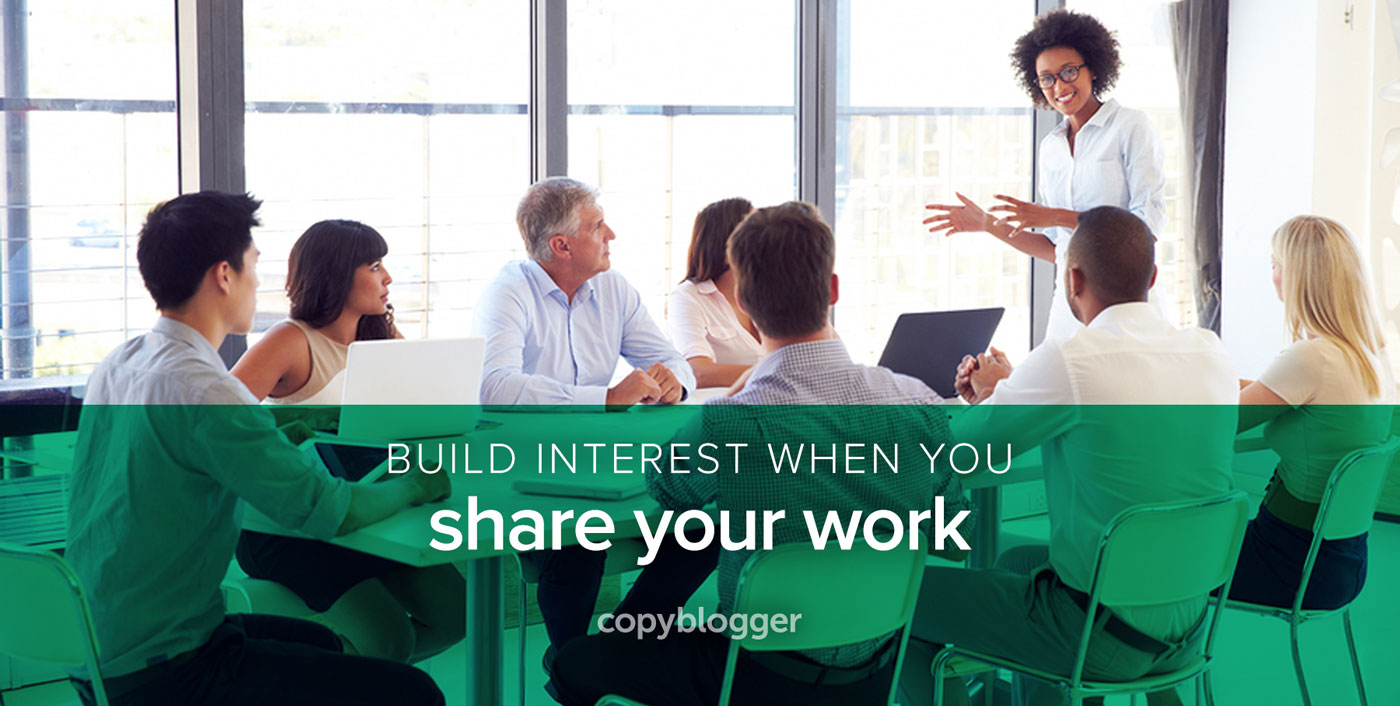 “How do you promote your work and, at the same time, do good work — without either suffering?”

Not long ago, I was speaking at a blogging conference when a writer in the audience asked this question. And until recently, I didn’t have a great answer.

Today, with an abundance of blogs and social media channels, it can be a bit daunting to even try to promote your work. Everyone has something to sell, and the desperation we all feel from the countless voices vying for our attention can just be a bit too much.

So, how do we do good work and also help our work get the attention it deserves?

But there’s a little secret great musicians, comedians, and writers know: the best way to promote your work is to just do the work.

Three things happen when you do that …

1. You get better faster

Comedian Chris Rock has a habit of showing up unannounced to small nightclubs. No one in the audience knows he’s coming. They haven’t bought a ticket to see him; they aren’t even aware of his performance until he’s onstage doing it.

Often in front of audiences with fewer than 50 people, he takes the stage and goes through a 45-minute routine.

With a legal notepad in hand, Rock offers the material in an informal and un-exaggerated voice, seeing which jokes connect and which ones fall flat. This is far from the polished, outlandish version we are used to seeing on TV comedy specials.

Most of the jokes fail, and that’s because he isn’t performing. He’s practicing.

When he’s working on new material, Rock may do this 40 to 50 times in preparation for a big tour. At a small New Jersey club near his home, he’ll randomly walk in, take the stage, and proceed to bomb.

He’s not doing his usual bits. Instead, he’s trying out his new material. Sometimes, it goes so poorly that people get up and leave. Other times, they fold their arms or laugh at him — not with him.

Why does he do it? Why subject himself to such humiliation? Because Chris Rock doesn’t become Chris Rock by practicing his jokes in a dressing room. He does it by taking the stage and failing in front of an audience.

The same goes for Louis C.K. or Steve Martin. This was how musician Beck Hansen began his career, as well, playing for audiences who didn’t want to hear folk songs in rock and roll clubs.

There is no other way to get good than putting your work out there, sharing it for the whole world to see and hear.

There is also no other way to get discovered than by submitting yourself to an audience, doing your best, and risking the inevitability of rejection.

You must practice in public.

2. You build an audience

I used to want to be a professional musician. After practicing the guitar in my parents’ basement for six years, I wasn’t much better than when I started. Oh, sure, I made incremental improvements but was nowhere near what you would consider proficient.

But then, I joined a band. And we began playing shows, one after another, each time getting a little better.

Then I started another band, and another.

By the time I graduated college, I was on to my fourth band and first major tour. For a year, I traveled through North America in a van with six other musicians, sometimes playing several shows a day.

During that time, I didn’t practice scales or runs or any of that stuff. I just performed. Day after day, night after night. And you know what? I became better than I ever thought possible.

But perhaps more importantly than that, I wasn’t creating in a cave. I was building an audience while I built my craft.

And when you do this, people notice.

This is nothing new. It’s what Tim Grahl is doing by writing his book in public and having editor Shawn Coyne critique it each week on the Story Grid podcast. It’s the same thing Pamela Wilson and I did with the Zero to Book podcast.

It turns out, the best marketing strategy is sharing your work while you do your work.

Working transparently on a project out loud and in public is a great way to earn the attention of an audience. It works because people believe it. You’re baring your soul, risking everything. And even if you don’t succeed, people will be cheering for you.

3. You learn to deal with failure

Of course, this means you will eventually fail. You can count on it.

Recently, I had a book signing at a local bookstore, and five people showed up. Two were my son and wife, two were house guests who were morally obligated to attend since we were providing shelter for them that week, and one was a loyal friend who almost always comes to these types of things.

When it was over, I was relieved. Until someone who didn’t attend asked me, “How’d it go?”

At that point, I was tempted to whine. To complain. To moan until he felt guilty for not coming or so filled with pity that he bought a hundred copies of my book just to make up for it.

But instead, I chose another route: gratitude.

Realizing there were two ways to look at the situation, I decided to see the potential in the failure and instead of saying, “It was horrible,” my answer became, “It was good practice.”

For the next time.

With every public disappointment, you have the choice to either give in to frustration or see such shortcomings as practice.

When we fail, we can re-envision our failures as training for what’s to come.

This is not merely looking for a silver lining. It’s deeper than that. It’s a commitment to go on, to persevere, believing one setback will not defeat you.

You’ll live to fight another day, and you will be better because of it. And today? That was just practice. For the big time. The next show, the next book, the next chance to do it better, when the stakes are even higher. And the sooner you get started, the more prepared you’ll be.

It’s not too late to start

There is no other way to get good — to do the work of a professional — than to stop waiting for a chance to share your work with the world and do it now.

Years ago, I learned this lesson from Seth Godin when he said, “No one ever gets talker’s block.” You get better at talking the same way you get better at writing. You practice, and the best kind of practice happens in public.

(Here’s a free ebook on how you can get started sharing your work as a writer today.)

Previous article: Powerful Calls to Action: How to Get Your Reader to Take the Next Step
Next article: 7 Bad Writing Habits You Learned in School