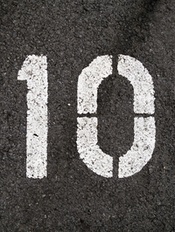 When we were kids, my friends and I made up a game we called “Made You Look.” Three or four of us would get fairly close together – in a shopping plaza, on the street, or anywhere there were lots of people – and look up as if we saw something incredible.

It would never fail. Passers-by would glance up to see what we were looking at. Some would stop and stand there for half a minute trying to discern the object of our attention. And the more of us doing it, the more people would look. One time in New York City, we did this with a dozen cohorts and virtually stopped traffic on Broadway.

We knew it was smart aleck juvenile humor. But what we didn’t know was that it was a classic demonstration of a powerful psychological principle called Social Proof. The idea behind Social Proof is simple: People are all copycats to some degree. We do what others do simply because others are doing it.

Does it work in marketing? Yes. And one of the best ways to use Social Proof to your advantage is to include testimonials in your promotions.

In the first two parts of this series, we discovered why testimonials are powerful and looked at how to set up a testimonial collection system. Now let’s see what to do with your testimonials once you have them.

Making the Most of Your Testimonials

Once you have a pile of great testimonials, you’ll want to start using them in your promotions right away. And to get the most bang for your buck, you should:

1. Select testimonials from customers similar to your prospects.

2. Select testimonials that give specifics.

Consider these two testimonials for a lawn fertilizer:

“I think Lawn Magic is a wonderful product. My lawn looks great.”

“For 6 years I tried every weed control powder and spray at my local garden store, but nothing could get rid of those darned dandelions. Then I saw your ad for Lawn Magic and decided to give it a try. I tried the Quick Cover method you suggested and WOW! Just a week later, there’s not a single speck of yellow anywhere – except in my neighbor’s yard.”

Which one makes you want to try the product?

Don’t change the meaning. Don’t enhance. And don’t present words and phrases out of context. If a statement is too long, awkwardly punctuated, or otherwise unclear, you are justified in taking a blue pencil to the copy. But keep it light, otherwise you’ll lose the special flavor of actual testimonials.

This packs a doubly powerful psychological wallop because a group of testimonials proves your claims and engages the Bandwagon Effect – “Lots of people are doing it. I want to do it, too!” Seeing testimonial after testimonial sends a visual signal that your product has widespread appeal.

5. Use many short quotes instead of a few long ones.

If you’re going for the Bandwagon Effect, this just makes sense. It’s a matter of showing as many people as you can who approve of the thing you’re selling. Twenty pithy testimonials are more powerful than 5 big chatty ones. On the other hand …

6. Don’t be afraid of long testimonials.

Sometimes, you get a gem that says it all. It may be a story, an emotional revelation, an authoritative remark from an expert, or just a simple comment that hits the nail on the head. You might want to separate it visually from the others, in a sidebar, for example. If it’s paragraphs long though, don’t use it as a testimonial; use it as a success story.

7. Include full names, titles, and locations when possible.

This makes testimonials more real and relevant and enhances their credibility. I’ve even seen one instance where a seminar marketer included phone numbers and challenged readers to call other attendees. Obviously, you must consider privacy issues, but remember that, in general, full names are more believable than initials. Titles show authority, experience, or expertise. Locations, such as cities and states, help prove that people are real.

They are further proof that your testimonials are real. And they help prospects identify with your customers. This can be tricky, though. Sometimes photos can subtract impact if they are of poor quality or show people who – for whatever reason – don’t look right. One investment promotion I saw used blurry black and white photos of an odd assortment of people I instantly perceived as total losers. Use good photos or none at all.

9. Enclose each testimonial in quotation marks.

Readership studies show that people are strongly attracted to quoted copy. It draws the eye. It makes reading easier and faster. And the subject matter is usually more relevant and interesting, since people are endlessly fascinated by other people – in what they do and what they say.

10. Use a powerful headline to introduce testimonials.

Don’t settle for a lame, do-nothing header, such as “Here’s what people are saying about the Laminator 2000.” Follow standard headline rules and provide a complete message, such as “Over 124,000 small businesses like yours rely on the Laminator 2000 to make their own professional-looking tags, instruction sheets, and signs.”

Want to have some fun around the office? Try my “Made You Look” game. For best results, have one or more colleagues do the looking while you watch from a distance. You’ll have a good laugh while performing a classic psychological experiment.

Next time … how to use what we’ve learned about Social Proof to build credibility with testimonial “stand ins.”

Previous article: The Secret to Captivating Content? More Cowbell!
Next article: Are You a Wannabe?