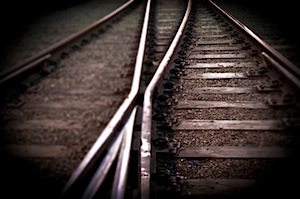 There’s a sad story about failed marketing campaigns that maybe you’re familiar with. Perhaps this has happened to you (I know it’s happened to me on more occasions than I care to admit).

Upon launching your product, or presenting a new offer, you do all the right things.

… You create useful and valuable pre-launch content that builds all sorts of interest and attention.

… You carefully craft your messaging based on tested and scientific copywriting methods.

… You have your audience keenly dialed in and channel their interest and desires through all of your marketing.

… You couldn’t be more convinced that your product or service is what they want.

Then you open the doors for a grand opening, AND…

Sales are dismal. You make a few here and there, but it’s certainly not the flood you expected.

So where did you go wrong?

You followed the rules and listened to the experts. Why aren’t things working?

You played it safe. You thought you could get away with merely doing what works, what’s tested, proven, safe.

The reality is: what’s proven has already been done. As priceless as those lessons are, the standard way of executing them is yesterday’s news.

The more audiences become exposed to online marketing, the more blind they become to the latest tactics and techniques. What used to be captivating and novel soon becomes old hat. Just as people get ad-blindness over time, they also get a sort of “marketing tactic blindness” as those campaigns become more and more routine.

Here are some examples of tactics that used to be effective, but are now merely mundane:

It’s not that launch videos, transparency, or webinars are bad. But they’re not enough. They won’t make you remarkable. You need to add something more.

The problem is this: what was once an innovation quickly becomes a template that other people follow. And as soon as something starts to become adopted by the masses, it immediately begins to lose its effectiveness.

If you’re doing what’s been proven to work and you’re not experiencing the results you want, something needs to change.

Doing what no one wants to do

There are good reasons why there are only a few at the top of any industry or niche. Sure, those folks work harder than anyone else, but that’s only part of the reason they’re so successful.

Want some examples of this kind of trailblazing marketing?

What it takes to be number one

I know what you’re probably thinking: “I can’t afford to take those kinds of risks and not have things work out.”

I get it. Becoming the best is not an easy road.

Being a pioneer can mean a lonely road, and it’s scary to not have data and charts to back up your theories. And when you need things to work, it’s hard to take risks.

That’s why I recommend that you work incredibly hard at building an audience and getting one offer working — something that you can repeat, that just works for you. Maybe it’s a group coaching program or a membership site (bonus points if it supplies recurring revenue).

Whatever your offer is, the goal is to get it to a point of stability and a place where it’s fairly predictable.

Once you do that, getting risky gets a lot easier. I’m talking about crazy, wild ideas that could change everything or fall completely flat. Writing a book or creating a TV pilot. Something no one has seen yet.

A final word on breaking the rules

It’s easy to get all romantic and starry-eyed talking about breaking the rules and creating marketing campaigns that have never existed before. You might think that I’m telling you that you need to ditch all traditional education and throw out your entire library of marketing training.

Of course you could do that, but it would be incredibly dumb.

Any great trailblazer needs to first know the terrain before they start going off the path. You need to have the right training — from the right teachers — before you can become a wilderness warrior and survive without a compass or a map.

So I’m not saying that you should ditch the classics and time-tested marketing advice. Of course not. By all means, master them. Be able to recite them from memory.

But please, don’t stop there. That’s only the beginning.

After you’ve done that, you’ll be well equipped to go off the path. To venture where no one has gone before, and start creating templates that others will follow.

That is, after all, where the true rewards lie.

Jonathan Mead likes to eat inspiration for breakfast and helps people kill their day jobs by opting out of the template. For more on trailblazing your own market, check out the gratis online event he's doing here.