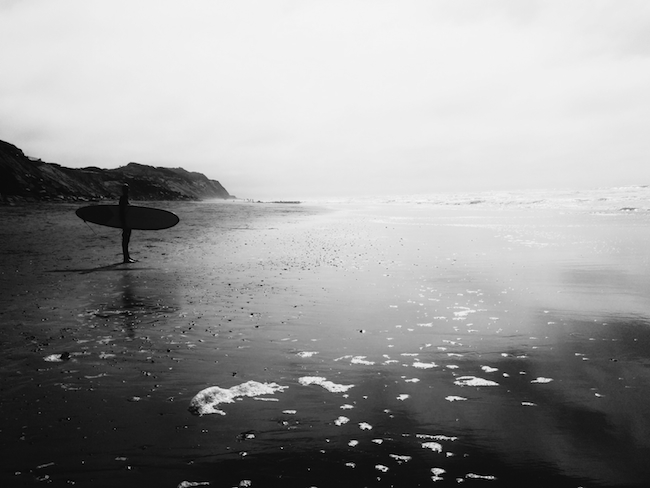 Man cannot discover new oceans unless he has the courage to lose sight of the shore. ~ André Gide

Setting sail away from the safe harbor of best practices is a fear that we, as marketers, must learn to embrace.

Scary situations arise when you set foot in uncharted territory. In March, our company decided do just that, by “storming the gates” and completely removing our gated opt-in pages.

Resources like our 10,000+ word guide on The Art of Customer Loyalty were completely redone into an open style, with absolutely zero commitment to access.

Funny enough, Copyblogger recently saw a similar divide crop up when the team decided to test out removing their comments.

A whirlwind of opinions began to flurry around, but I noticed one startling trend: comments were made mostly on the basis of “best practices,” and not on what might be best for Copyblogger.

Online marketing, a field which benefits greatly from rigorous testing and thoughtful looks into a multitude of data, sometimes has to face the double-edged sword of best practices. Though they encourage tested tactics, what works for one may not work for all.

Best practices also encourage “prescribed” advice that can stifle innovation at a company that refuses to innovate on its own — imitation may be the sincerest form of flattery, but it is not innovation.

That said, let’s take a look at why you need to be careful about listening to the metagame.

Marketing advice is not a prescription

Brian Balfour is a guy who knows a whole lot about growing companies, having co-founded four and consulted for many more.

Recently, he made an important point on growth that so many entrepreneurs seem to miss:

A lot of the content I’ve seen promises proven tactics, rules, or the ‘right’ way to do things. But there is evidence showing how common prescribed tactics actually performed worse (much worse!) for certain companies.

My point to calling this out? Don’t take anything you read on growth (including my material) as prescription. Always, and I mean always, view it from a lens of inspiration. ~ Brian Balfour

In other words, truly sustainable growth is context dependent, and is never one-size-fits-all.

Copying best practices is absolutely advisable when you’re just getting your feet wet. If you don’t know what to do, why not take advice from candid, trustworthy experts? It’s the reason why entrepreneurs are (or should be) some of the best-read people on the planet — condensed knowledge that took years to formulate can be consumed in mere hours from a good book.

There comes a time, however, when you’ll need to stop obsessing over “the metagame.”

In competitive games, the metagame is defined as the current environment of best practices for top players. Expert chess players have confessed that one can become quite good at chess just through memorization. Many books on chess for beginners thus curiously read like playbooks.

The problem is that you can never be great at chess (or anything else) by mimicking someone else’s innovation. World-class chess players often criticize this obsession with memorization, because that approach isn’t about understanding the moves, it’s just about copying them.

Does your strategy actually fit … you?

There’s a sea of people copying the current metagame, but far fewer actually understand the “why” behind the tactics. Even fewer are actually winning big — but those that are winning know that they need to constantly test, tweak, and try new things in order to find out what works for them.

What got you here won’t always get you there, and you’ll find that you can only avoid stagnation and see uncommon results by doing uncommon things — by beginning to write your own playbook.

Think about the difference in quality from “off the rack” to bespoke.

When you’re just getting started in fashion, you want to buy off the rack to find your style. But nothing will ever look as good on you as bespoke clothing. It’s literally made just for you.

An evolving marketing strategy will look the same way.

You’ll need to go off the rack to get started, but ambitious marketers are always looking north. And in time, you’re going to need to embrace a strategy that’s tailored to your business. You’ll never find this perfect fit if all you do is copy other people’s style.

Be a marketing scientist

Finding what works for you means keeping your eyes open for the evolution of the marketing “metagame” (what’s working for other people), but taking the things you see and putting them to the test in your own way.

As Bruce Lee would say:

Absorb what is useful. Discard what is not. Add what is uniquely your own.

This brings us back to the two experiments I discussed above.

Copyblogger CEO Brian Clark happily admitted that the whole ‘No comments’ move was all a part of the grand experiment that is growing a media business. If things don’t work out, we’ll ditch New Coke and go back to Classic Coke, and walk away with important information.

We will share results. If a lack of comments proves to hurt, I’ll add them back and say, ‘Whoops.’ ~ Brian Clark

The same applies to my ambitious belief that the Help Scout resources will work best for our business by being opt-in free. There is a very real chance that I’ll end up kicking myself so hard that it’ll result in a permanent imprint on my backside. But that’s the chance you take when you decide to find things out for yourself.

Failure is the cost you pay to be right.

Reading tried-and-true information from places like Copyblogger is how I got my start in content marketing, but I couldn’t have the impact I wanted by “sweatin’ and stealin’ a year and a half behind,” as Rudyard Kipling would put it.

Testing can only happen when gut insights are put to the test, and this often requires getting over your fear of failing and taking a leap of faith.

When you’re following best practices, it puts your mind at ease — “I’m not doing anything wrong” you say to yourself. Nobody can accuse you of messing up, because you’re just doing what the big boys do.

It is this fear — fear of criticism, fear of failure — that makes following the metagame so enticing.

When you innovate and fail, it feels like the failure reflects on you, on your ideas. When you copy the metagame and it doesn’t work, it’s easily brushed off as “Their ideas didn’t work for me.”

You need to stop letting your ego make these types of decisions for you.

I’ll let you in on a little secret: one of the most successful pieces of content I’ve ever been involved with almost didn’t see the light of day.

It was a video collaboration with the ASAPscience YouTube channel, and it was called The Science of Productivity, a video that now sits at over 1.5 million views.

And yet, I almost chose to pass over this opportunity.

“Greg, what the hell are you doing? You have no idea how to help write a script for an animated video. Just publish the damn article and be done with it … “

I was almost ready to go back to the boring routine of “write post, hit publish” instead of taking advantage of a unique opportunity to work on an animated video … how dumb!

Opportunities like that don’t come very often for new bloggers. It was all out of fear, out of fear that it would suck, and that I’d be placed in front of a whole new audience (YouTube) to be mocked and criticized.

You can’t let critics pick you apart, and you should start viewing your experiments as tests, not as failures. Research suggests that you should pretend to work like a scientist.

Product teams already do this. Many software companies add “lab teams” that aim to do nothing more than experiment with what they can do with the product (and beyond).

Marketing teams, especially at larger companies, are so obsessed with avoiding downward-facing charts, they often won’t swing for the fences.

While your bread and butter should remain consistent, have your own version of “labs” with your marketing — lay best practices to the wayside and try out a “so crazy it just might work” idea once in a while.

Your bottom line just may thank you for it.

We have to continually be jumping off cliffs and developing our wings on the way down. ~ Kurt Vonnegut

Now over to you …

Do you ever find yourself seeking comfort in the metagame and avoiding opportunities that seem risky or out of your comfort zone?

Is there a controlled chance you could take right now, but you’re afraid of the consequences of failing?

The ongoing discussion over at Google+ is a great place for us all to come clean. Share your story. Read others’. And let’s try to inspire each other to do as Mr. Vonnegut’s quote instructs.

Editor’s note: If you found this article useful, we highly recommend another of Greg’s contributions to Copyblogger: 7 Social Psychology Studies to Help You Convert Prospects into Paying Customers.

Previous article: How Often Should You Change an Advertising Message? (Way Less Than You Think)
Next article: 4 Instances When Demonstrating Your Authority Can Be a Disaster