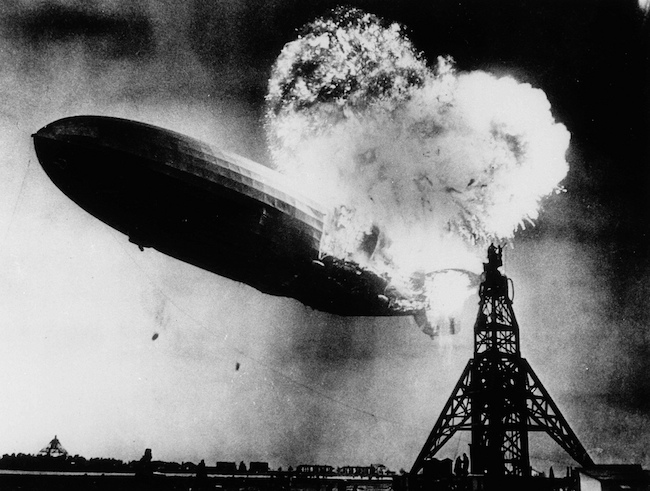 It might seem blasphemous to say so on Copyblogger. But authority isn’t always all it’s cracked up to be.

Yes, it’s an important term around here, and the dust has hardly settled from the first Authority Intensive event. And yet I’m suggesting that you be be less authoritative … at certain moments.

You’ve worked hard to build an authoritative online presence by serving the needs of your audience, and delivering stellar content to help them solve their most pressing problems.

So why in the world would you give that up?

Too much authority, at the wrong time, can be a disaster

In some circumstances, strongly demonstrating authority is not a good idea. Rather than helping you build trust, showing off your authority can actually erode trust (among other disastrous results, as you’ll see below).

Having the ability to switch gears — and knowing when that’s necessary — can help you skillfully maneuver challenging situations without coming across as tone deaf.

Doing so will help you build and maintain relationships and better understand people’s unique challenges, instead of alienating them and harming your own reputation in the process.

After all, who wants to become the type of authority that people rally against?

Let’s look at some scenarios that call for a different skill set.

Scenario #1: When the person approaching you is self-conscious about their skills

If someone is seeking guidance in your area of expertise, they may already be intimidated by the amount of knowledge you have.

And when they ask for you to simplify what to them is a complicated task, claiming authority can be a mistake. That’s because it’s already obvious that you are an expert, and driving the point home will only serve to make the recipient feel bad about their ineptitude.

In this scenario, the appropriate response is not to beat someone over the head with the reminder of how little they know (something of which they are well aware), but to provide a simple, accessible takeaway they can use.

Sometimes the best way to demonstrate expertise with a rank beginner is to come up with a simple solution to help him get started, rather than giving him so much he gets discouraged and quits.

Recently, my fiancé and I started taking dance lessons to prepare for our wedding. We quickly realized our fledgling skills were no match for the dance we were being taught.

When I called the instructor to ask for something simpler, he launched into a diatribe about his extensive experience as an instructor and use of nationally recognized DVIDA curriculum. This approach failed because we had never called his authority into question. In fact, failing at lessons with an expert coach made us feel even worse.

Luckily, one of his colleagues contacted us with a different approach — demonstrating her authority by providing a solution instead of overwhelming us and losing trust.

Another variation of this mistake is overusing jargon and industry terms for an audience of beginners. Instead of trying to impress them by using terms they don’t understand, work to explain complicated concepts in a clear way.

Not only will they respect you just as much, they’ll also walk away with a newfound understanding. That means they’re far more likely to seek you (or your products) out for years to come, instead of sticking to areas where they’re already experts of their own.

Focusing on your readers instead of yourself and your business is always a good idea.

Scenario #2: When you want to teach and empower others

It’s always flattering to be approached with questions by people seeking to understand your area of expertise. But sometimes, providing authoritative answers can create a cycle of dependency.

By sharing resources and giving people the opportunity to test key concepts out on their own and adapt them for their own use, you can teach a man to fish (so to speak).

In my past life as a middle school teacher, I’d often be quick to answer student questions. Soon I realized that having a quick answer at the ready took away their incentive to figure things out on their own.

By taking a step back and being less authoritative, I gave them the ability to generate their own conclusions. I was still able to step in with guidance when needed, but by empowering my students, my efforts were more focused and effective.

There’s also a possibility that you could be wrong about something. Allowing others to follow their intuition and test things out — sometimes making mistakes in the process — can help edify them, and you.

Scenario #3: When you’d like to learn from another expert

When you get to meet or speak with one of your heroes, it can be tempting to try to talk shop — even when you don’t have any business doing so. Inundating an expert with information you’ve gathered about them in preparation can come across as mere bluster.

Talking about sports reporting, Bruce Selcraig of Sports Illustrated said, “Experts appreciate that you’ve done your homework and can ask intelligent questions, but they don’t want to hear you talk. Don’t try to impress them. Let them impress you.” This advice extends far beyond sports journalism (or even interviews).

There are many scenarios where it’s best to listen quietly and intently and glean insight from others instead of trying to prove yourself.

Talking incessantly can limit your ability to learn.

Scenario #4: In the midst of a debate

When someone is calling your authority into question, it’s often tempting to pull out all the stops to prove the accuracy of your statements or the research behind an assertion. Indeed, it’s sometimes well worth it to provide statistics to back up your points.

But it’s important to carefully pick your battles. Overdoing it can come across as hot-headed and arrogant.

Often it’s best to find out areas of agreement, or to gracefully bow out of a debate that’s going nowhere. Sometimes it’s best not to engage at all … and to save explanations for people who will learn the most from what you have to say, rather than those who don’t want to listen.

A good leader knows how to gracefully draw attention away from their own authority instead of beating people over the head with it.

This isn’t to devalue the importance of building and developing authority. It’s just about being mindful about when you display it — and what the reaction might be.

Have you ever pulled authority and regretted the consequence?

Or sought out guidance and understanding and had someone respond by asserting their expertise?

We’d love to hear about it on Google+ or Twitter.

Where better to discuss authority than in Authority?

In addition to 150+ hours of online marketing education materials, as well as weekly webinars and exclusive discounts, Authority members have full access to an interactive forum filled with like-minded folks. (And some of these folks have major content marketing skins on the wall.)

Join the Authority community of marketers, and it’s all yours in an instant.

Yael Grauer is a freelance writer and editor who specializes in making complex topics accessible. Find her at YaelWrites.com. Get more from Yael on Google-Plus.

Previous article: Is Metagaming Silently Killing Your Marketing?
Next article: SlideShare Best Practices: How to Turn Written Content Into a Winning Deck