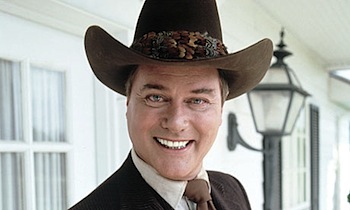 Just because you got people to read your headline doesn’t mean your job is done.

Nor is your job done if they read the first sentence. Or the second.

This article is a case in point.

I’ve got an idea.

How about you and I undress one of the most powerful seducers of the written word … strip it down to essentials so you can use it to stop readers cold in their tracks, stir something in their souls, and keep them sailing through everything you write … whether it’s one hundred or one thousand words.

The sad state of online writing

Social media has had a dramatic impact on blog post headlines.

Scroll through content sites like Mashable, Inc, Buzzfeed, or Bleacher Report, and you’ll realize the ultimate goal is to shock, surprise, titillate, or aggravate readers.

Everybody wants to write a headline that goes viral … and it’s those headlines that get the lion’s share of social shares.

But it’s often a letdown when you get to the post. It’s as if the writer thinks that just because she knocked out a killer headline and jotted down a list of 101 tricks she now can hit “Publish.”

This tendency has leaked into specific industries like SEO, content marketing, and conversion metrics … where the headline is a viral beauty, but the content is a hot mess of unorganized thoughts, shallow bullet points, and flat-out mediocre writing (even if it is epic in length).

It’s a shame because I’ve found great information buried in some of these posts … only because I had a vested interest in digging deep.

In other words, it was a willful act.

But you don’t want people to read willfully. You want them to be carried away.

If you want to write something that’s not only shared, but also read, then you need to make your content an act of desire.

It has to be clear, concise, and compelling.

And one of the ways to create compelling content is to use the Internal Cliffhanger.

A cliffhanger is a scene in a book, movie, newspaper story, or TV show that holds something back from the reader or viewer.

The promise is that if you keep reading or watching, you’ll eventually be rewarded with what you want to know.

It’s the art of keeping your audience coming back for more.

More than likely you’re familiar with the cliffhanger on the macro level, which is designed to keep a person emotionally connected to the content until the next post or episode is shipped. They are external to the content, like the buckle between two train cars.

But there is another way to think about cliffhangers — on the micro level — better known as the internal cliffhanger.

Internal cliffhangers stitch your story, article, or podcast together using emotions. These are statements and devices inside a piece of content that entice a reader to keep going.

Think of them as mini-moments of seduction … the scraps of food you dribble out to lure the bunny rabbit into your house.

In my story of Ingrid, her comments, winks, gestures, and emails to her husband were internal cliffhangers … smaller acts in a larger theater of seduction.

What Internal Cliffhangers are made of

Suspense is the main currency of cliffhangers.

This is why mystery novels like Dan Brown’s The Da Vinci Code are irresistible. Or why we suffer through tedious commercial breaks to find out who’s behind the door.

But you don’t have to use pure suspense to create a great internal cliffhanger. They are other approaches:

Pepper these internal cliffhangers through everything you write, and people will not only find it hard to stop reading, but will also beg for more.

Use Internal Cliffhangers with complex ideas

You can also use internal cliffhangers to answer a larger question through a series of smaller questions.

A great example of this was in the book Why Does the World Exist? by Jim Holt.

He strings the reader through this non-fiction book with a series of statements throughout a chapter like these :

And Holt keeps it up throughout the book. It’s one of the reasons such a complex book about complex ideas is very readable.

You want to work through it.

You probably didn’t realize these were Internal Cliffhangers

You can also use dialogue to as an internal cliffhanger.

Why? People like to read dialogue. We gravitate to the words on the page that are surrounded by quotation marks because we know that two humans are going to interact … and we’re drawn to it.

Finally, you can use the ellipsis ( … ) as an internal cliffhanger. Ellipses gesture the reader to keep reading because the answer to their desire is about to be satisfied … which is hopefully what you’re after reading all 1,615 words in this article.

But before you leave, do me a favor … and identify all of the internal cliffhangers I used in this post.

Up to the challenge? Let me know in the comments …

Want to learn more about this topic?

Then listen to this short podcast episode called How to Use Internal Cliffhangers with Jerod Morris and Demian Farnworth. And don’t forget to subscribe to The Lede once you’re done!

Previous article: Why Quitting May be the Most Profitable Thing You Do This Year
Next article: What’s the Best Way to Backup Your WordPress Website?