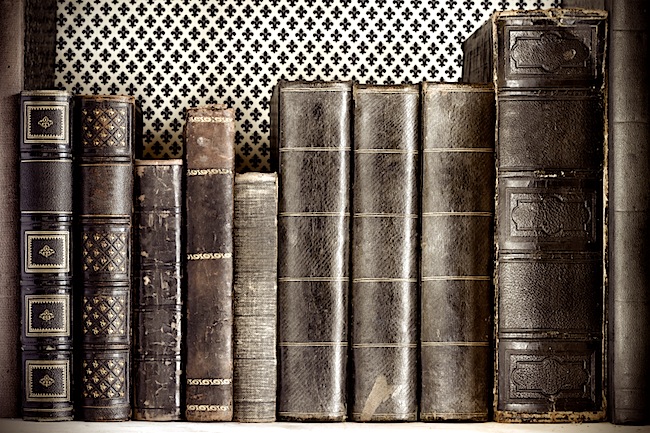 More and more established writers are choosing the independent path. In fact, the number of independently published titles tripled between 2006 and 2011.

There are many reasons for this change, including retaining artistic direction, a higher percentage of profits, and the increasing lack of editorial and marketing support offered by traditional publishing houses.

But that’s just the tip of the iceberg …

Yes, modern publishers rarely help their smaller authors do much with marketing. But the good publishers offer more than you think when it comes to editing and production. Producing an editorially sound product takes much more than creativity.

I just self-published my first science fiction novel, Exodus. It’s my fourth book overall, and my first independently produced one.

While some still claim a stigma exists for non-traditional publishing, I disagree. But would-be authors should understand the commitment of independent publishing.

Just like a painter can sell her/his own work, so can a writer. Yet many talented painters are not good at presenting their work or selling it. The same could be said for authors.

Committing to independent publishing means an author needs to go beyond writing to produce a strong book, and then sell it.

James Altucher talked about the need to invest in editing in his comprehensive Copyblogger post on self-publishing. Based on my experiences, he made incredibly valid points on production.

Self publishing a sub-par book that lacks writing quality demonstrates an amateur writer who may not care about their product or writing career. Guy Kawasaki and Shawn Welch hammer this point home over and over again in APE: Author, Publisher, Entrepreneur.

This is why I call myself an independent publisher, and not a self-publisher. Choosing to independently publish creates a mental decision path to move from hobbyist to a professional publisher.

My first two traditionally published books were riddled with typos, a direct result of the publisher’s lack of editorial resources. As the books entered the marketplace, critics decried the poor editorial quality of the books.

The stigma from these two experiences annoys me to this day. Because of that, I decided not to half-ass my own novel. I undertook a significant editorial production process to make sure Exodus was a high quality book with few errors.

I became willing to invest in the arduous editing and production necessary to succeed.

Hundreds of hours were spent producing a book with strong editorial quality. Here are the steps I took …

Generally speaking, writers cannot edit themselves. They invariably become blind to their own stylistic errors.

While I know some are better at self-editing than others, I struggle with my own work.

This copy blindness convinced me that I was the biggest danger in producing a successful independent novel.

Consider that many writers refuse to accept criticism on vision, style and the minutiae of edits throughout a long text. If I treated my own work like a creative diva, then I would have surely submarined it.

Knowing that I am my own worst enemy, I hired several other key parties to work on Exodus. Three different editors worked on the book, two for development and one to proof the manuscript.

The value of professional help

When the editors weighed in, I accepted almost all of their feedback. It was a decision to fire myself as the editor-in-chief. Instead I trusted the professionals brought on board to strengthen the text.

Paying other people to critique the book was a necessary step, in my opinion. Friends who edit bring their own liabilities, from simply not editing the book to a lack of objectivity.

My hired editors had work to do, and didn’t sugarcoat their feedback.

In one case, I had written much of the book in AP Style, but stylistic conflict existed. The final proofer adamantly insisted on using the Chicago Stylebook. So I agreed, and accepted wholesale style changes.

You may wonder about hiring two developmental editors. I did so to uncover all of the book’s weaker points. While 75% of their edits overlapped, 25% did not. The book was better for the extra mile.

All of the editors finished their work on agreed upon timetables. This helped me meet my target publishing date of August 26th, just in time for the 71st Annual World Science Fiction Convention.

Frankly, without their help Exodus would not be a strong text.

Do not go cheap on production

One of the surest signs of a self published book is poor workmanship from a visual standpoint. James made this point in his post on self publishing, and so did Kawasaki and Welch in APE.

The cover design is a critical component of the book.

Not only does the cover lend a visual identity to the text, it also serves as the icon for the book online. If an independent author is fortunate enough to become a bestseller, the book will also sit on bookshelves, again making the cover a critical advertising property on the shelves.

I avoided cookie cutter services for my book cover, and I definitely didn’t design the cover myself. My Photoshop skills are worse than my editing prowess, if at all possible.

Instead, I hired a designer to produce the cover and associated advertising.

The result is a pretty cool design that stands out. In addition, a second designer was used to lay out the advance copy PDF, again to provide a strong visual presentation.

For the electronic and print editions, each online reading format has its own requirements. Do what you can to meet and exceed these requirements so the book looks good and reads well.

Larger book publishers will usually produce a video trailer for a book. This is part of packaging the book for the modern era. Don’t skimp on this step.

Usually videographers will cut a deal for writers (and artists). Shop around until you find the right deal.

I have definitely benefitted from Exodus’s trailer already, and expect it will continue to be a strong piece for the book.

Marketing your book and beyond …

There is so much to say about marketing a book, and that has been done here and other places already.

Just know that whether you are an independent book publisher or a first time author with one of the traditional publishing houses, you will have to market your own book.

If you publish it, readers will not necessarily not come.

But before you get to even that stage, you need a strong product. Great marketing can’t save a bad product.

To me, that is the value of taking a committed approach to independent publishing.

Whatever you decide to do with your books, don’t short yourself if you choose the independent path. Your work and reputation depend on it.

Where do you fit in this world of independent publishing? Let me know in the comments.

Geoff Livingston is an author, public speaker and strategist who helps companies and nonprofits develop outstanding marketing programs. He brings people together, virtually and physically for business and change.