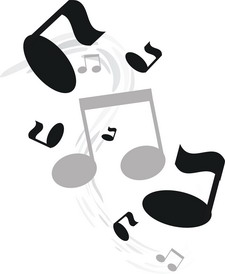 Can jazz musicians really teach you a thing or two about effective blogging?

The skills that make a jazz artist legendary are also a big part of what bloggers need to succeed. On the other hand, some bloggers are hurting themselves by emulating what many jazz musicians inadvertently do to lose the audience.

The main way that jazz and blogging go hand in hand is all about the art of improvisation. While I’m sure we all have a good idea what improvisation means, I’ll define it anyway: it’s the practice of acting and creating in the moment and in response to the stimulus of one’s immediate environment.

Things only break down when someone forgets who the real audience is.

Playing for the Audience

A jazz musician will alter melodies, harmonies or time signature at will depending upon the performer’s unique perspective, interactions with fellow musicians, and the response of the audience. When it works, the result is a magical performance and a delighted crowd.

Likewise, a good blogger sings a song that people want to hear (a valid niche) and adds a unique perspective to the tune. But then she watches, listens and learns from her audience via comments. She watches who links to her and to what. She observes the overall trends in her niche and what other people are saying, and she improvises on the fly with the direction of her posts, all to tell a better story for the better benefit of her readers.

Playing for the Band

Jazz is characterized by democratic creativity, interaction and collaboration, and this places the importance on the performer, rather than the composer of the music. A natural consequence of this mindset is that jazz artists often play not for the audience, but for each other (even when the crowd is still sitting there). What happens is this scenario is the complexity of certain awe-inspiring technical moves (to those in the know) is lost on the audience. When the audience is lost, so is the magic.

This is a common affliction in the world of blogging, too. Many tech bloggers seem content to only speak to one another, and have walled themselves off even further within the TechMeme echo chamber. And if that’s what they want to do, that’s fine. But you see the same thing happening with bloggers who are actually trying to attract new customers and clients with their blogs. I’ve heard from several real estate bloggers who say they’re not having any luck, and that’s because they’re blogging for other real estate bloggers, not for prospective clients.

I say, play your own way. Don’t play what the public want — you play what you want and let the public pick up on what you doing — even if it does take them fifteen, twenty years. ~Thelonious Monk

When someone like the great Monk says that, it’s hard to argue. And we wouldn’t have wanted to tell Van Gogh to change course and do something “more marketable,” now would we?

But for every Monk and Van Gogh, there have been millions who carried on hopelessly, because no one ever wanted to hear what they were saying. How do we tell the difference between innovation and cluelessness? I wish I had the ability to know how to answer that one.

In anything you do, you should absolutely be playing for you. But it also helps if someone is listening, because they give you something to work with and make you better. To extend the jazz analogy, even an innovative artist who is ahead of his time needs to get some people into the club first. Play them a song they want to hear, get them on your side, and then take them happily to a place they had no idea they wanted to go.

I did a Google search for “jazz quotes” to see if I could find some good stuff, and who should show up at number one? None other than Matt Mullenwag, founder of WordPress.

How’s that for blogging synchronicity?

I’ve found you’ve got to look back at the old things and see them in a new light. ~John Coltrane

I’m sure critics have their purpose, and they’re supposed to do what they do, but sometimes they get a little carried away with what they think someone should have done, rather than concerning themselves with what he did. ~Duke Ellington

It’s taken me all my life to learn what not to play. ~Dizzy Gillespie

Just don’t give up trying to do what you really want to do. Where there is love and inspiration, I don’t think you can go wrong. ~Ella Fitzgerald

Previous article: Are You Writing With Clarity?
Next article: Five Easy Steps to Editing Your Own Work