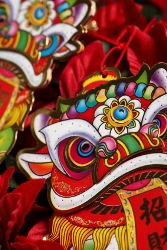 Ever found your eyes glazing over when you read through your own copy or blog posts?

I hate to break it to you, but a lot of the products, services, or niches that we write about just aren’t that thrilling. Although the finer points of search engine optimization might keep you glued to your screen, most of your clients or blog readers aren’t feeling the excitement.

So what can you do?

You bring in a register which deals with excitement: the heroic. We’ve all read advertisements encouraging us to “win the battle” with our email, or our paperwork, or our tendency to procrastinate. They grab our interest by making a frankly unexciting activity sound like a heroic quest.

The use of heroic language in decidedly non-heroic contexts isn’t anything new. Poets have been doing it for centuries, though generally in a satirical context (if you’re interested, Alexander Pope is a great example of the mock-heroic with The Rape of the Lock and The Dunciad).

You can definitely still use heroic language for comic effect. (It’s possible to do this unintentionally, too, by going over the top in your copy.) But the heroic is a powerful way to tap into our need for drama, for excitement, for a story, a quest . . . and a hero your reader can identify with.

So how do you do it?

Certain words can turn dry topics – like writing, personal finance, small business and marketing – into something that makes you feel a frisson of excitement. You can almost hear the rallying notes of a battle horn, and see the sun glinting from swords. A few favorite heroic words are:

(Writers seem especially fond of this one: I think we just like to make our struggles sound more exciting than they really are…)

Heroic language can become a running metaphor when you theme the entire post around it – see Taylor’s The Dragons of Writing and How to Fight Them series on Men With Pens. Like using pop culture references, this gives you a hook to hang your post (or series) on, and potentially a structure.

Heroic language can also be used as hyperbole, to set a powerful tone. Some writers can pull this off well, but for others, it’s too aggressive. Dave Navarro uses it to great effect in How To Kick That Habit’s Ass (When It’s Been Beating Yours) on Rock Your Day – just look at these excerpts:

“You get knocked down, punched out, kicked to the curb, beaten to a pulp … hell, pardon my French, but you get your frigging ass kicked emotionally and psychologically, big time.”

“It All Starts With Declaring One Word: War.”

But for some bloggers, that’s too much, and would be jarring for readers. (Can you imagine gentle, pink-haired Sonia Simone writing like that?) If in doubt, go sparingly. Try using heroic language for a punchy introduction and conclusion to your post, and ease up in the middle.

Take Up Your Sword Pen

Heroic language combines exaggeration with metaphor – both powerful tools for grabbing attention. If you have sales copy which seems a little bland, why not add a touch of the heroic?

If you’ve got a blog on a topic that’s not inherently gripping (productivity, personal finance, writing, small business marketing, habit-breaking), introduce some of the heroic words. Make it a quest, not a project. Look for treasure, not results.

Let your readers, prospects, and customers be the heroes while you help them solve their problems.

About the Author: Conqueror of the keyboard, battler with the blank screen, Ali is a hired wordsmith for several blogs, as well as writing for her own Aliventures.

Ali Luke blogs about the art, craft and business of writing at Aliventures, where you can get her free guide to making time to write – however busy you are – plus other handy mini-ebooks. Check them out here.

Previous article: Your Dream is Under Attack
Next article: Are You Getting Dangerous Feedback from Your Readers and Prospects?