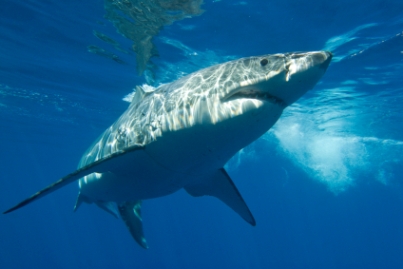 Social media has a long history of being uncomfortable with making a profit. People believe there is some noble benefit to be gained from “taking the high road” and giving everything away for free.

If you’ve read Copyblogger for any length of time, you’ll notice that they talk a lot about content marketing. In essence, how to build an audience and gain trust and authority by giving content away.

It should be obvious that the goal of that process is to actually make a sale and pay your bills. But for some reason, that’s the part that people struggle with.

There is a certain percentage of the population that views any business pursuit (outside of the 9-5 workday, mind you), as a case of profiteering and being greedy.

In the conversation I mentioned above, some people have declared that they’ll stop following the “guilty” party. Some have said that they are completely turned off by all affiliate marketers. And others have stated that all the profits from this venture should be donated to charity.

Of course there’s more to life than making money. But I’m also not opposed to making a profit. If I have something of value to contribute, why should my family live in a van down by the river?

Money is useful for a lot of things, including charitable work and finding the cure for cancer. Like it or not, it makes the world go around. And there’s nothing particularly noble about relying on someone else’s money to lift us up.

What is it that makes one place acceptable for commerce, and another “sacred”?

And why does being generous with free content lead so many people to get angry when we try to monetize?

I’ll give you two examples.

Chris Brogan has given away a ton of fantastic free content for 11 years. In fact, his primary audience isn’t even a consumer of what he’s selling.

But that doesn’t matter . . . he still gives, freely and generously, every single day.

When he asked his readers to reciprocate and support his book, Trust Agents, (for a whopping 15 bucks), what happened?

His audience put his book on the bestseller lists, yes. But there was also a considerable backlash. Apparently, a vocal minority thought he was supposed to give for free forever, and never ask for anything in return.

Gary Vaynerchuk gave free content to his Wine Library TV viewers for years before he asked anyone to buy anything. Sure, he offered wines for sale, but he never pushed them. He consistently cared much more about his audience than he did about making a sale. In fact, I’ve never met someone more passionate about community than Gary V. You can hear it in the way he talks . . . it’s in his blood.

But when he launched his book, Crush It, people all over Twitter begged him to shut up about it. They wanted him to tone it down and relax. (Like Gary V. is ever going to do either of those things.)

For some reason, it’s OK to make money at a day job. Don’t ask any questions, just sit in your cube and do what you’re told.

But when a passionate entrepreneur uses social media to create relationships and ask for money, that’s over the line. I guess the line of thinking is: I can’t make any money on my blog, so why should he?

I realize I’m preaching to the choir here, but there’s a reason for that. It’s simple really:

We need to stand up for our livelihoods

Our dream is under attack. The way of life that many of us are working toward is under siege by people who don’t have the courage, desire, or dedication to make it happen.

How can we let someone come into our house and talk smack? How can we not stand up for what’s right?

Making money, whether with affiliate links, sponsored content, or creating products, is not evil. It’s simply a byproduct of our desire for self-actualization. The world is better because of entrepreneurs, not worse, and it’s time we made that known.

So, are you with me?

Previous article: How My Blog Landed Me a Book Deal
Next article: Dragon Slaying 101: How to Use Heroic Language to Battle Boring Copy