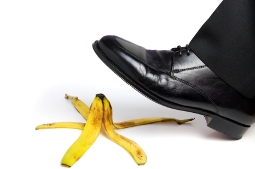 If you’re like the majority of writers out there, you’re a self-doubting bundle of neuroses, determined to believe that your writing will never be good enough.

That’s the life of the tortured, misunderstood writer, right?

What’s that? You think you’re pretty good at writing and actually like some of your own work?

Don’t worry, it’s just a blip. With these 5 tips you’ll soon be joining the rest of the writing community in feeling crappy about your ability and so-called “talent.”

1. Make sure that it’s never finished

You don’t really think that piece of writing is done, do you? Come on, there’s always room to finesse something and you know full well that in a couple of days you’ll think of something new to add.

It might take a year to get it finished, but hey, it’s always good to get it absolutely perfect before showing it to the world. Best to keep it on the “unfinished” pile for now.

2. Ignore any past success

If you’ve been lucky enough to get something published, online or offline, it’s probably just a case of being in the right place at the right time. Don’t fall into the trap of thinking you wrote something good, that you tapped into a rich, provocative subject, or that your words struck a chord.

Sometimes writers get lucky. The chance of it happening again is about the same as seeing Ernest Borgnine win “So You Think You Can Dance.” Nope, it’s back to square one for you.

3. Recognize that the idea you had isn’t good enough

You know that idea that came to you, the one you’re pretty excited about? You might have already started writing, fuelled by a burst of enthusiasm and a spurt of passion for what you’re saying.

Hang on though — just because you think it’s a good idea doesn’t make it a good idea. Who are you to say what other people will be interested in or what’s relevant to them?

One way to improve your “great” idea is to make sure you have every angle covered and to apply a generous wash of generalism over it to make sure it has as wide an appeal as possible.

Even better, just leave it on your “Possible Ideas” list.

4. Never trust your own voice

All of your writing comes from your own head and your own experience.

And let’s face facts, that means that anything you write is probably as far off-target as penguin pie at a Greenpeace picnic.

It’s good practice to doubt what you say and how you say it. That’s what all the really good writers do.

Constant self-doubt makes sure that you’re always on edge and, most important, that you never make any mistakes or write something strange or different.

Writing’s hard. You probably already knew that. Sometimes it’s incredibly frustrating, painful and awkward to get those darn words out onto the page, and while some people say that’s part of the process and it passes, feel free to take it as a sign to give up.

Not everything you write will work and you can’t be expected to keep sweating when it gets tough.

Always remember that you started writing for the joy of it, not because it’s hard. You’re a writer, not a wrestler, so the sooner you stop grappling with that sweaty, slippery and stubborn piece of writing the sooner you can go and write something easier.

What’s that you say?

Of course, I suppose it’s possible that you don’t want to feel crappy about your writing. If that’s the case, I guess you could try doing the reverse of these five pieces of advice.

Then again, that would probably never work. Forget I mentioned it.

Previous article: How Smart Freelance Writers Handle Their #1 Hassle
Next article: The Ultimate Formula for Success