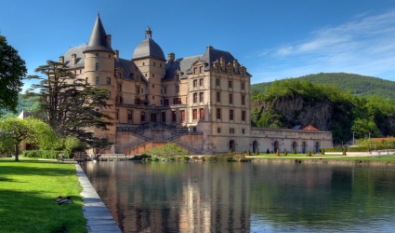 My last post here, How to do 500 Times Better than AdSense, got a lot of buzz and a lot of Tweets and generated my first real dose of reader hate.

That’s cool; if you’re not stirring the pot a little bit, chances are you’re not making an impact.

Despite some blowback, I enjoyed reading all of the ensuing discussion in the comments. Good pros and cons were made, several exceptions and clarifications and caveats were given. But what fascinated me in particular — and what inspired this post — was that the responses all fell neatly into three basic categories:

And that’s when it hit me.

I had never intended to spell out a literal step-by-step formula to take your AdSense earnings and multiply them by 500. I had thought that fact would be obvious, that everyone would get that the title reflected my results, and that they would all understand the basic premise of my post: For many (maybe most) beginners, the surest way to begin building a good income online is to focus on networking and business principles, not push-button systems and arbitrage.

I didn’t think anyone would take me literally, but some did. And they did because they were looking for a formula.

I don’t have a formula

My advice boils down to “stop looking for schemes and build a business,” but I can’t encapsulate what it takes to build a guaranteed-successful online business in one post. If I could do that, I’d be driving a solid gold rocket car to my diamond-studded mansion, where supermodels would line the halls like a hairspray-and-silicone gauntlet.

Folks, there is no magic formula that will work every time. And unless this line gets edited out, the folks that run Copyblogger agree with me.

I’ll be blunt: If you believe you can buy some “guru’s” product — or a Copyblogger product, or my consulting, or any one thing — and be assured of success, you’re in for a rude awakening. The internet is filled with promises of, “Do what I do and say (and pay my price) and you’re guaranteed riches.”

There is one — and only one — true formula for success that actually works. Get your pen ready, because here it comes:

The one and only one true formula for success

I’ve said here and elsewhere that within nine months of starting this business, I was racking up five-figure months. So when clients come to me, they want to know how to do the same.

They see “nine months to five figures monthly” and stop analyzing there. But the truth is, there’s plenty more to the equation.

What may not be obvious is that I stayed on step one above for a long time. True, this business only took a few months to build up steam, but what you didn’t see was the traditional HTML website development company that preceded it, and then died when my two big clients went out of business.

You didn’t see my years writing magazine articles about human resources, which was soul-draining and which fizzled when the magazine’s advertising revenue dried up.

You didn’t see my year in a genetics lab, working toward a PhD, which I gave up when the work started giving me panic attacks.

You didn’t see my abysmal attempt to build wealth through real estate, which is the reason that although I am making a good income now, I didn’t get to keep any of it until very recently.

And if the Johnny B. Truant online business hadn’t taken off, it would be one more “You didn’t see this” item in the list I’d be reading to the audience of whatever business did succeed down the road.

Look: I can’t tell you, literally and without fail, as a series of numbered steps, how exactly to do 500 times better than AdSense. I can’t tell you how to do anything in a way that guarantees your success.

I make one thing clear to everyone who hires me: My job is to help you optimize the hell out of your current “try.”

The thing you’re currently trying may fail. And if it does, I will help you to get back up, dust yourself off, and try again.

About the Author: Johnny B. Truant drives a golden rocket car and sleeps on a fluffy pile of supermodels in his diamond mansion, which is located within a supervillain lair in the crater of a Pacific island volcano. He’s a specialist in Third Tribe personality branding who can help you optimize the hell out of your current “try” at making your own millions. You can also follow him on Twitter to watch him tweet about zombies.

Previous article: 5 Guaranteed Ways to Hate Your Own Writing
Next article: What Belly Dancing Taught Me about Personal Branding