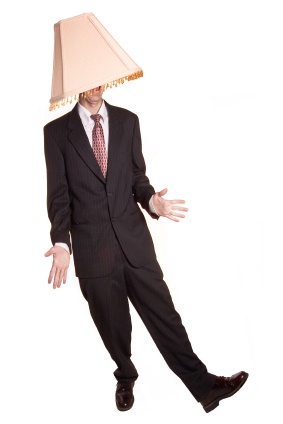 One of the most interesting lessons I learned about blogging happened in the basement of a Swiss pub on Christmas Eve.

Back in 1999, my brother and I went to visit our sister in Switzerland. Somehow, we all ended up in this basement room at a pub in Interlaken with some locals. For some reason, the lights started going on and off, and I caught this look on my sister’s face. There had been some groping during one of the dark intervals.

I went up to the offender and said, “Hey. You’re going to need to keep your hands to yourself.”

And he, quite drunk, puffed up and stared into my eyes. He said, “What are you going to do about it, friend? You’re a long way from home.”

Okay, situation check. We’re foreigners in an unfamiliar land. This guy was local. He clearly resented an American telling him what to do on his turf, and was ready to fight to prove it.

I could have pushed on. But instead, I decided to agree with him.

“Look,” I said. “You’re right. I’m a guest here. I get that. I wouldn’t want some foreigner coming into my home and telling me what to do. But that’s my sister. I have to take care of her.”

At that point, a strange thing happened. He softened, then got all drunk-guy on me. He said that he had a sister too, and that he really respected me for watching out for her.

All because I didn’t react to his threat. All because I looked at the situation from his perspective, and made an effort to understand him.

Ten years later, I’m still using what I learned from that drunk groper. Call it Johnny’s formula for avoiding a Swiss e-beating.

Four Ways to Calm Your Critics

The internet is usually very kind to me, but every once in a while I’ll really push someone’s buttons and evoke a harsh reaction. I’m not talking here about constructive criticism. I’m talking about people who are offended, mad, or otherwise affronted and aren’t afraid to rail at you about it.

When this happens, you have a few possible choices. You can react and fire back. You can ignore them and stew privately. Or you can try to get inside their drunk Swiss perspective and talk to them like people. If you do, you might be surprised at how few have the energy to remain mad.

Try these tips on for size:

This one goes first, because you may think I’m talking about manipulative mind games. I am not.

When someone says something . . . colorful to me, I try to get past my initial reaction and honestly look at it from inside their shoes. This isn’t a trick. It’s exercising your empathy.

Following my post Fast Fruit at The Ohio State University, where I chose my words poorly when describing a tamper-proof dorm room, I got this comment:

I appreciate the humor, but not the slam on “the severely retarded.” I have a disabled child (blind, high-functioning autism) and I know many parents with cognitively disabled kids, those who were once called “retarded.” I understand you were aiming at the sterility of the dorm design, but couldn’t a brilliant writer like you do that without putting down a whole group of people? Oh, yes, I forgot to mention: I, too, am disabled. I’m hearing impaired.

Okay, big oops. I was trying to be descriptive, not offensive. I didn’t think that this woman’s response fit what I was saying, but responding defensively would be wrong. This woman had a psychological wound, and what I wrote had aggravated it.

A lot of people would say, “Get over it, that’s how I write.” I’m going to try not to do that. Because while I don’t believe in euphemising life to avoid every sensitivity, I do understand that certain hot buttons will strike a chord with some people. I can’t avoid all of those land mines without grossly censoring myself, but I can empathize and say that I’m sorry for my part in arousing those feelings for you.

You are not responsible for every reaction that a reader draws from your words, but neither should you dismiss them. These are real people. Keep that in mind.

I can’t share my example on this one because it came via private email. But in a nutshell, a person angrily emailed me saying that my services were “ripping people off.” This did not sit well with me, as I go out of my way to be honest and upfront.

I wanted to rail at him, but instead, I explained that some of his assumptions were incorrect, and that I based my prices on time spent. I also told him about some included services he hadn’t considered. I kept my tone light and above-board.

His second email was very different. He apologized for the tone of the first, thanked me for responding, and signed off with “All the best.”

Remember, you are the professional. You are the one putting yourself out there. Other readers watch to see how you respond to detractors. If you flip out, you will look like the jerk.

3. At the very least, respond and explain.

In my Copyblogger post Confessions of a Comment Addict, I described how to get more comments by admitting to your faults. One commenter believed I was being manipulative and wrote the following:

Although I agree with the ability of vulnerability to draw people towards you and your life, the immediate attempt to monetize or formalize the human act of weakness is offensive.

Now, what he implied was not my intention. I was not suggesting a bait and switch in order to sell something, and the implication that I was might have really rubbed me the wrong way.

I could have ignored this comment, but I chose to address it. I wrote:

I think you misunderstand my intentions. I have nothing for sale (well, okay, a $15 book) on the site I’ve linked to with those “open” posts. This post is about getting more comments and activity, not increasing sales.

Following this, his next comment sounded a lot different:

Thx 4 responding rather than reacting Johnny. That encourages me and tells me somethng abut your intentions. Time spent to respond often equates to respect for one’s community.

I call that a connection, maybe even a conversion. In cases like this, criticism can be a gift. If he hadn’t spoken up, I never would have had a chance to clear the air.

Sometimes you can explain or even fight back a bit and a heckler will simply fire venom right back at you. In those cases, you should be the bigger person and walk away.

I’d love to quote an example of someone who remained angry at me, but that would be feeding the troll.

Instead, I’ll leave you with an analogy: Responding to harsh criticism is like having only one bullet to hit a difficult target. You have to breathe deeply, aim carefully, and take your shot.

If you miss, go home. Don’t engage in back-and-forth name-calling on the internet.

There’s a saying about how nobody wins when you fight on the internet, but I won’t start a flame war by citing it here. After all, a handful of you just might be both Swiss and drunk.

About the author: Johnny B. Truant writes for his newly consolidated humor/business/motivation/turkeys blog at JohnnyBTruant.com. You can connect with him on Twitter, even if you’re a drunk Swiss guy.

Previous article: How to Stand Out in a Crowded Niche
Next article: Holding Back Online? 5 Ways to Share Your Story with Confidence