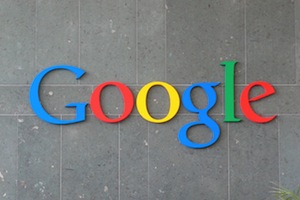 Have you ever wondered who writes copy for Google … who puts together the words on the landing pages or in the video scripts for products like Gmail, Google+, Analytics, or Nexus?

Of course you don’t (unless you’re a copywriter). Because it doesn’t matter. You just want the product.

But why is that? Why does it seem that Google’s copy is so good, that their products are so hard to resist?

Let’s look at a few products to explore what I mean.

Google knows their products can satisfy their audience

Think about Search. Most of the world uses Google to search the Internet. And, for the most part, people don’t bat an eye at the results. Google delivers useful results fast … which is what people want.

Think about Gmail. Fast, and near-limitless amounts of storage, which means you can archive instead of delete, and the search function makes it super simple to find old emails.

Think about Wallet. There is zero advantage to allowing Google to hold your credit and debit cards except for convenience and coolness …

And think about Google+. Big G eyed all of the mistakes Facebook and Twitter have made through the years, and created a superior product that attracts a very different audience — who so far seem very satisfied.

Google’s taking it up a notch with their line of Nexus products. Take the 10 for instance …

But wouldn’t it be ridiculously cool?

What Nexus promises is a gateway to a never-ending world of movies, TV shows, books, songs, facts, games, maps, and magazines.

The copywriter’s most important task

The beautiful thing about an ultra desirable product is that all the copywriter needs to do is show up. Describe the product clearly, spell out the call to action, and get out of the way.

When you know your audience — and create products they desperately want — the selling part gets a whole lot easier.

Which leaves us with the moral of this post: when you spend ninety percent of your time researching the customer, the remaining ten percent (the writing) almost falls in your lap.

Previous article: The Hipster’s Dilemma
Next article: How to Effectively Promote Your Content