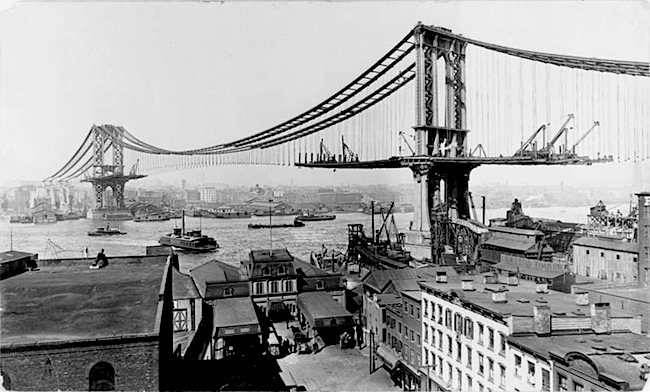 New York City should have been destroyed 33 years ago.

A bunch of really smart people got together in 1880 to predict the future, according to Jeff Stibel in his intriguing book Breakpoint. These experts were called on to predict how the rapidly growing Gotham would manage into the next century and beyond.

The prognosis was not positive.

NYC was a major source of American innovation in 1880. Skyscrapers, subways, stock exchanges — and it was doubling in size every 10 years. The experts were concerned by this growth, because they projected by 1980, you’d need six million horses to transport all the people who would live there.

Six million horses. That’s a lot of literal crap, and that’s why New York City was doomed. The horse exhaust was more of a concern than greenhouse gasses at the time.

Things obviously turned out differently. But in all fairness, how could those smart people have known how — and to what extent — technological change would occur?

The most frequent question I’ve gotten lately is “What’s the future of content marketing?” I generally refuse to answer for reasons that should be clear from the story above.

On the other hand, the true answer is even less satisfying to those with shiny object syndrome. Fundamentally, nothing will change.

The technology will change, but the primary tenets of content marketing will not. Technology doesn’t change human nature, although it may amplify it.

Consumption methods will certainly change. What will wearable computing mean for content? No one knows for sure, and anyone who says they know is not someone you should trust at this point.

So, in the near term, we know that mobile responsive design has quickly gone from cutting edge to must have. We know that HTML5 will allow us to make web pages do things they’ve never been able to do before.

We know that brands and individuals who embrace quality media production win at the new game of business. But if you don’t have the fundamentals down?

Don’t even think about what’s next. Do the now better than anyone else in your industry.

That’s the beginning of your particular future.

Previous article: Can You Pass This Content Marketing Test?
Next article: 5 Ideas About the Future of Work from WordPress.com