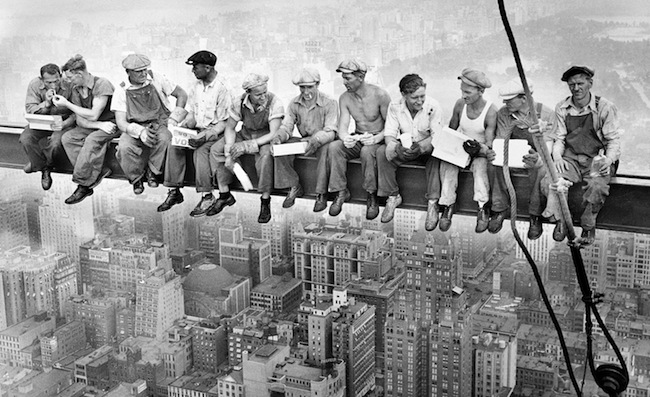 I spent a year working at WordPress.com in order to learn their secrets.

Surprisingly, they were happy about this: they granted permission, before I was hired, to write a book about my experience. That book, called The Year Without Pants, launches today.

It follows my amazing year as one of the first managers in the history of Automattic, the company that runs WordPress.com.

It’s a fascinating story for any blogger, and Copyblogger was kind enough to let me share some of the lessons I learned.

Here are five of them …

A recent Gallup Poll of American workers found that 70% of workers aren’t engaged at work. This is a disaster.

It means 3 of 4 of you reading this (at least in the U.S.) have jobs you do not care for. And the reasons you don’t care are reasonable: most employees are treated like children. Bureaucracies, rulebooks, protocols and processes all presume that the rule maker has the hard job, but we know that’s rarely true.

At WordPress.com team managers see their jobs as facilitators, not dictators. People are hired for their talents and the job of management is to stay out of talent’s way and guide it when needed.

2. Your location matters less than your output

All 170 employees at Automattic work from anywhere in the world they wish. They’re in more than 40 countries and nearly every time zone. Some people join the company and then travel the world while working.

This fact typically blows people’s minds, but it shouldn’t.

The typical office worker spends much of their time interacting with coworkers via email, the web and the phone. It’s mostly mediated through screens and machines. If that’s the case, why does location matter?

We complain about how painfully stupid most in-person meetings are, yet we oddly resist their elimination. Provided the results are great, why should anyone care where someone works from? They shouldn’t.

3. You can escape from email hell

In the 18 months I worked on WordPress.com, most email I sent or received was to people outside the company.

Because employees are treated like adults there’s less of the grandstanding and approval-seeking that clogs many email inboxes.

Instead Skype, IRC, and blogs provide most of the communication a healthy, productive team needs: that’s what my team used to design and build new features and daily updates used instantly by millions of WordPress.com users.

There is no scientific evidence that resumés and interview loops are effective methods for hiring staff. The job interview process itself is dubious, since few interviewers are truly skilled at doing it without bias.

We use these questionable methods because they’re familiar, and employees are biased: since, in the past those tests have seemed to work, they feel validated when their use is continued on others.

Instead of this mass stupidity, Automattic hires by trial.

They don’t care what degree you have or what skills you list. Instead they ask candidates to do actual work on a trial basis. This takes more time, but they’ve found those willing to put in the extra time are better candidates anyway.

5. There is no innovation without experimentation

Many people talk about wanting big ideas, but it’s rare that talk is matched with action.

The grand frustration in the working world is stasis. Even if you don’t think what WordPress.com does can work for you, you must respect their willingness to experiment. The fact that they hired me, a veteran big company manager, shows their willingness to mix things up and learn from the results.

The history of all innovation makes clear it’s only through trying something new that progress happens. No one can talk their way to progress: we have to step off the stupid — but crowded — path called status quo and experience change.

Isn’t that what our leaders are supposed to be paid to do? If we should demand anything from managers, and perhaps from ourselves, it’s to take the first step, and learning from WordPress.com is an easy place to start.

What are your experiences with work in the last five years? Let me know in the comments …

If you want the full behind the scenes story about Scott Berkun's crazy year at an amazing blogging company, get The Year Without Pants: WordPress.com and the Future of Work, today. You can also read a sample chapter.

Previous article: The Future of Content Marketing
Next article: Save the Date: Authority Intensive, May 7-9, 2014