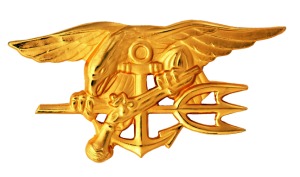 On the evening of May 1, 2011, two Black Hawk helicopters loaded with 23 Navy SEALs, a translator, and a dog named Cairo approached a residential compound outside Abbottabad, Pakistan.

Minutes later, one of the helicopters landed outside the target property. The other spiraled into the ground in a barely-controlled crash landing.

Not exactly according to plan.

And yet, a few minutes later, the 12 SEALs in the downed Black Hawk calmly radioed the other group, and they proceeded with the mission.

Eighteen minutes later, Osama bin Laden was dead. The 23 SEALs, the translator, and the dog all made it home safely.

Given the circumstances, surely this mission constitutes a miracle, right?

Over the past nine years, this team of SEALs had successfully completed so many similar operations that nothing shook them. Not even a crashed ‘copter while going after the most wanted man on the planet.

A senior Defense Department official put it this way:

“This was one of almost two thousand missions that have been conducted over the last couple of years, night after night.” He likened the routine of evening raids to “mowing the lawn.”

I’m in no way comparing what a Navy SEAL deals with to what you deal with as a writer. Writing can be tough, and even scary, but it’s a walk in the park compared to the job performed by any member of the armed services.

But that doesn’t mean you can’t find inspiration in the dedication, perseverance, and sacrifice demonstrated by the SEALs. So here’s what this means for you as a writer:

Previous article: Would You Trade Boredom for Stress to Have Your Own Business?
Next article: Want to Be a Better Marketer? Start by Becoming a Better Teacher