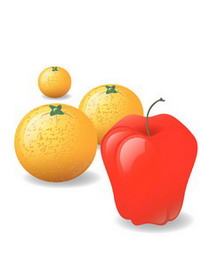 Want to take your copywriting to the next level?

OK, so there’s a cliché in the headline, the opening and the picture of this post, and we’re all in on the joke. But outside of irony, are clichés something you want in your writing?

Clichés are the words and phrases that come to your mind when you write your first draft. They are the language you hear and use when gossiping with your pals. Put simply, in writing, clichés are bland and overused phrases that fail to excite, motivate, and impress your readers or prospective buyers.

Two years back, when I read great copy, or compelling writing in general, I was sucked into it and couldn’t pop my head out until I reached the last full-stop. I wondered what was in such a writing that made it so irresistible.

I kept wondering until I became a blogger, and saw writing from a writer’s standpoint. I discovered that it was the clever use of words that hypnotized me. It was the art of presenting routine stories in such ways that left a deep imprint on my mind.
And, yes, it was writing that engaged my attention by avoiding clichés.

What makes clichés so boring? The fact that clichés are so generic you can attach them to any idea makes them ineffective.
Given that clichés are the phrases that have struck our eardrums uncountable times, we either don’t associate them with particular ideas and products, or we associate many products and ideas with a particular cliché.

Maybe a cliché was a unique expression when you first came across it, but since then, you have heard it repeated so many times, it has lost all the original shine.

Remember what radio show hosts say when they announce a commercial break? They usually go like “Stay tuned. We’ll be back after a short break“. The problem with the cliché “stay tuned” is obvious. It makes us yawn.

Whenever I hear a host announce the break, I tune into another station. But on this Sunday, when I was listening to a music show at a local FM station, and as usual the break time came, the host of the show emphatically said “Don’t tune into another channel while we bother you with a few commercials, there are some very special songs on the other side of the break“.

The host didn’t use the ineffective cliché, and he got my attention with his unique presentation of a boring announcement.

Well, I did stay tuned.

Now, if you start writing with strong phrases, you are going to run into a problem. You might overdo it, and your writing might start looking artificial.

A very straightforward solution to this is to let the clichés come.

As I noted in above lines, clichés are the very first thoughts that occur to you about an idea, and they help you quickly figure out what’s on your mind. It makes sense to get the general ideas out of your head before coming down hard on unworthy expressions.

But when you are done writing, equip yourself with the right armory, and snipe at them clichés one by one!
Replace clichés with more energetic, invigorating, and exciting phrases. Phrases that give your copy a unique aura and hypnotize your readers.

Here are some examples of clichés and their alternatives.

See… it is easy as pie (whatever that means).

What about you? Do you tolerate clichés in your writing?

Check out Blogging Bits for more blogging-related content from Mohsin.

Previous article: Is Digital Coaching Right for You?
Next article: 11 Top Secret Recipes for the Aspiring Copywriting Chef